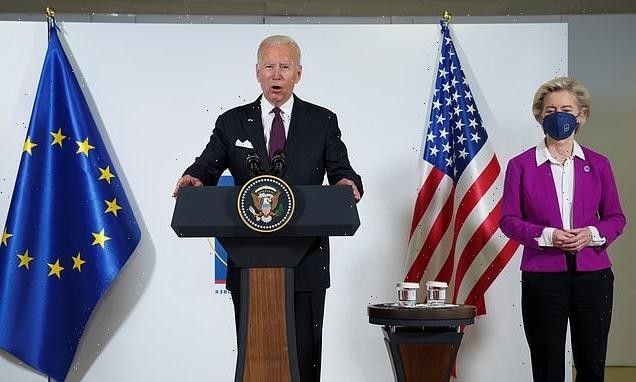 President Joe Biden touted a green new steel deal Sunday afternoon at the G20 summit in Rome, after the U.S. and European Union reached an agreement to settle their rift over Trump-era tariffs.

Biden, standing with European Commission President Ursula von der Leyen at his side, explained that the U.S. and E.U. ‘reached a major breakthrough, that will address the existential threat of climate change, while also protecting American jobs and American industry.’

He touted the climate benefits of the deal, which was pushed by President Donald Trump in his administration and resulted in counter tariffs by the Europeans on classic American products.

‘These arrangements will one lift up U.S. aluminum and steel, which is among the greatest steel in the world – that is somewhat prejudice on my behalf – incentivize emission reductions in one of the most carbon intensive sectors of the global economy; restrict access to our markets for dirty steel from countries like China, and counter countries that dumped steel in our markets, hammering our workers,’ Biden said.

The Trump administration had placed taxes on EU steel and aluminum in 2018 on the claim that the foreign products produced by American allies were a threat to U.S. national security.

Europeans and other allies were outraged by Trump’s use of Article 232 to justify the tariffs, leading many to impose countertariffs on U.S.-made motorcycles, bourbon, peanut butter and jeans, among other items.

President of the European Commission Ursula von der Leyen said the new agreement ‘marks a milestone in the renewed EU us partnership.’

And she said Europeans would be lifting their counter tariffs.

‘I am pleased to announce that the Commission will also proposed to suspend the tariffs that we had introduce,’ she said. 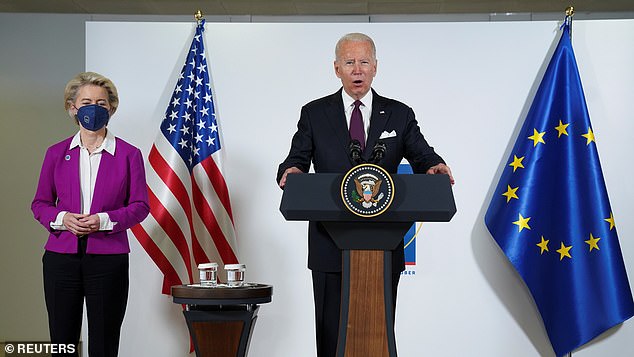 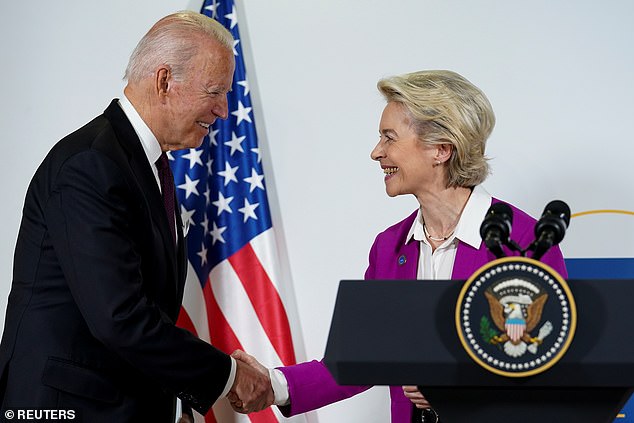 National security adviser Jake Sullivan, U.S. Trade Representative Katherine Tai and Commerce Secretary Gina Raimondo announced the agreement Saturday evening. They said that the Article 232 tariffs won’t be removed entirely but that some quantity of European steel and aluminum will be allowed to enter the U.S. without tariffs under the deal.

‘We were able to reach an agreement whereby the EU will drop their retaliatory tariffs (on American goods),’ Raimondo said.

The agreement would ensure ‘that all steel entering the U.S. via Europe is produced entirely in Europe,’ Raimondo added.

The easing of the tariffs is a key step in unwinding one of Trump’s legacies as Biden has tried to reset the U.S. relationship with Europe.

The deal eliminates Europe’s retaliatory tariffs against U.S. products including whiskey and Harley-Davidson motorcycles that were set to double on Dec. 1, the U.S. officials said. 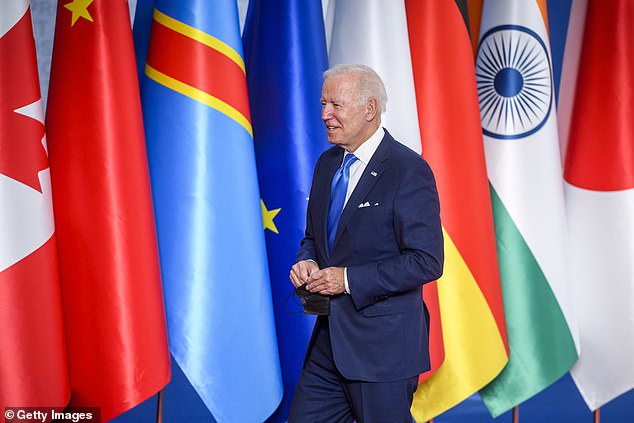 The U.S. and European Union have reached an agreement to settle their diplomatic rift over Trump-era steel and aluminum tariffs as President Joe Biden is in Rome for the G20 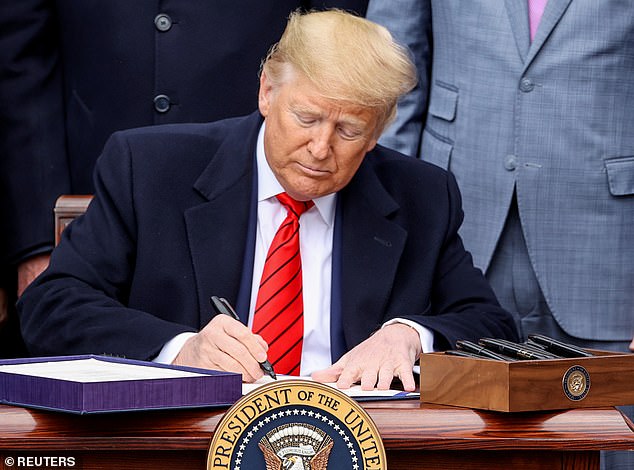 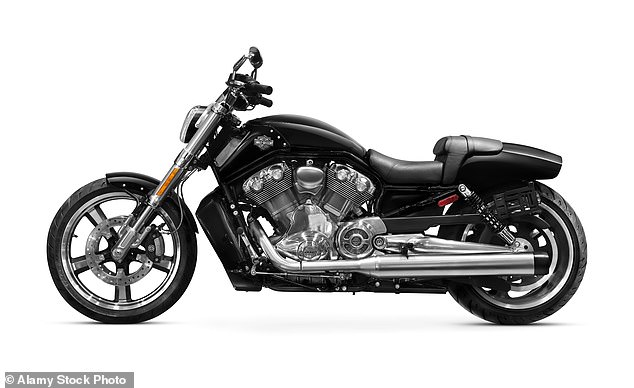 EU responded with countertariffs on U.S.-made motorcycles, bourbon, peanut butter and jeans, among other items

This back-and-forth hurt European producers and raised steel costs for American companies. The tariffs also did not achieve Trump´s stated goals of creating jobs at steel mills. The Bureau of Labor Statistics show that jobs in the manufacturing of primary metals did rise slightly, to as much as 389,100 in 2019. But mills shed workers during the pandemic, and employment in the sector is roughly half of what it was in 1990.

‘The agreement ultimately to negotiate a carbon-based arrangement on steel and aluminum trade addresses both Chinese overproduction and carbon intensity in the steel and aluminum sector,’ Sullivan told reporters. ‘It shows that we can solve the climate crisis while at the same time better protecting our workers – that we don’t have to pick between climate or the economy.’

The European Union took steps in May to improve relations. On some retaliatory tariffs, the EU temporarily suspended planned increases. This meant that American whiskey faced a 25% tax in Europe, instead of a planned 50% tax. The two sides faced a December deadline to avoid the higher tax rate.

The announcement was welcomed by Chris Swonger, president and CEO of Distilled Spirits Council of the United States, after what he called ‘three very difficult years of sagging American whiskey exports.’

‘Lifting this tariff burden on American whiskeys not only boosts U.S. distillers and farmers, it also supports the recovery of EU restaurants, bars and distilleries hit hard by the pandemic,’ Swonger said.