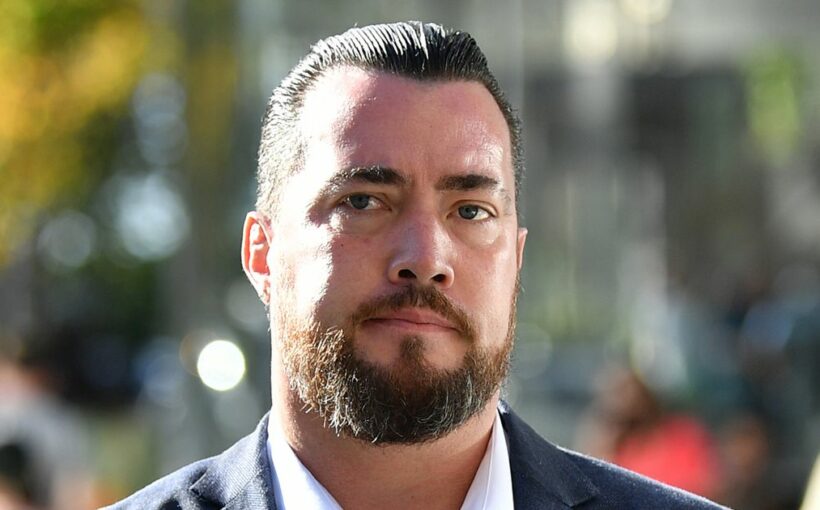 A body modifier allegedly used a branding iron to mutilate a female customer’s genitals and tattooed an eyeball which later leaked.

Brendan Leigh Russell, 40, from New South Wales in south east Australia, has been accused of inflicting pain on several women.

The tattooist, who calls himself BSlice DotCom, is set to face a four-week trial over the alleged offences.

One woman complained of pain after Russell allegedly implanted a plastic snowflake in early 2017, the Australian Associated Press reports.

He told her to visit him instead of a hospital and said it was “just irritated”, a NSW district court heard.

The woman later died from septicemia, poisoning of the blood.

Russell has already pleaded not guilty to her manslaughter.

Another woman allegedly had her genitals mutilated by a branding iron in 2015 – an incident the defendant denies.

Russell admitted removing part of a woman’s genitals, the court was told.

Crown prosecutor Chris Taylor said: “By and large the complainant … consented to the excision of her labia by the accused, but you will see in the legislation that consent is no defence … so there is no issue regarding consent.”

Russell has pleaded not guilty to manslaughter, female genital mutilation, and grievous bodily harm with intent.

The third charge relates to a woman who wanted a “tummy tuck” in 2016.

In July, a man dedicated to body modification revealed he had his ring finger removed.

Michel Faro do Prado, 44, has been dubbed the “Human Satan”.

The Brazilian sent nearly £800 on curved tusks which stick out from either side of his mouth.

He has also had the end of his nose removed, a procedure which carries a range of risks and health complications.

Michel also has four horns on either side of his head and several implants under the skin of his forehead.