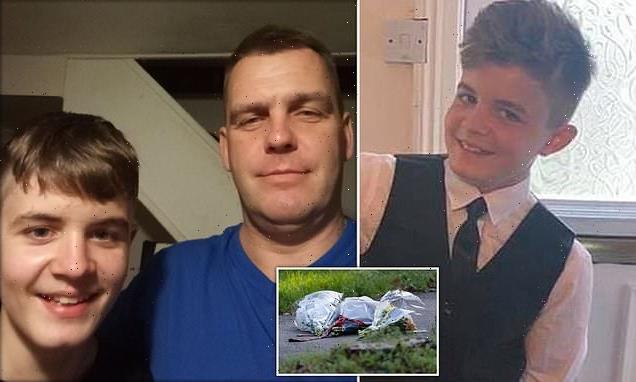 Boy, 15, who murdered 12-year-old friend he lured to woodland and tried to decapitate ‘because he was a snitch’ is NAMED as judge lifts identity ban after he was jailed for 16 years

A 15-year-old boy jailed for a minimum of 16 years for murdering his 12-year-old friend Roberts Buncis and trying to decapitate him has been unmasked by a judge.

Killer child Marcel Grzeszcz can now be named after a ruling from a High Court judge at Lincoln Crown Court.

A trial at Lincoln Crown Court  earlier this year heard that the defendant ‘intended at the very least to inflict serious violence’ on his young victim because ‘he was a snitch’.

The teenager claimed Robert had taken the knife to the scene and he ‘lost control’ when the youngster attempted to stab him. 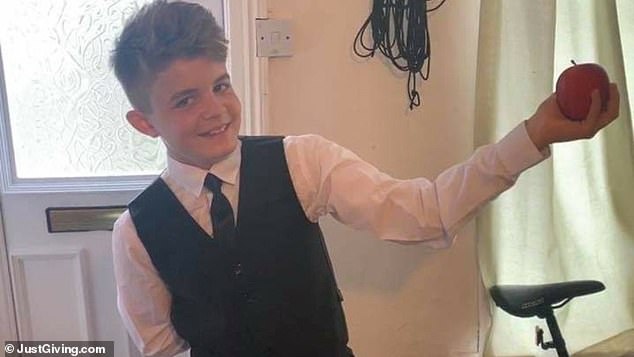 A teenager has been convicted of killing 12-year-old Robert Buncis, 12, (pictured) who was found dead on common land at Fishtoft, near the town of Boston, Lincolnshire on December 12 Flowers left at the scene where Police search undergrowth in Fistoft, Boston, Lincolnshire

Jurors dismissed Grzeszcz’s account after under two hours of deliberations, and instead concluded he was ‘motivated by anger and tried to punish the deceased rather than losing self-control’.

The youth admitted manslaughter mid way through his trial but denied murder. 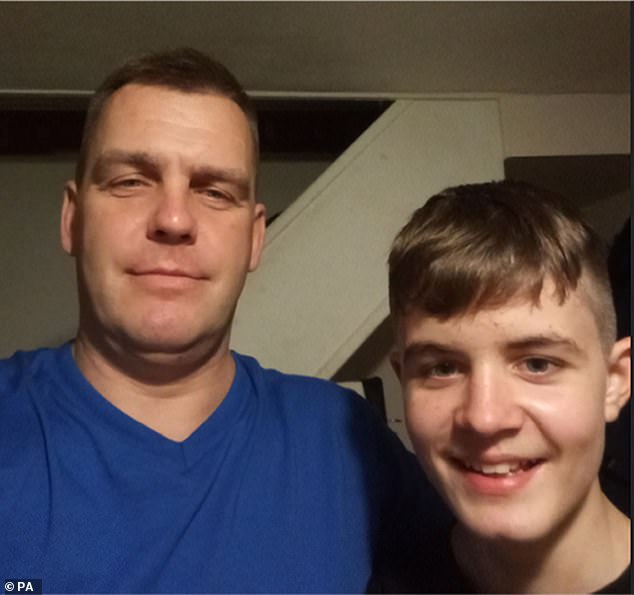 A teenager, who cannot be named, has been convicted of murdering 12-year-old Roberts (pictured with his father) after luring him to woodland and attempting to decapitate him

The teenager’s trial was told he stabbed Roberts ‘in excess of 70 times’, with a wound to the neck that was ‘consistent with a decapitation attempt.’

Roberts was lured to the area by the defendant before he was subjected to a ‘savage prolonged attack’ with a knife and left to die on the village green before his body was found at around 10am the next day.

He was found with stab injuries to his right side, shoulders, arms and three severe stab wounds to his head with the tip of the blade lodged in his skull.

Jurors were told the Grzeszcz ‘lured’ his victim to the area after the pair exchanged Facebook messages.

The youth also sent messages to other friends after the attack saying: ‘It wasn’t meant to go down like this.’

Adjourning the case to a date to be fixed, the judge told the youth’s barrister: ‘I am not intending to proceed to sentence this afternoon. 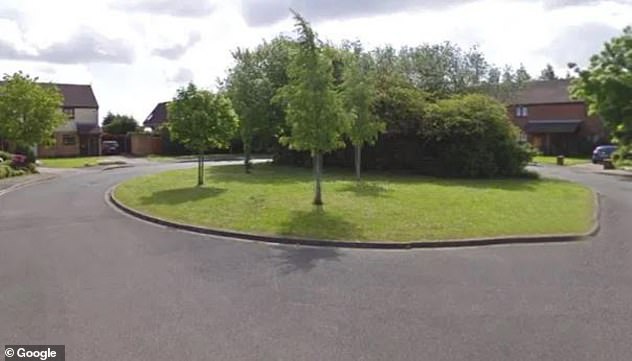 Pictured: Fishtoft, Lincolnshire where the body of Roberts Buncis was found in December

‘I fully understand that there may well be material which the defence and possibly the prosecution, will want to provide to me, which will be relevant to the sentencing exercise.

‘It may be that you would like to give some thought to the nature of that material.

‘In any event, it’s not a straight-forward sentencing exercise, and I would welcome input from both yourself and the Crown as to the appropriate sentence in this case, as far as length is concerned.’

The judge, who excused the jurors from further jury service for the next five years, said he would consider an application to lift reporting restrictions in the case at the sentencing hearing.

Acting on behalf of the Grzeszcz, defence QC Brendan Kelly admitted the violence was ‘extraordinary’ but submitted it indicated a ‘loss of control’ from the defendant.

Addressing the jury during the trial, the prosecution told the jury the murder was ‘brutal’, ‘sustained’ and ‘gratuitous’.