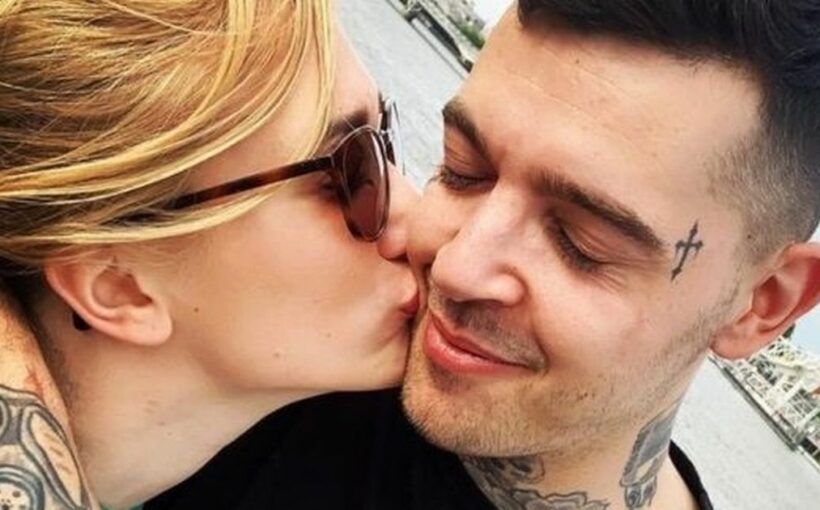 A dad who left his wife and children to for a Ukrainian refugee they had taken in has now split up with his new girlfriend after a "furious row".

Tony Garnett, 30, says he's shown Sofiia Karkadym, 22, the door just four months as he had made 'a mistake'

He left his partner of 10 years and their two kids and now says he thrown the Ukrainian refugee's things into bin bags.

As exclusively reported by MailOnline, Tony said: "I am 100 percent through with her. We are finished as a couple."

Tony and his former partner Lorna Garnett, 28, took Sofiia in after she was displaced by the Russia-Ukraine war – but she and the construction worker fell in love just days after she arrived to stay in their home.

The couple made headlines back in May when the pair moved out of Tony and Lorna's family home to start a new life together in Bradford, West Yorkshire.

But an alleged row on Saturday has brought their short-lived romance to an end.

"I have made a mistake going into a relationship with Sofiia," Tony added.

"I left Lorna and my two children for her, and I made every extra effort I could to help her keep us together.

"I worked so hard to make this relationship work. I knew that we would look like t***s if we broke up because we have a media profile and all the attention that has been put on us on television and on the internet.

"I also genuinely felt sorry for her. She left her home and her country which was at war and knew nobody here.

"Yes, I felt and I thought I was in love with her. But there is a side to her which I just cannot put up with any longer," he added.

He also stressed that his break-up with Lorna was not a direct result of his relationship with Sofiia.

"As I have said before, my relationship with Lorna was already over and I was really unhappy," he said.

Tony has now put Sofiia's belongings in bin bags ready for her to collect, and she will have to find somewhere new to stay now their relationship has gone south.

"I hope she finds somewhere safe to live and is in a happier place," Tony added.