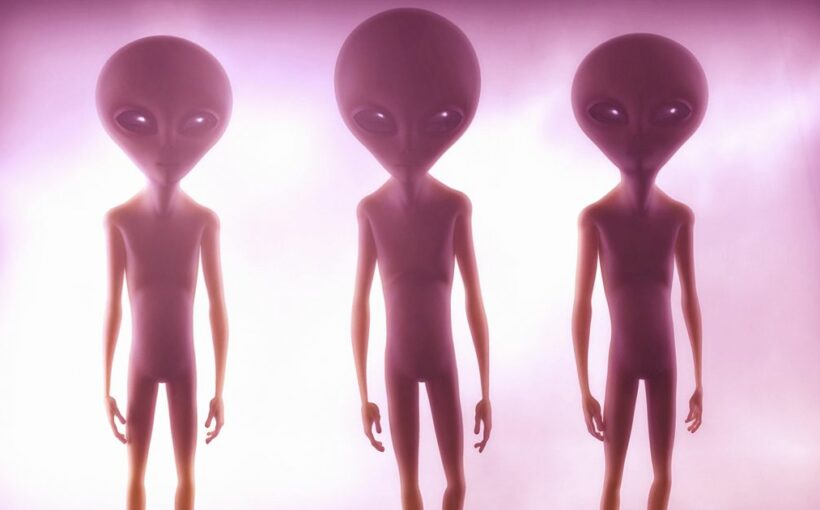 A number of "beautiful" aliens dubbed "sextra-terrestrials" have kidnapped scores of humans for sex, a new book claims.

Jerome Clark, author of UFOs in the Late Twentieth Century, says the bizarre sexual kidnappings have taken place over the last 20 years.

One of the victims includes a British person taken by a blonde alien of "beautiful appearance and friendly demeanour."

Aussie Peter Khoury also told Mr Clark he had an experience with a "naked" blonde being in Sydney in 1992.

Jerome, who gave a sneak preview to the Sun, writes: "He was shocked to see two strange women kneeling on his bed. Both were naked. One appeared Nordic and the other Asian."

The book claims the Nordic alien pulled Peter's head to her breast three times before he tried to bite her nipple.

She then tried to have sex with him, Koudry says, but she vanished, leaving some blonde hair behind, which helped people believe his tale.

An analysis of the hair allegedly found them to be a hybrid of Asian and Gaelic advanced DNA.

Jerome's book also includes an account from a woman from Indianapolis, US, who claims aliens impregnated her aboard a ship.

The woman says extraterrestrials returned for the foetus, and then took her once more to introduce her to her half-human, half-alien daughter.

Jerome, who has appeared on ABC News Special Report, Unsolved Mysteries, to discuss UFOs and other oddities went on to discuss the process of an abduction.

He writes: "Their usual dress is a coverall or one-piece jumpsuit, often skintight, perhaps even so snug that the beings appear (or are) nude.

"Abductions can happen anywhere and may last anything from 20 minutes to five days.

"The usual duration is one to three hours. Most happen at night.

"A key procedure is inspection of the reproductive organs, often followed by extraction of sperm or eggs."