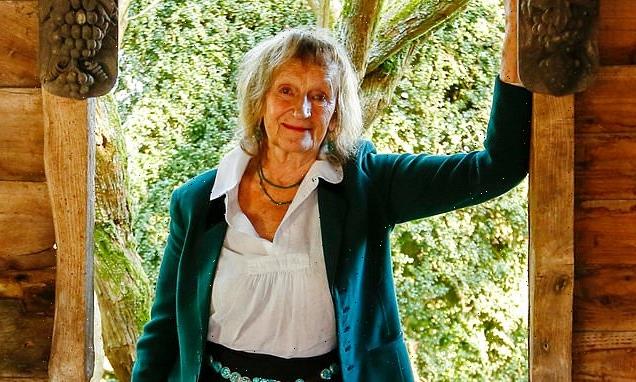 An aristocratic couple are embroiled in a High Court claim against an art dealer over the £1 million sale of a French ‘masterpiece’ from their family collection which was later resold for millions more.

Trustees of the Wemyss Heirlooms Trust are bringing a claim for millions of pounds in damages against Simon C Dickinson Limited (SCD), alleging that the sale of the painting, purportedly by 18th-century artist Jean-Baptiste-Simeon Chardin, on the trust’s behalf was conducted in an ‘unprofessional and shoddy manner’.

Amanda Feilding, 81, the Countess of Wemyss and March and one of the trustees, is suing the dealer claiming the trust is entitled to money it lost out on from the sale eight years ago.

Her husband James Charteris, the Earl of Wemyss and March and beneficiary of the trust, joined her at court in London on Thursday October 6 amid an ongoing seven-day trial.

The case, outlined in court documents, centres on a version of Chardin’s Le Benedicite, or Saying Grace, the ‘prime original’ of which hangs along with another version in the Louvre in Paris, France, with a third version – accepted as being entirely by the artist’s hand – in the Hermitage in St Petersburg, Russia.

Simon Dickinson, a former senior director at auctioneers Christie’s and director of SCD, helped arrange the July 2014 sale of the painting to Verner Amell, a Scandinavian art dealer with a gallery in Stockholm, Sweden, for £1.15 million, the court has been told.

The artwork, bought in 1751 by the Earl’s ancestor Francis Charteris, had earlier received a ‘light clean’ and was sold as ‘Chardin and studio’, with Mr Dickinson believing there were limited opportunities to sell it due to an expert’s view that it was not wholly by the renowned French artist.

Feilding (pictured in 2019) — now the Countess of Wemyss and March — had been introduced to the technique by an ex-lover and mentor, a Dutch scientist

Six months later, the painting was bought by a family trust of the ‘hugely rich’ art collector and former chairman of financial advisers Lazard, the late Michel David-Weill.

The court was told the re-sale came after the painting was further deep cleaned, a purported ‘Chardin’ signature was discovered, and an expert hailed it as a ‘fully autograph masterpiece by Chardin himself’ – meaning entirely painted by the artist.

Lady Wemyss, bringing her case with fellow trustee Vilma Ramsay, argues the trust is entitled to the difference between the July 2014 price and that which would have been obtained if the painting had been sold ‘as a Chardin at its actual market value’.

Andrew Onslow KC, representing the trustees, said in written arguments that the SCD sale had involved ‘breaches of duty’ and had been ‘conducted in an unprofessional and shoddy manner; at extreme and unnecessary speed; after inadequate and mistaken research’.

He added this was done ‘without any effort to market the painting, let alone efforts which met the standard of the reasonably competent international art dealer entrusted with such a sale; and without any real disclosure or explanation of the approach being taken’.

‘It is not easy to fathom or explain the degree of inattention and incompetence displayed by (SCD) in the handling of the painting,’ Mr Onslow said.

He claimed the dealer had given a ‘frankly bizarre’ explanation that the picture was ‘sold so quickly for fear of over-exposure to the market’.

Mr Onslow added: ‘The likeliest explanation … appears to be an initial failure of research, a fixed but insupportable view of the leading expert’s opinion of the painting … and Mr Dickinson’s unjustified assumption of the role of expert arbiter.’

The barrister explained that an ‘unusual’ aspect of Chardin’s work was that he painted replicas of his pieces ‘entirely, or almost entirely, by himself’.

Lawyers for the trustees argued that leading Chardin expert Pierre Rosenberg was ‘clear’ that he ‘regarded the painting as being, without qualification, by the hand of Chardin’.

They argued that, according to the trustees’ own separate expert, Mr Rosenberg’s use of the term ‘copie retouche’ to describe it meant the ‘wholescale finishing of a replica or repetition’ by the artist.

Mr Onslow said that instead of consulting Mr Rosenberg, Mr Dickinson had ‘assumed the role of expert himself’ and was influenced by a ‘false memory of an unrecorded conversation’ with the expert.

Lawyers for SCD, which is rigorously defending the claim and denies any negligence, say some experts give lower valuations of the Watteau piece, and that the ‘masterpiece’ description is ‘inconsistent’ with the view of Mr Rosenberg – the ‘pre-eminent’ Chardin expert and former Louvre director.

In written arguments before the court, Henry Legge KC, for SCD, said the claimants have ‘previously benefited hugely by discoveries made by the defendant, who had managed to secure positive attributions for a Poussin and Botticelli which had previously been assessed much less favourably, so may feel that they should have done better on this occasion’.

He added: ‘However, the fact that the buyer of a painting is able to find someone who will buy the painting for much more than he paid does not mean that the original seller has acted negligently or improperly.

‘The possibility of huge gains being made on the sale of the right piece to the right buyer is the nature of the art world and this is especially the case where, as in this case, something is discovered about the painting which might make it more saleable and which the seller could not reasonably have discovered.’

Giving evidence on Thursday, Mr Dickinson, an experienced dealer who established SCD in 1993, said he thought he got a ‘very good price’ for the artwork, adding: ‘I still believe the picture is not entirely by Chardin.’

Mr Legge said in written arguments that SCD had not fallen ‘below the standard required of a reasonably competent specialist’ in taking the view that nothing had been disclosed by the painting’s first clean which made it worth referring to Mr Rosenberg.

During a 1992 visit to the art collection at Gosford House in Longniddry, Scotland, a home owned by the Charteris family, Mr Dickinson claims that Mr Rosenberg ‘said words to the effect of there was no Chardin at all in the painting and that it was ‘totally studio’,’ Mr Legge said.

He added that SCD correctly understood Mr Rosenberg’s ‘published view’ of the work as ‘copie retouche’ meant it was ‘a copy done by someone else and then touched up by Chardin’.

Mr Dickinson secured the dealer-to-dealer sale due to Lord and Lady Wemyss’s ‘desire for privacy and their inclination to raise funds’, the court was told.

Mr Legge said only three Chardin paintings sold at auction before January 2015 went for more than one million dollars (£880,000) and that Mr Rosenberg re-examining the Wemyss painting and publishing a negative opinion may have had a ‘disastrous’ impact on its value.

He highlighted the fact that a different expert instructed by SCD believed ‘only a brave and very unusual’ private collector would have ignored Mr Rosenberg’s views, with Mr Amell admitting he took an ‘enormous risk’ in buying the painting.

The trial before Judge Simon Gleeson continues, with a ruling expected at a later date.