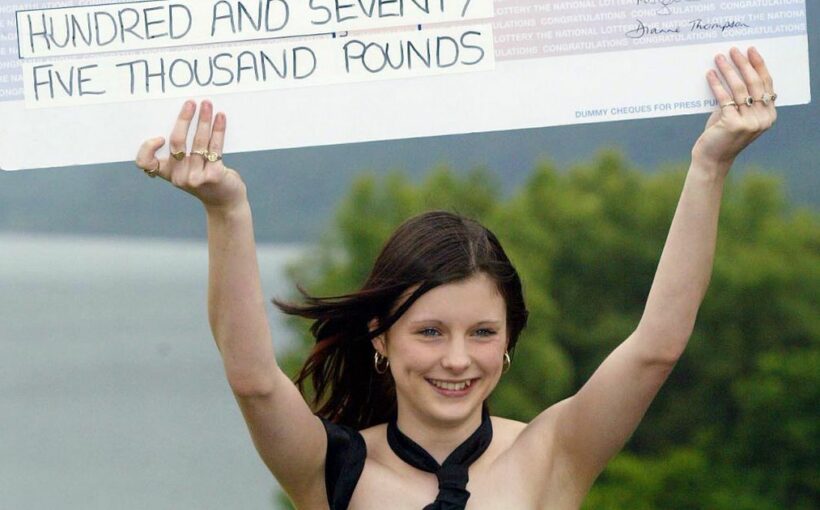 Britain’s youngest ever Lotto jackpot winner, Callie Rogers, has been showing off her latest dramatic look on social media.

The 33-year-old who bagged £1.8million in 2003 when she was just a teenager has gone for the full buzzcut and shaved off her hair.

Callie who normally has long brown locks decided to go in the completely opposite direction by cutting it all off and dying it grey, reports The Sun.

The mum-of-four posted photos of the new trim on social media and looked pretty pleased with her new fashion look.

In the post on Facebook she wrote: "The biggest challenge of Life is to be yourself. In a world that is trying to make you like everyone else."

In the snap Callie showed of her array of tattoos while dressed in a white vest top that left very little to the imagination.

Callie has previously spoke out about how her jackpot win plunged her into a cycle of despair, with fake pals taking cash off her and a string of failed relationships.

When she won the lottery jackpot in 2003 she was working on the tills at a local supermarket and hoped the winnings would last a lifetime.

In March she appeared in court after crashing her Hyundai 4×4 through a farmer's fence in Crosby, Cumbria and then testing positive for cocaine.

During proceedings it was revealed that Callie was now living on benefits and in receipt of Universal Credit for herself and the children.

In 2018 she was left battered and bruised after she was assaulted by two women during a night out.

Her attackers Marie Hinde, 38, and Jade Quayle, 27, were later jailed after Rogers was left unconscious with broken ribs, smashed teeth and permanent damage to her eyesight.