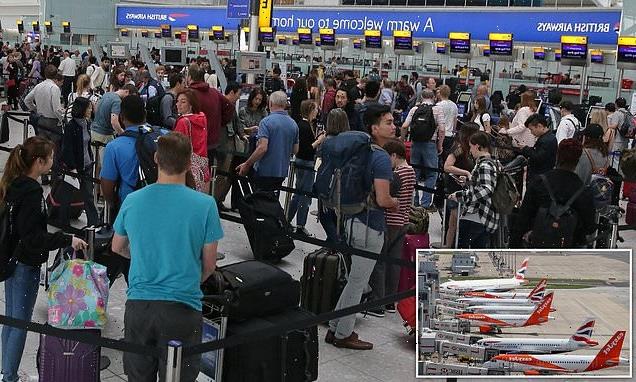 British Airways has launched a new short-haul airline that will fly from Gatwick Airport to 35 holiday destinations from March next year.

The subsidiary airline will operate under the British Airways name, but will exist as an ‘entirely separate entity’, the firm said.

The vast majority of its short-haul flights from Gatwick have been suspended since the beginning of the Covid pandemic in March last year.

However, the airline has long struggled to make its flights from the airport profitable, even prior to the pandemic, and said it would only resume if there was ‘a competitive and sustainable operating cost base’.

The airline said tickets are available from £39 each way (based on a return journey) and are ‘competitive with those of Gatwick no-frills carriers’.

British Airways has made the move as part of aims to remain ‘agile and competitive’ with short-haul rivals easyJet – the current dominant airline at Gatwick. 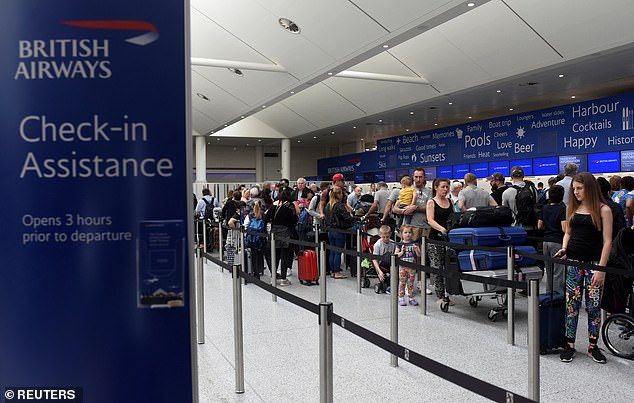 Travelers queue with their luggage for the British Airways check-in desk at Gatwick Airport. The airline has announced it has created a short-haul subsidiary serving 35 destinations 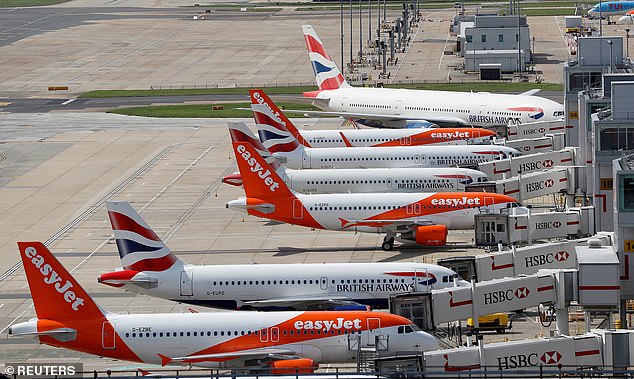 ‘The creation of a new British Airways short-haul organisation means Gatwick customers will benefit from access to a premium service from the UK’s flag carrier at competitive prices.

‘We are looking forward to bringing a short-haul network back to Gatwick, with a fantastic flying team in place, to serve our customers from London’s second hub airport, which we feel sure will be a success.’

The new subsidiary will begin flying in March 2022.

Passengers are being promised they will receive ‘the same high level of service they expect of British Airways’, including free water and snacks, a ‘generous’ baggage allowance, free seat selection within 24 hours before departure and frequent flyer benefits.

British Airways negotiated new agreements on pay and working conditions with pilots and cabin crew in relation to the new subsidiary.

The operation will be similar to that of BA CityFlyer – a British Airways subsidiary based at London City.

It will initially be run by British Airways, beginning with three Airbus short-haul planes, before ramping up to 18 aircraft by the end of May ahead of the crucial summer holiday period.

By autumn 2022, flights will be managed separately under the trading name BA Euroflyer, but the brand name will remain British Airways. 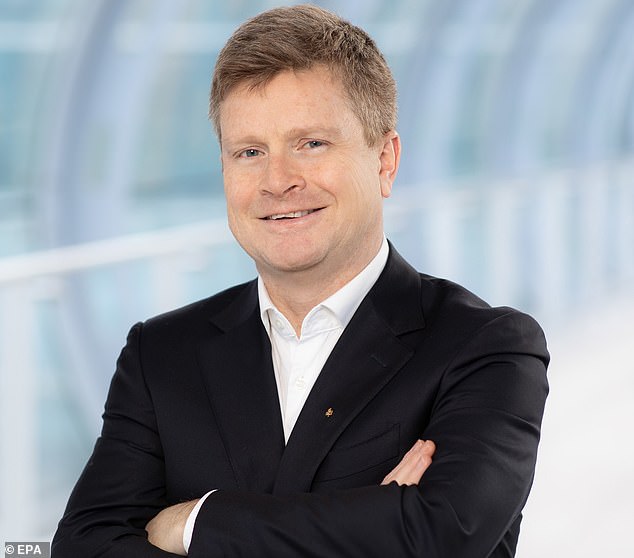 The airline previously had a schedule of 47 short-haul routes and 1,881 flights from Gatwick prior to the pandemic, according to travel data and analytics firm Cirium

It had long tried to ensure short-haul flights from the airport were profitable, using a number of strategies.

The failed ‘hub without the hubbub’ operation at Gatwick North Terminal lasted only briefly and offered a connecting time that was as little as 26 minutes.

In the 1980s, the firm took over British Caledonian and then Dan-Air, leaving it with duplicated and incoherent services.

After the 9/11 terrorist attacks in 2001, easyJet embarked on a major move to Gatwick, which is now its main base.

It meant that the airline struggled to maintain profitability on its short-haul routes while competing with its budget rival.

However, the move to create a subsidiary airline is hoped to keep the business ‘agile and competitive’ with short-haul rivals easyJet.

Gatwick is usually the UK’s second busiest airport, but has been hit hard by the pandemic.

Just 4.6 million passengers travelled through the airport in the 12 months to the end of October, significantly down on 46.6 million in 2019.

Gatwick chief executive Stewart Wingate said: ‘This significant news will be very welcome for many people connected to the airport.

‘Despite the ongoing public health situation, today’s announcement is a positive signal that consumer confidence is returning as people start thinking about making travel plans for next summer.

‘Given the difficult period we have all just been through, we expect BA’s new and extensive network of services from Gatwick to destinations across Europe to be in high demand and our staff, retailers, restaurants, cafes and bars are all looking forward to welcoming BA passengers back in larger numbers from April next year.’ 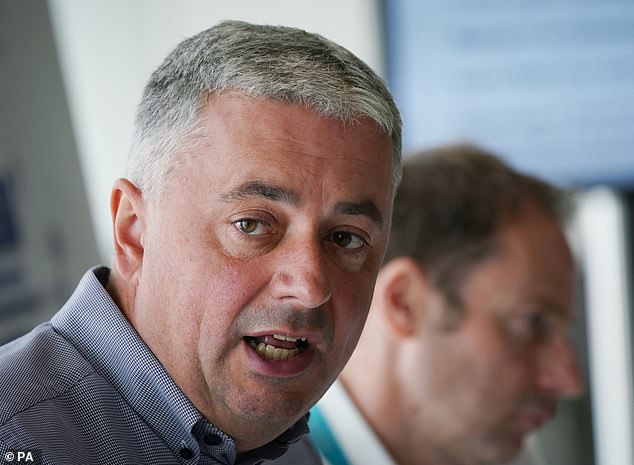 The announcement comes as British Airways was one of seven of the UK’s largest airlines and travel companies to blast the introduction of ‘disproportionate and haphazard’ new travel rules in a letter to Boris Johnson on Monday.

Tighter restrictions came into force amid concerns of a ‘tidal wave of Omicron’ spreading across Britain, with a further 1,576 cases of the highly-evolved variant reported on Monday.

The new rules mean everyone entering the UK must have evidence of a negative test prior to their departure and must self-isolate until they have a negative result from a test after arriving back in the country.

Previously, the fully vaccinated were only required to take a cheaper lateral flow test – and did not need to self-isolate unless they received a positive result.

Instead, airline bosses have demanded ‘all emergency testing for fully vaccinated passengers should be removed at the formal review on 20 December’.

The letter also asked for a ‘package of bespoke economic support measures should be provided immediately to bridge the sector through this crisis’.

Meanwhile, Transport Secretary Grant Shapps is understood to have convinced colleagues to scrap the red list in favour of replacing it with testing for the fully vaccinated.