A British school boy on a £20,000 luxury cruise of the Mediterranean was allegedly sexually assaulted as he played in a swimming pool – sparking a police investigation.

The 15-year-old boy, who cannot be named for legal reasons, was on a family holiday when he was approached by a man in his 60s, as he played in a swimming pool with his niece.

The teenager and his family were aboard the Seven Seas Explorer vessel when the incident happened after the ship anchored off the coast of Dikili in southern Turkey.

The boy later told his family how he and his young relative were in the pool when the stranger man put his arms around the boy and touched him intimately while asking his age. 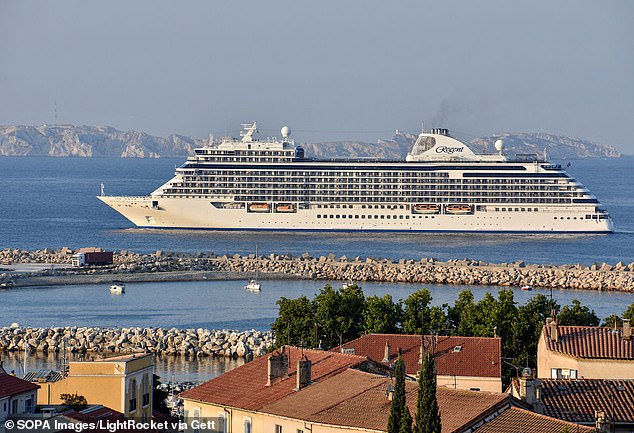 A British school boy on a £20,000 luxury cruise of the Mediterranean was allegedly sexually assaulted as he played in a swimming pool. Pictured: Stock photo of the Seven Seas Explorer cruise ship

The boy leapt out of the pool and ran and told his mother what had happened, and security were called.

A passenger who is understood not to be British was later placed in his cabin.

When the ship arrived in Istanbul on Sunday the man was taken to a local police station along with the teenager and his mother where a formal complaint was made.

The boy’s mother, who runs her own successful business, told MailOnline:’ I’m just so shocked and my son is still extremely distressed by what happened.

‘He hasn’t eaten properly in three days and is very scared and wary now of adults and basically, he is just in pieces.

‘He approached my son when he was in the pool and he was asking him his name and then his hands went under the water and they were all over my son.

‘He was touching him sexually. My son is only 15 years old and was terrified by what was happening.’

The incident happened towards the end of a ten day £20,000 cruise the family had been on which started in the Greek capital of Athens and ended in Istanbul.

MailOnline has seen a copy of the statement given by the boy’s mother to Turkish police in Istanbul and her son was also examined by a local doctor.

The woman added:’ I was just so shocked by what happened that I contacted the British Consulate in Turkey and they advised me to report the matter to the police.

‘The ship security informed the police as well and he was taken off at Istanbul when we docked and questioned. It was a holiday the following day and I’m waiting to hear from my Turkish lawyer on the latest developments.

‘The cruise line has everything on CCTV and you can clearly see this man approaching my son and I have asked that it is forwarded to me as soon as possible.

‘We were in the police station in Istanbul for eight hours and so had to change all our travel plans to get home but my son is in bits.

‘You wouldn’t expect this sort of thing to happen on a luxury cruise in the Mediterranean.’ 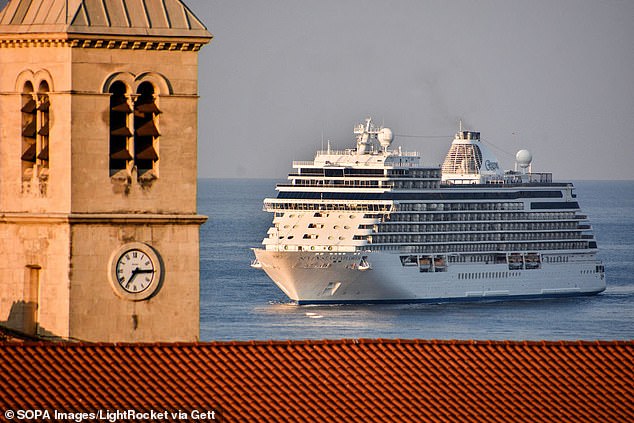 The ten deck Seven Seas Explorer is a flagship of Regent Seven Seas Cruises and has 366 suites with no cabins and is the final word in luxury.

It can accommodate 732 guests looked after by 567 crew and is 224 metres long and on its website it boasts of offering ‘an in suite experience like no other at sea’.

The Seven Seas Explorer was launched in 2016 and with its artwork by Pablo Picasso on the walls, is the flagship of Regent Seven Seas Cruises.

She was christened in Monte Carlo by Princess Charlene of Monaco and featured on the Channel 5 documentary The World’s Most Expensive Cruise Ships.

A Foreign and Commonwealth Development Office spokesperson said: ‘We are supporting the family of a British child following an incident in Turkey and are working with the local authorities.’

In a statement to MailOnline Regent Seven Seas Cruises said: ‘We are aware of a recent incident on board Seven Seas Explorer. The safety and security of our guests is paramount and we have provided support to the family but we are unable to comment further on an ongoing investigation.’

The man detained by police is understood to have strongly denied any wrongdoing.