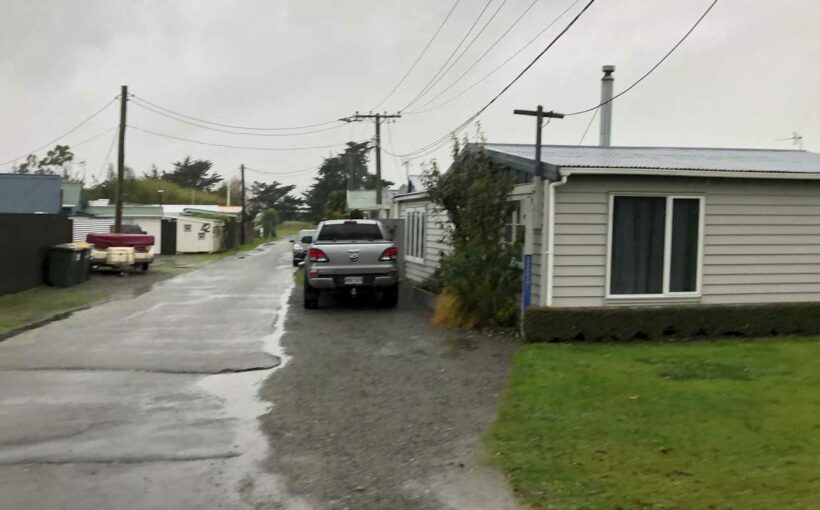 About 70 residents of Selwyn Huts have been asked to evacuate as rising river levels threaten to cut off access to the settlement.

Selwyn District Council is also telling Sheffield, Waddington and Springfield residents to self evacuate if they concerns, as surface flooding affects significant areas of the township.

Selwyn Civil Defence was going door-to-door on Sunday afternoon requesting residents to “evacuate now”, as flooding of the Selwyn River was expected to cut off access to the settlement via Days Rd.

They said a flood flow breakout above the huts and over the road was “very likely to occur in this event”.

Resident Robby Hyde lives in the Upper Huts and said they expected the river to rise up the huts later this afternoon.

“We only know the river is going to come up this afternoon some time,” he said.

“Everybody is going to stay at the moment, until they see what happens – probably until about 3 o’clock.”

“I think a lot of people will go and a lot will stay, because it’s their home,” he said.

“And they’ve seen this before too, so they’re quite sure they’re going to be okay.”

“People here are scared of somebody here robbing stuff so they don’t want to go.”

“Most people will go, I think, this afternoon at some stage.”

Hyde was planning to wait until he was sure his boat would be safe in the river, and then would relocate to his daughter’s house in town.

Senior Constable Herbert Inwood was on the scene in the event police were given the power to move people on.

“The council might put some powers in this afternoon or later in the evening that we might have to enforce,” he said.

The notice from Civil Defence said the road would be closed after the evacuation order, until it was safe for residents to return.

They asked evacuating residents to secure their homes, turn off power, water and gas, and take enough medicines and personal items for a two to three-night stay.

A community-led emergency centre has also been opened at the Darfield Recreation Centre.