Home » World News » ChatGPT won’t take your job, but you will need to learn how to use it 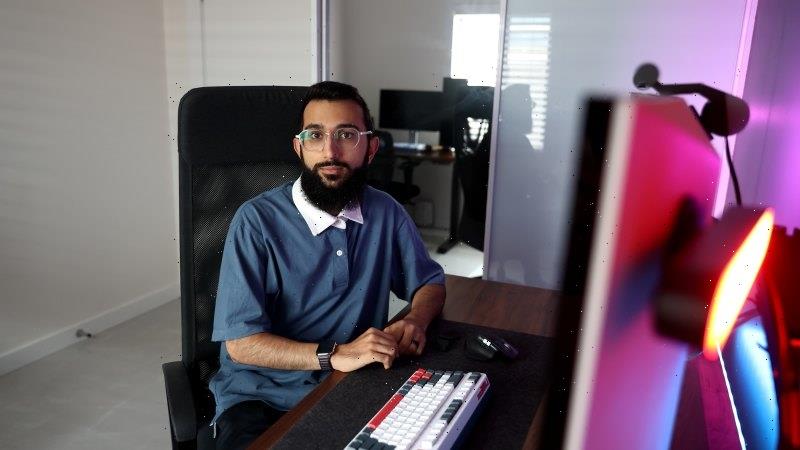 As waves of new technology crash over and disrupt the economy, “learn to code” has become a common utterance – often to workers worried about losing their jobs to automation.

That’s part of the promise and peril of ChatGPT and a new wave of AIs that can hold human-like conversations, write articles and academic essays, summarise reports, paint pictures, and – yes – write code.

Software engineer Mazen Kourouche, creative director at Litmus Digital, is already using the AI to replicate large parts of his work. ChatGPT excels at writing the algorithms that sit at the functional heart of good code. It is very good at building websites. And it can quickly parse Kourouche’s code and spot errors.

But like everyone The Age and the Herald spoke to for this story, Kourouche is not worried about it taking his job. He thinks it will simply make him more productive.

“AI is not going to replace our jobs,” he says. “But someone who knows how to use it will.” 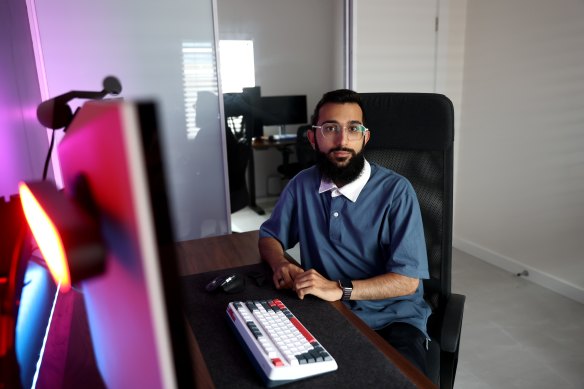 ChatGPT is the public face of a breakthrough in AI models. Deep learning, a technique that allows AIs to learn from large amounts of data, has been around for decades but really took off in 2010 as computers powerful enough to run them efficiently started to arrive. The field accelerated exponentially in 2017 with the development of transformer models like ChatGPT – an approach that allows AIs to understand the relationship between words.

By running these models on supercomputers – Microsoft built one specifically for ChatGPT – and training them on almost 600GB of data from books, Wikipedia and the wider internet, these AIs are able to convincingly generate human-like text. Others like DALL-E can generate whole artworks from text prompts.

ChatGPT itself said it expects “jobs that involve repetitive tasks, data entry and simple decision making are most likely to be replaced … customer service representatives, telemarketers, and data entry clerks”. 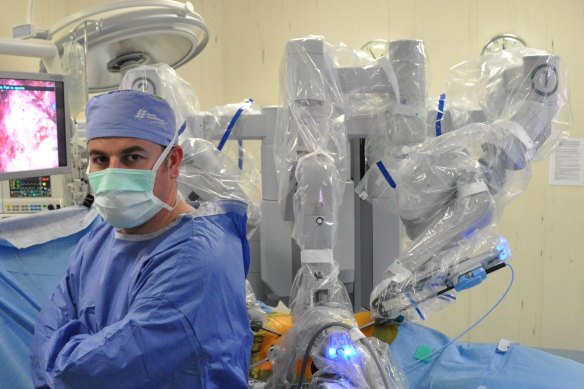 It is hard to imagine society will lament the loss of telemarketers. But ChatGPT’s answer is somewhat modest. Few would consider radiology “simple decision-making”, yet a radiology AI performs almost as well as experts on radiology fellowship exams. A medical AI achieved 92.9 per cent accuracy answering a battery of common health questions. ChatGPT itself can almost pass US medical licensing exams.

Professor Declan Murphy, director of genitourinary oncology at the Peter MacCallum Cancer Centre, can already see the AI’s value in his own practice, like writing up-to-date information leaflets for newly diagnosed patients.

“We’re going to have to embrace them because they are not going away,” he says. “Resistance is futile.”

The models do have limitations. Centrally: they don’t actually understand what they are talking about.

Talking to a medical AI is like talking to an actor playing a doctor. They can confidently answer a wide range of medical questions, says Professor Nicholas Davis, co-director of the Human Technology Institute, but ultimately “you’re still talking to someone who is impersonating a doctor”.

That means they lack the “human element of cadence, voice of the customer, flow, idiom, even human empathy” that remains central to many creative pursuits, says Sydney-based SEO copywriter Rachel Green.

SEO copywriters write content that tries to respond to things people often search for – which requires the copywriter to put themselves in the shoes of the person asking the question. “In my experience, I don’t think a bot can ever replicate all that,” says Green.

The models seem likely to be socially disruptive. The software is capable of churning out essays complete with references, raising big questions about the future of homework.

“Clearly, we won’t be asking people to write 2000 words on a medical topic [in medical school],” says Murphy. “I don’t see how we’re going to presume people aren’t using AI tools. That will have to change.”

They may even change the way we search the internet. Many Google searches are questions: Why did Russia invade Ukraine? Can you get COVID twice? These searches return websites – but an AI can return actual answers. Google has held a semi-monopoly on internet searches for two decades; the company’s executives fear ChatGPT – which is partially owned by Microsoft – could spell the end of all that, The New York Times has reported.

Through history, we have been through many waves of technological disruption we thought would destroy jobs – the car, the calculator, the computer, Microsoft Excel. Yet, Australia’s unemployment rate sits at 3.5 per cent.

The Australian Institute of Machine Learning’s Dr Paul Dalby, author of a Senate report on AI’s impact on the future of work, points to a theory known as Baumol’s cost disease – which posits that as one part of the economy becomes more productive it gives those workers more money to spend, which grows other parts of the economy and creates new jobs. 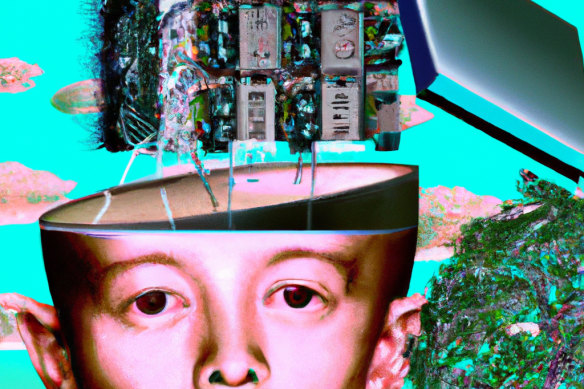 An image generated by AI DALL-E to illustrate a story about the promise and perils of AI.Credit:DALL-E

“Unemployment is entirely disconnected from automation,” he says. “If we automated every single job we have today we would still have jobs in the future. Rich people just have to spend more money on shit.”

Rather than replace jobs, AIs like ChatGPT will make workers more efficient by automating repetitive tasks, allowing them to spend more time on stuff that only humans can do and therefore making them more productive.

“You’re seeing it now in the industry – it’s a great time-saving tool,” he says.

He does not expect it will replace graphic designers – just make them more efficient. The key, he says, is the “prompt”, the instructions given to the AI. Amateur users might ask a simple question, but the AI’s real power can be unlocked by designing long, detailed and tested instruction sets that transform it into a job interviewer, translator, plagiarism checker, and even a relationship coach.

PromptBase.com is already selling these AI prompts, like a viral tweet prompt or an AI lawyer prompt. Indeed, rather than replace jobs the emergence of AIs might end up creating a new industry of AI-oracles trained to talk to them and interpret their words.

“To get the most out of it, you still need someone who knows what they are doing,” says Marchant.