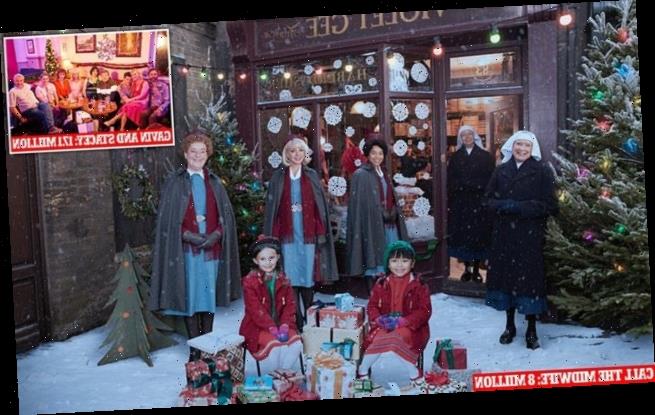 Christmas television viewing figures fell to the lowest level on record in 2020, with the number of people switching on the box comparable to 1981.

The most-watched programme on Christmas Day 2020 was Call the Midwife on BBC One, with a TV audience of 8million.

Call the Midwife previously held the record for the lowest ratings for a most-watched Christmas Day show in 2018 – when it attracted 8.7million viewers, over half a million more than this year.

And it was a sharp drop of more than half of the 17.1million who tuned in the special episode of Gavin and Stacey on BBC One Christmas Day last year, the most watched Christmas broadcast of 2019. 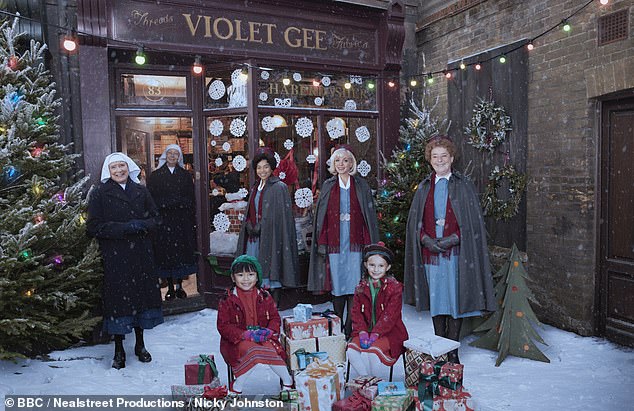 The most-watched programme on December 25 last month was Call the Midwife on BBC One (pictured), with a TV audience of 8million

This is driven partly by a change in viewing habits, as more people access a range of programmes on demand through platforms such as the BBC iPlayer or ITV Hub, and via streaming services such as Netflix. 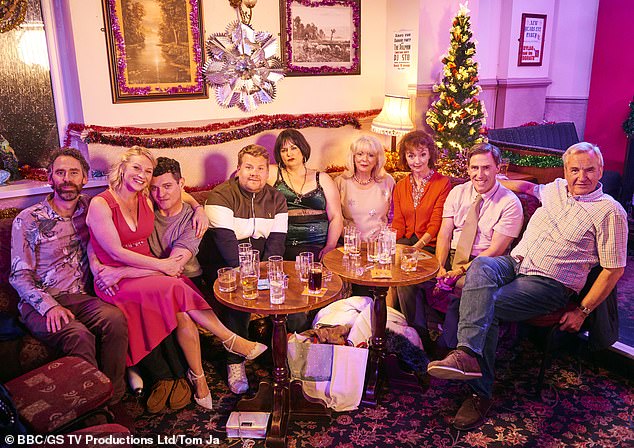 This year’s top top rated show saw less than half of the 17.1m who watched Gavin and Stacey last year

Mrs Brown’s Boys Christmas special, which aired on Christmas Day at 10pm, was watched by 3.8million viewers, a significant drop from the 4.6million who tuned in last year

Figures according to Barb. All figures include +1 and HD channels where appropriate.

Full ratings for Christmas Day 2020 have been published by Broadcasters’ Audience Research Board (Barb), and include people who recorded a broadcast and watched up to seven days later.

They are treated as the official ratings for a TV programme. Comparable figures for TV audiences date back to 1981 when records began.

They show that Christmas Day audiences remained broadly steady through the 1980s and much of the 1990s, before starting a downward trend around the turn of the century.

But the biggest ever TV audience for a single Christmas Day broadcast remains the 21.8million who saw the film ‘Crocodile’ Dundee on BBC1 in 1989.

Separate figures published by broadcasters show the growing strength of online platforms in 2020.

The ITV Hub saw the most recent series of Love Island get over 130million requests, while I’m a Celebrity… Get Me Out of Here had over 25million requests.

Mrs Brown’s Boys Christmas special, which aired on Christmas Day at 10pm, was watched by 3.8million viewers, a significant drop from the 11million who watched in 2013 and the 4.6million who tuned in last year.

Although the show has long been a TV favourite, it was beaten this year by the likes of Call The Midwife and the Strictly Christmas special. 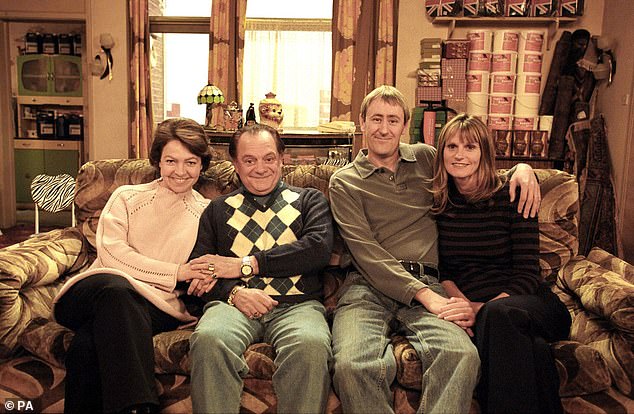