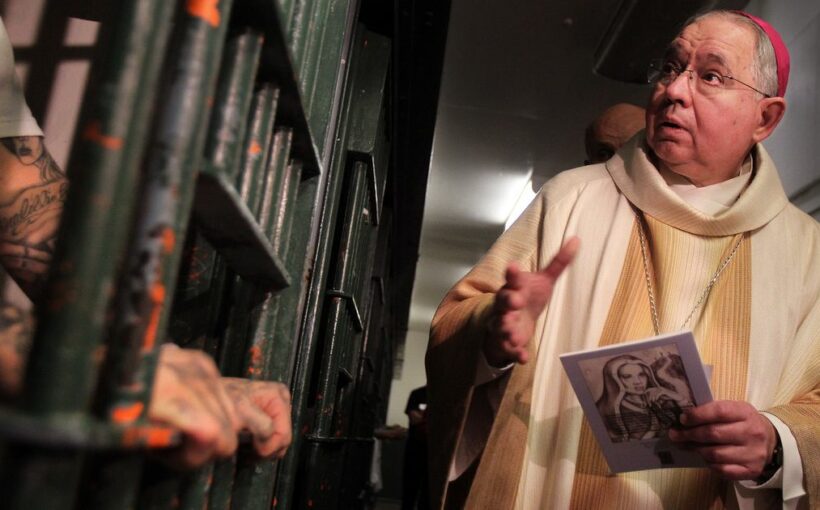 Nobody wants to spend Christmas away from their loved ones and friends.

But that is the price you have to pay when you're behind bars for the festive period.

Although spending the big day in jail isn't going to be pleasant – some traditions in prisons across the globe do sound like some festive cheer can be enjoyed.

Here is a look into how inmates spend Christmas behind bars.

While most prisons remain the same dreary place over the festive period – some jails participate in Christmas traditions that switch up the monotony for some festive cheer.

In Iceland, one prison's inmates woke up to discover potatoes had been placed in their shoes, reported by the prisoner advocacy group Afstaða on Facebook.

This might not seem very Christmassy to those out of the know, but one of Iceland's festive tradition is for people mainly children, to leave their shoes out for one of the visiting Yule Lads to leave a small present inside of.

If the child had been naughty throughout the year, they receive a potato instead of a treat – similar to the tradition of leaving coal in the stockings.

Afstaða made clear that the prisoners in question had all shown model behaviour this December, and took the Christmas prank well.

All of the inmates targeted with potatoes were promised they will be getting treats instead.

In the Philippines, locked up criminals dressed up as beauty queens and danced around a makeshift stage to bring festive cheer to one of the country's most overcrowded prisons.

Thousands of inmates cheered on as 11 prisoners jived and sang at the "Miss Universe" pageant at the Quezon City Jail courtyard.

All 12 of the gangs in the prison were reportedly allowed to enter one contestant to the beauty pageant, organised by a jail contractor.

"This is part of inmate welfare development. Once they join activities like this they get less jail time through the good conduct time allowance law," said the service provider, Ferdinand Abejon.

In most jail inmates, getting presents on Christmas Day is a fantasy – but some reports claim that some of the staff in certain prisons around the world act as Santa Clause.

A former 20 year inmate at a high security prison in the US claims that staff gave out Christmas bags every year.

The hampers were reportedly filled to the brim with chocolate and sweets, including "Reese’s Peanut Butter Cups, Hersheys chocolate bars, Honey Buns, Grandma’s cookies and much more".

The anonymous inmate said that once the gifts were given out and the doors were unlocked the jail turned into "pandemonium".

"The block turns into the New York Stock Exchange and everyone is bartering their items, trading them off and selling their bags," they wrote on Dazed.

"I’ve seen prisoners trade cigarettes and drugs for Christmas bags. Everything in prison, even Christmas bags, becomes a currency."

British prisoners often get the luxury of tucking into a cooked festive meal on Christmas Day.

Inmates, even the most serious of offenders, are offered the chance to eat roast turkey, mince pies and other tasty treats on the big day.

A Freedom of Information request in 2020 to HMP Liverpool, HMP Altcourse and HMP Berwyn found each facility offering a festive menu to lags.

Inmates can enjoy vegetarian, vegan and Halal options, with a 'buffet style' experience at HMP Berwyn over Christmas, the Liverpool Echo reports.

The jail is offering special extras such as a meat and potato pasty, chicken pakora and cheese and tomato pizzas, alongside the traditional roast turkey dinner.

While in HMP Liverpool, the Christmas menu options include mince pie, Christmas pudding and cheese burgers.