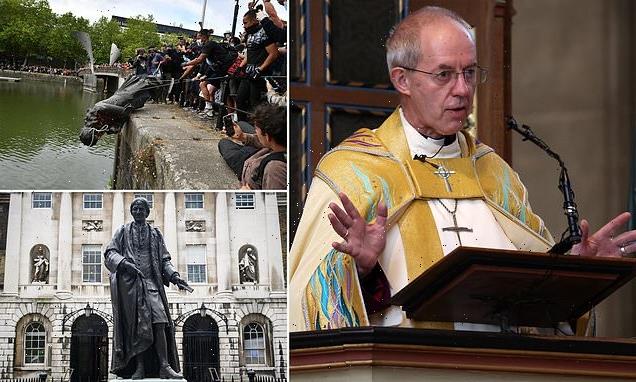 The Church of England will spend £100million in a bid to atone for its historical links to the slave trade.

Its investment arm, the Church Commissioners, will set up a new fund intended to help communities which suffered from the ‘shameful and horrific sin’.

Profits from the fund will be ploughed into grants to help groups affected by transatlantic slavery.

Senior clerics have admitted that the £100million investment, to be made over the next decade, is a huge sum at a time when parishes and congregations are struggling but insisted the church had to ‘address past wrongs’. 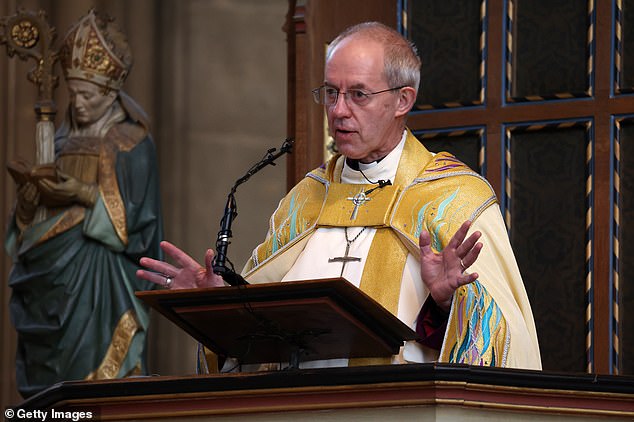 The Archbishop of Canterbury, Justin Welby, said: ‘I am deeply sorry for these links. It is now time to take action to address our shameful past. Pictured: Justin Welby at Canterbury Cathedral on April 17, 2022

The Church has also vowed to keep probing its history and on Thursday an exhibition at Lambeth Palace will display items including a letter written 300 years ago by a slave in America begging an archbishop for freedom.

The move comes after research into the funds managed by the Church Commissioners found that some wealth originally came from investments in firms running the slave trade as well as donations from slave traders including Edward Colston, whose statue in Bristol was toppled at the height of the Black Lives Matter protests.

The Archbishop of Canterbury, Justin Welby, said: ‘The full report lays bare the links of the Church Commissioners’ predecessor fund with transatlantic chattel slavery. I am deeply sorry for these links. It is now time to take action to address our shameful past.

‘It is hard to do this at a time when resources in many parishes are so stretched, but by acting rightly we open ourselves to the blessing of God.’

The Bishop of Manchester, David Walker, added: ‘We will seek to address past wrongs by investing in a better future, which we plan to do with the response plan announced today, including the £100million funding commitment we are making.’

The report published today detailed the full links to slavery of the forerunner of today’s £10billion Church Commissioners’ endowment fund. 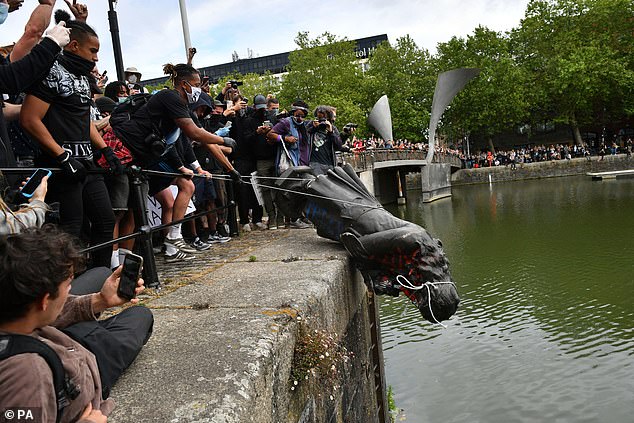 Research into the funds found that donations were made from slave traders including Edward Colston, whose statue in Bristol was toppled at the height of the Black Lives Matter protests June 7, 2020 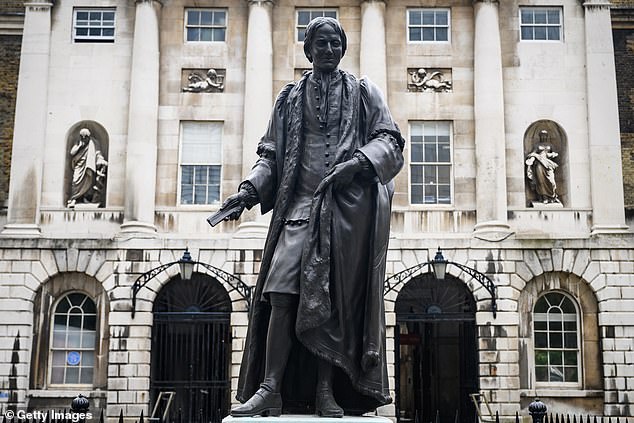 The move comes after research into the funds found that some wealth originally came from investments in firms running the slave trade. Pictured: Sir Thomas Guy (statue outside Guy’s Hospital) made his fortune through ownership of a very large amount of shares in the South Sea Company, whose main purpose was to sell slaves to the Spanish Colonies

Experts scoured through the ledgers of a scheme known as Queen Anne’s Bounty, set up in 1704 to support poor clergy, and found that it had invested heavily in a British firm that shipped African slaves to the Americas.

During the 18th century, about 30 per cent of the fund’s income came from interests and dividends from the South Sea Company. The fund also received ‘benefactions’ from wealthy individuals including many who made their money from ‘the profits of transatlantic slavery or the plantation economy’.

Researchers tried to work out if any land bought with these donations were still held by the Church. They found one case where evidence was ‘inconclusive’ and five others where the Church may still own ‘mineral rights’.

The original ledgers will go on display at the library of Lambeth Palace, the Archbishop of Canterbury’s London home, this week along with a 1723 letter from a slave in Virginia. Addressed to the ‘Archbishop of London’, it begs for people of ‘mixed race’ to be freed, pleading: ‘Release us out of this cruel bondage.’