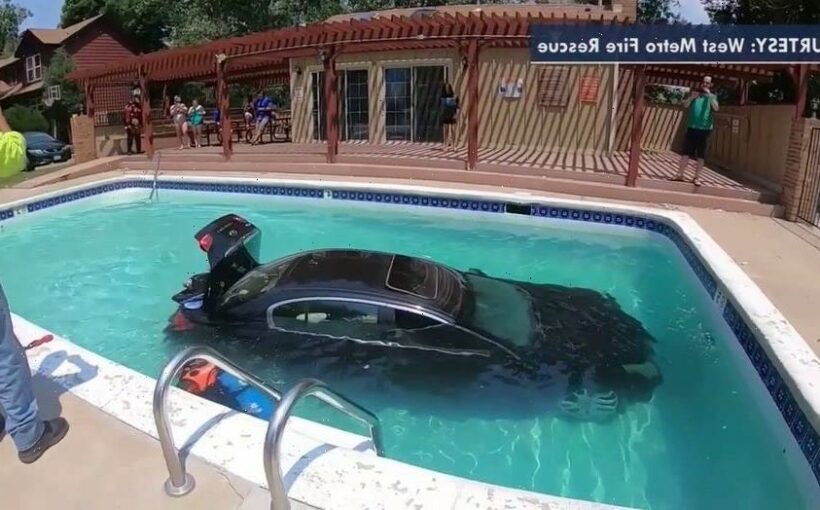 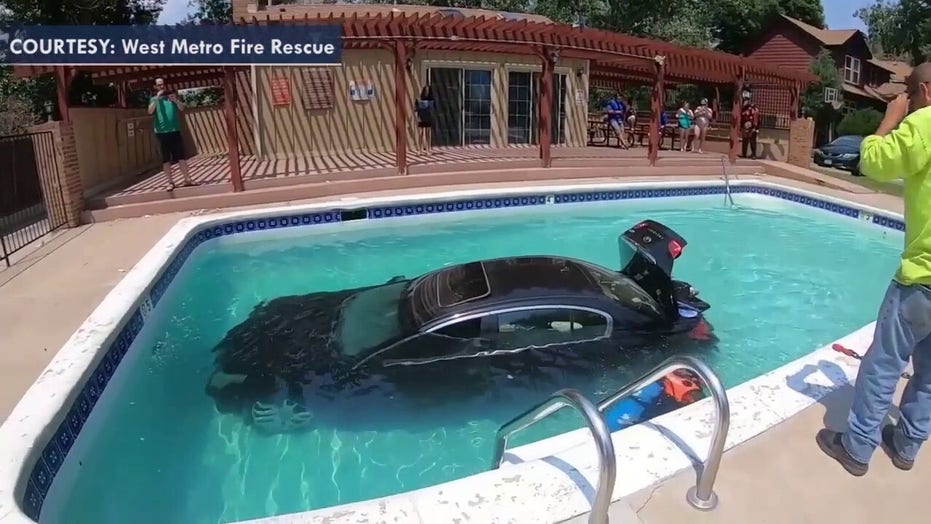 Lakewood Police say teen driver accidentally hit the gas instead of the brake.

A teenager in Colorado was cited for careless driving after police say he accidentally hit the gas instead of the brake before plunging into a backyard underground swimming pool Friday.

Lakewood Police made light of the incident that happened in the 1100 block of South Flower Circle.

“Man….it’s a #Hot one out there today, it would be a good day to jump in the…pool,” police wrote on Twitter, using flushed face, face-palm and expressionless face emojis and sharing photos of West Metro Fire Rescue divers working with Ace Towing to pull the fully submerged car out of the water.

No one was injured. A police spokesperson told KUSA the teen driver accidentally hit the gas instead of the brake. An adult passenger was not hurt.

“Just FYI, the best line for this is ‘Check out our new Infiniti Pool,’” Lakewood Police added on Twitter, jokingly referring to the make of the car, an Infiniti. “Everyone else is battling for second place.”

The incident happened in the neighborhood just off of West Mississippi Avenue and to the west of South Wadsworth Boulevard, KKTV reported. Photos showed a metal fence nearly flattened in the ordeal.