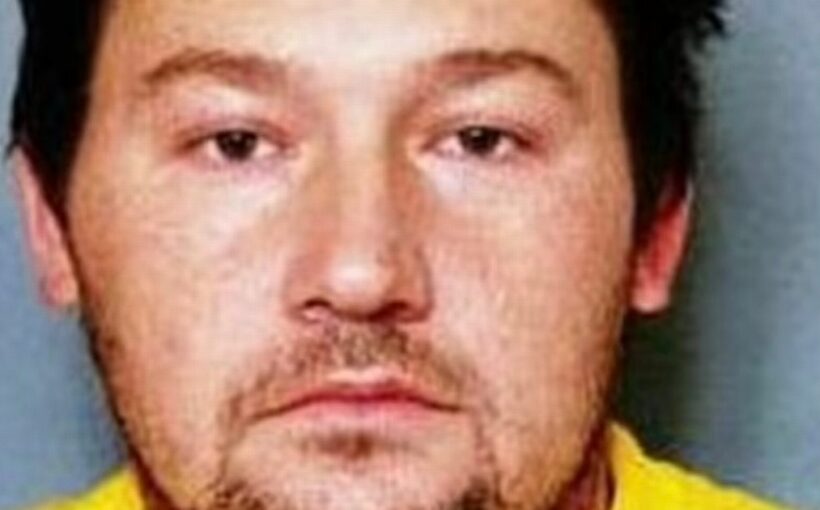 A convicted killer has been jailed for 18 months after threatening his neighbours with a meat cleaver when they laughed at him falling over.

Karl Drummond, 47, of Abertridwr, near Caerphilly, South Wales, flew into a fit of rage after tumbling off his deckchair whilst sunbathing in June, to the amusement of his neighbours.

Cardiff Crown Court heard that the angry man did not see the funny side as he pulled out a meat cleaver, threatened them for laughing and he said he was "going to go crazy."

READ MORE: Woman bludgeoned landlord to death after forging cheques from him to pay gambling debts

Prosecutor Nik Strobl said: "He began to rant and started to wave a knife around. A few of his neighbours went over to talk to him to calm him down whilst others called the police."

Drummond warned his neighbours that they "would all die together" and he "would happily burn the estate down".

The thug was arrested by police and he appeared at Cardiff Crown Court to admit affray.

"You were drunk and you were making threats with knives in both your hands which would have been terrifying for anybody hearing it.'

"Your record of previous convictions, which no doubt makes you notorious, would have added to the impact of that."

Drummond was previously sentenced to 10 years in prison after being charged for manslaughter of a drug dealer, back in 2010.

The victim Tony Singh, 24, who was the father of a young child, was found dead after being struck multiple times with a metal bar.

The case took two trials to reach a verdict, with the pair serving almost 600 days in jail before sentencing was passed – a factor that meant this time was counted into Drummond's sentence.

In total he served five of his 10 year sentence in prison before serving the remainder of the sentence on license.