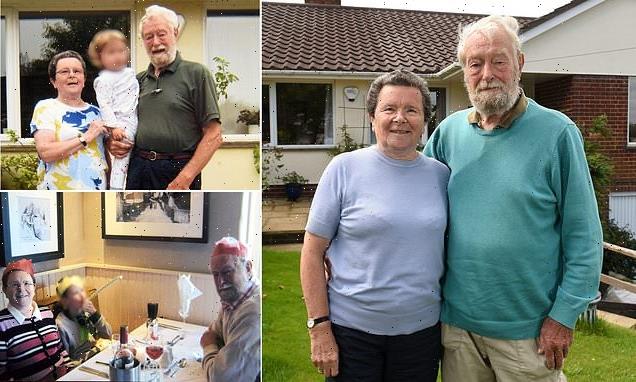 Britain’s most generous couple? Husband and wife who have fostered more than 600 children and once turned their garden into a campsite because they were looking after so many, finally retire after 56 years

An elderly couple who fostered more than 600 children over 56 years and once turned their garden into a camp site to house the youngsters have finally retired.

Pauline and Roger Fitter, from Haslemere, West Sussex, have retired from fostering after deciding from an early age they wanted to help as many parent-less children as they could.

The kindhearted pair have fostered children from as far away as Belarus and Lithuania, with ages ranging between just three days old to those in their late teenage years.

They also found time to raise five children of their own, including a foster child they adopted, and even continued to house youngsters during the Covid-19 pandemic.

Pauline, 81, and Roger, 86, have now retired after 56 years of fostering, which saw them welcome around 620 children into their home – but they confessed they stopped counting after reaching 600. 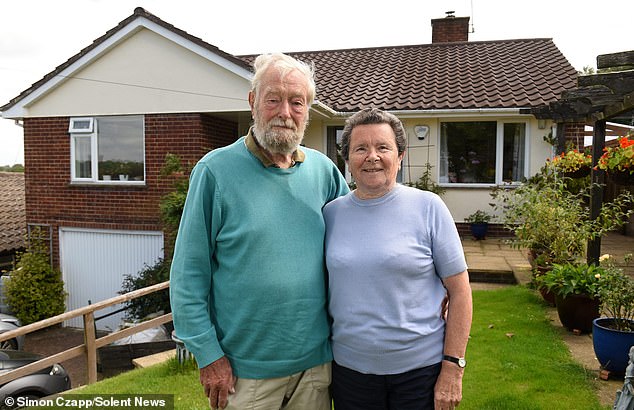 Pauline and Roger Fitter (pictured), from Haslemere, West Sussex, have retired from fostering after deciding they wanted to help as many parent-less children as they could 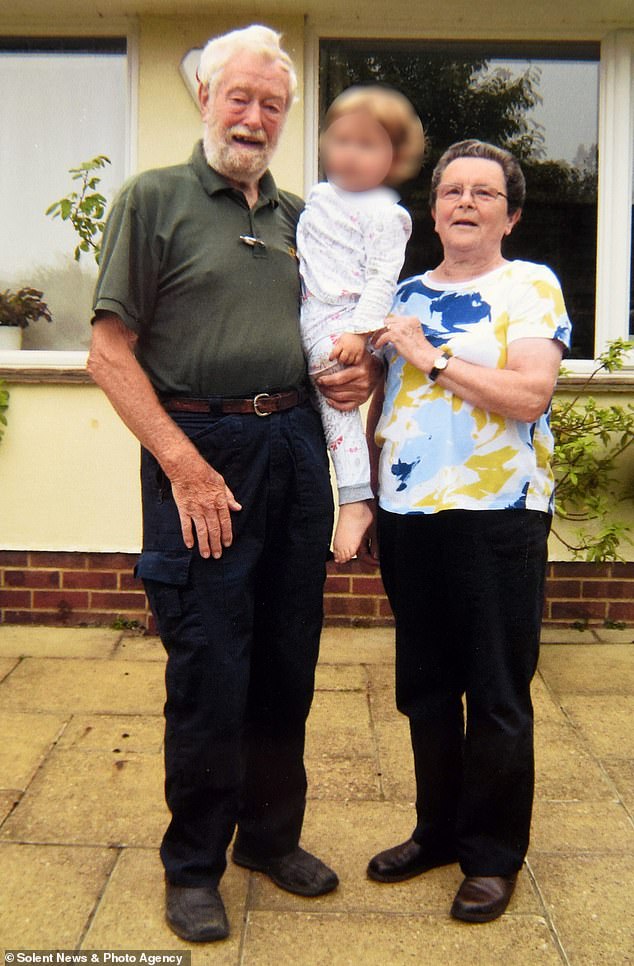 The couple (pictured with a foster child in 2018) fostered children from as far away as Belarus and Lithuania, with ages ranging between three days old to their late teenage years

The caring couple even took in 11 children at once one summer and Pauline, who was a Girl Guides leader at the time, turned their back garden into a camp site to house the youngsters.

Pauline said: ‘One summer – it just happened – we had 11 kids at once. Our four and two from a boarding school, then another came, and another… it just built up out of nowhere.

‘I was Girl Guides leader at the time so we turned the back garden into a camp; sleeping in tents and even doing morning inspections which the girls always won.

‘Roger used to joke that he’d count the heads at the dinner table when he got in from work – just to check if anyone else had arrived.’

Pauline, who is originally from Yorkshire, said their four-bed detached house now will be a quieter space for Roger to return to after work as a private forestry consultant.

But the couple keep the memories of the 56 years they spent fostering children alive in photo albums, holding on to the pictures of every single child they housed.

Pauline, who was a children’s nurse before she began fostering, said her parents told her that from the age of five, she knew she wanted to look after children.

She explained: ‘I was born in 1940, during the war, and I didn’t see my father for the first five years of my life – but I also knew a lot of my friends’ fathers never came back at all. 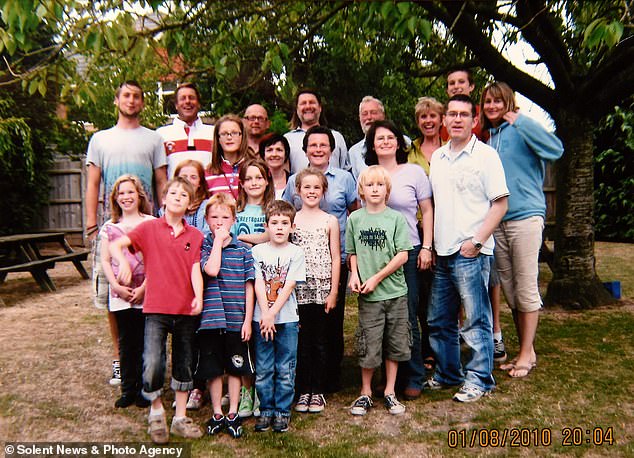 Pauline, 81, and Roger, 86, (pictured with their own children, children’s partners and grandchildren) have retired after 56 years of fostering, which saw them look after 620 kids 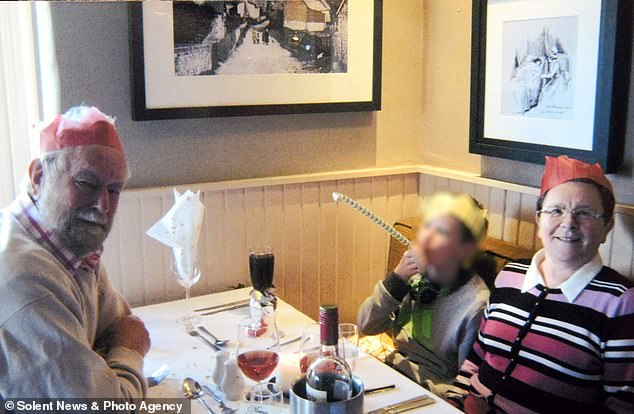 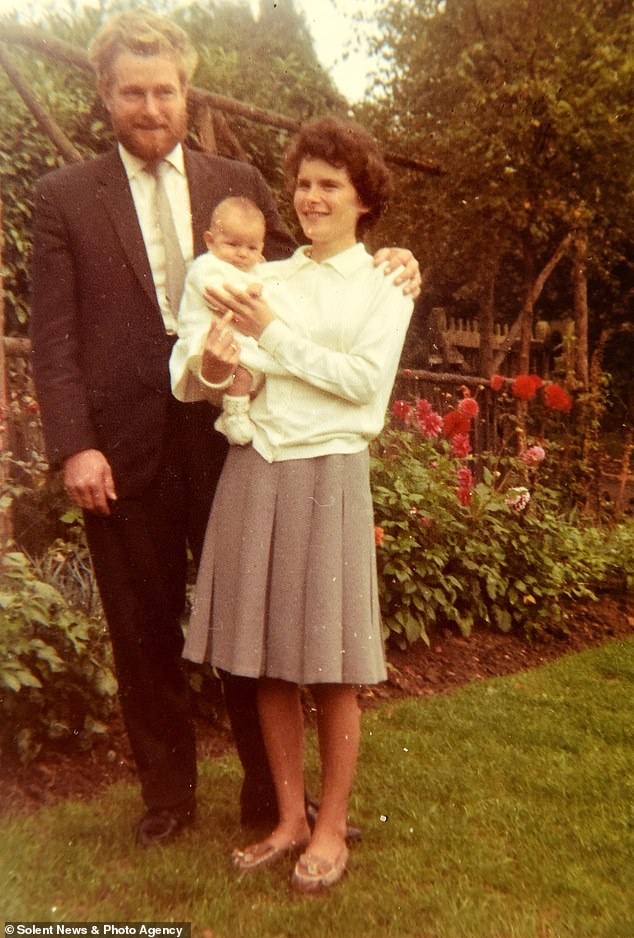 They also found time to raise five children of their own (pictured with firstborn Joanne), including a foster child they adopted, and even fostered children during the Covid crisis

‘I decided as early as 19 that I wanted to look after children who didn’t have mummies or daddies – I knew I wanted to stop as many as I could from becoming institutionalised.’

Pauline said she originally moved to West Sussex to help look after Roger’s two infant children after he lost his wife suddenly.

She admitted she had only intended to stay for a month but the pair ended up marrying in September 1965 and taking in their first foster child later that year.

Pauline said: ‘In December we took our first child from West Sussex Social Services and rushed out to find something to put under the Christmas tree for a three day old baby.

‘He was with us for ten weeks. He suffered from bronchitis, and cared for him in a handmade steam tent.

‘Then one day he was suddenly taken away and found a foster family. That night as we stared at the cot at the end of our bed we could still see the divot where he had slept.

‘I just sobbed and sobbed and Roger said, “if this is what fostering is like, we are not doing it again”.’

But the couple continued to welcome more than 600 new arrivals across the next half a century, taking in five newborn babies in the year after their first child was re-homed.

Pauline continued: ‘Almost immediately after that first child we had five new born babies in one year, one after the other, which meant a lot of night feeds at two in the morning and not much sleep.

‘Times have changed now; back in those days if you said yes they didn’t ask many questions. There was no training, no real checks.

‘Now it can take up to nine months to get approval from social services and we are something like 9,000 foster carers short.’ 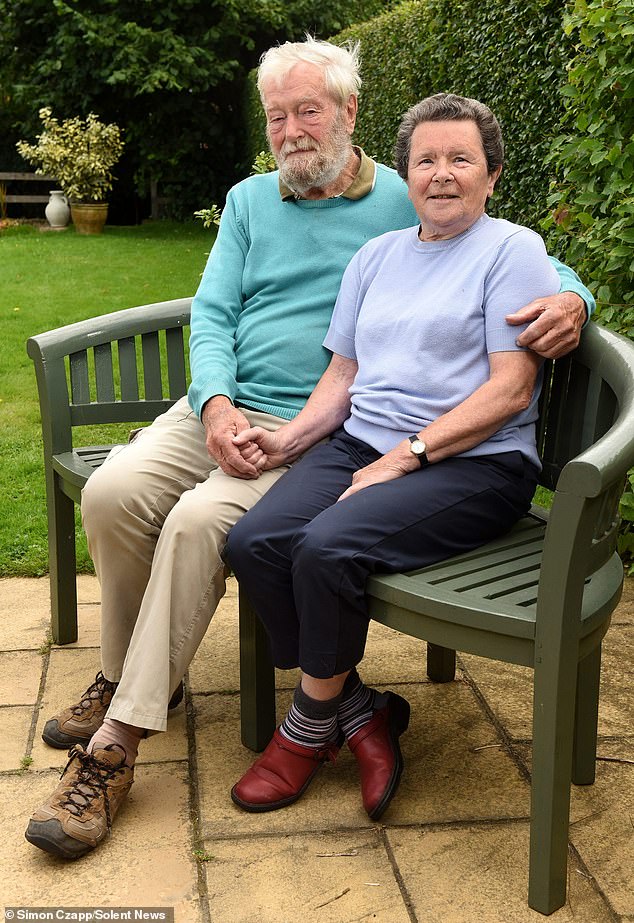 The couple (pictured) even took in 11 children at once one summer and Pauline, who was a Girl Guides leader at the time, turned their back garden into a camp site to house the youngsters 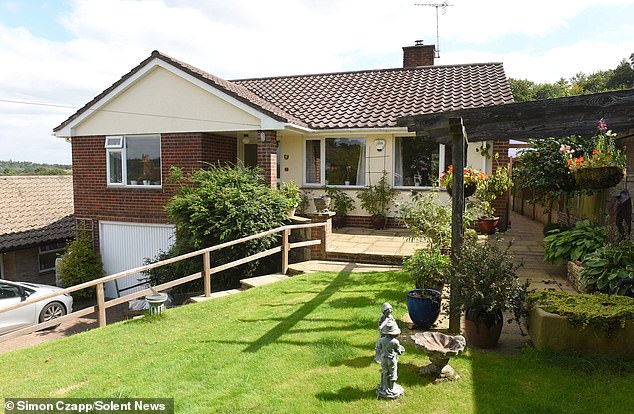 Pauline, who is originally from Yorkshire, said their four-bed detached house (pictured) will be a quieter space for Roger to return to after working as a private forestry consultant

She added: ‘One boy who was in the Army came to us every weekend before going on to fight in the Falklands.

‘He wrote extraordinarily detailed and descriptive postcards about what he’d seen, and used to ask us to send him lady’s winter tights to keep him warm.’

Having offered their roof to children for 56 years in what Roger jokes was a ‘production line’, Pauline decided to retire to offer her husband a quieter home.

She said: ‘We handed our last child to his permanent foster family earlier in May this year.

‘He had come to us at the beginning of the first lockdown – a lively but lovely little baby of 20 months – and he followed a four year old who left us just before that lockdown in March.’

Roger has recently built a pond at the end of their garden to replace the trampoline, swings and slide which used to stand there.

Pauline admitted that although she rarely shed tears when waving goodbye to the children, instead treating it as a celebration, she found it extremely difficult to see their last child leave earlier this year.

She continued: ‘It’s like climbing a mountain: we take them up and walk back down to take another child up.

‘But seeing the last child leave in May was especially hard, because I knew no more children were coming to replace him. I usually strip the bed, remake the room and get ready for the next.’

Many children who had stayed at the Fitters’ house have kept in contact, with some sending photos of their wedding days from foreign shores, and others returning to reminisce.

Pauline said: ‘One time a woman I didn’t recognise said hello to me in a caravan park in Chichester, saying “Aunty Pauline?”.

‘She was there with her husband and kids, and it was only after I saw her children’s faces that I knew who she was – they looked just like her when she was a child. 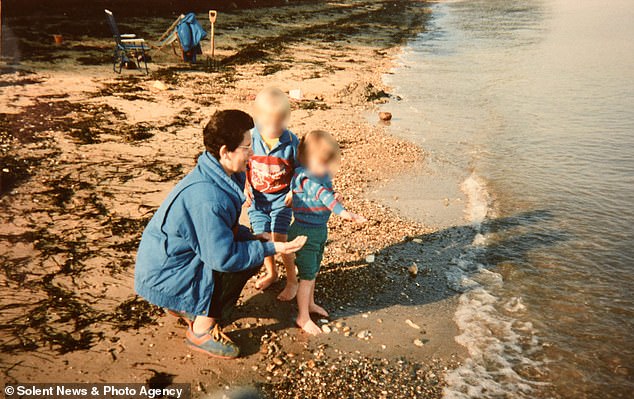 Having fostered children for 56 years in what Roger jokes was a ‘production line’, Pauline (pictured in 2010 with two foster children) and Roger said goodbye to their last child in May 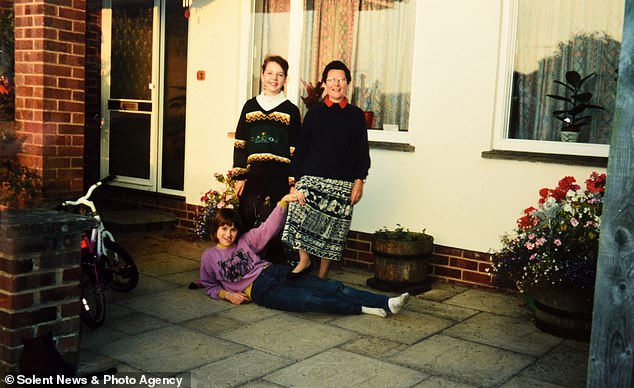 ‘She had come to us when she was just three years old and stayed for around 18 months.

‘We have met up with her adopted parents since, who tell us she’s a great mother. I was absolutely thrilled to hear that.’

The couple are now encouraging others to volunteer as foster carers, with Pauline insisting that although many people think they wouldn’t be able to do it, there is a lot of support and training in place.

She continued: ‘I really wish a few more people would try it and see if it’s for them. It’s surprising our house is still standing after 600 people have called it home, but the rewards are well worth it.

‘When a quiet child who won’t let anyone touch them lets you give them a goodnight kiss, or you hear them singing and laughing – those are the real rewards.’

West Sussex County Council commemorated the couple’s achievement with an afternoon tea at Chichester County Hall earlier this summer, during which they were presented with a plaque commending their achievements.

Daniel Ruaux, Assistant Director of Children Services at the local authority said: ‘Pauline and Roger are amongst the most caring and loving foster parents I have had the privilege to meet.

‘Their commitment and nurture to help our children reach their potential is extraordinary and so very inspirational.

‘Their love and devotion has changed and influenced the lives of over 600 children and we can’t thank them enough for over 50 years of fostering with us.’