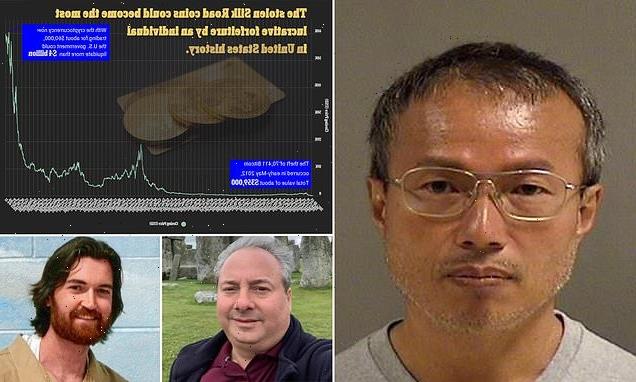 Is this man ‘Individual X’? Serial fabulist is fingered in court documents as the mysterious hacker who stole Bitcoin worth $4BILLION from online black market Silk Road – but agreed to forfeit it all in a federal seizure

A serial fabulist with a checkered past has been suggested as the true identity behind ‘Individual X,’ the hacker who stole Bitcoin worth $4 billion from the online black market Silk Road, only to have the cryptocurrency seized by the federal government.

Raymond Ngan, 49, was implicated in the brazen digital heist in court documents filed by Las Vegas entrepreneur Jay Bloom, who is seeking to recover a $2.2 billion civil judgement from the bankrupt Ngan, the Smoking Gun reported.

Speculation has swirled since November, when the Justice Department announced it had seized a massive trove of stolen Bitcoin from a person it publicly identified only as ‘Individual X’.

Individual X agreed to hand over the illicit gains to the federal government, which is currently seeking court approval to auction off the cryptocurrency hoard in a civil forfeiture — but Bloom hopes to intervene, arguing he deserves a cut of the billions to pay off the judgement he won against Ngan. 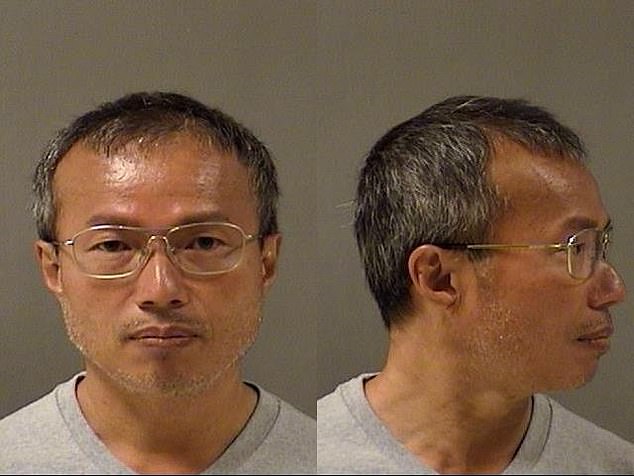 Raymond Ngan, 49, was implicated as ‘Individual X’ in court documents. Little is known of his past, save for a $2.2 billion civil judgement entered against him by a Nevada court 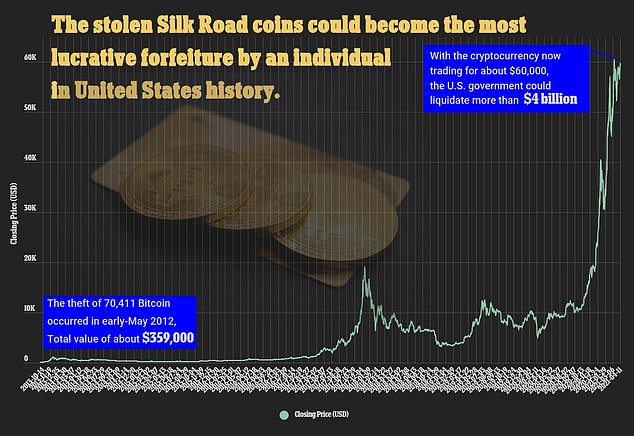 The twisted tale dates back to 2012, when Silk Road was operating on the dark web as the world’s premier black market, with illicit drugs, weapons and even contract murder for sale.

Silk Road was seized by the feds in 2013, and founder Ross Ulbricht was convicted on seven criminal counts, including conspiracy to distribute narcotics and money laundering.

Ulbricht, who ran Silk Road under the alias ‘Dread Pirate Roberts’ and was accused of commissioning five murders at a cost of $650,000, was sentenced to serve two life sentences.

But questions remained about what had happened to all the money Ulbricht made running the online black market.

Investigators estimate that Silk Road took in some 600,000 Bitcoins in sales commissions — an amount now worth about $36 billion — but only a fraction of the loot was ever recovered.

In November, the DOJ revealed that a hacker in 2012 stole a large quantity of Bitcoin from Ulbricht, who had never revealed the embarrassing security breach to his privacy-obsessed clients at Silk Road.

At the time of the theft, Bitcoin traded around $5, making the total value of the heist about $359,000. On Monday, the price of Bitcoin remained above $60,000, valuing the stolen crypto at more than $4 billion. 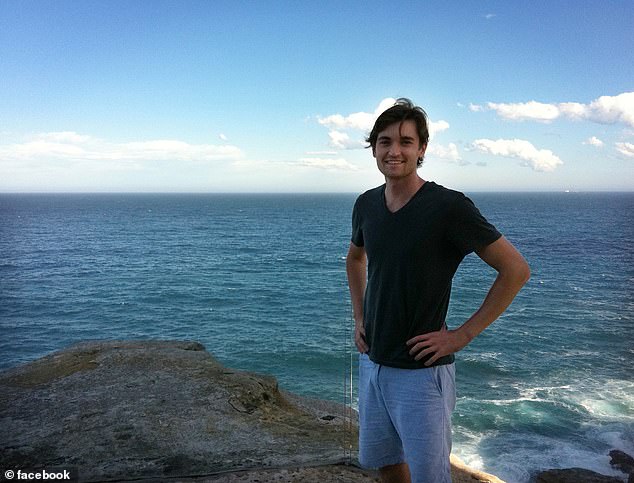 Ross Ulbricht, who ran Silk Road under the alias ‘Dread Pirate Roberts’, was sentenced to two life sentences. But feds never recovered much of the money he made running the site 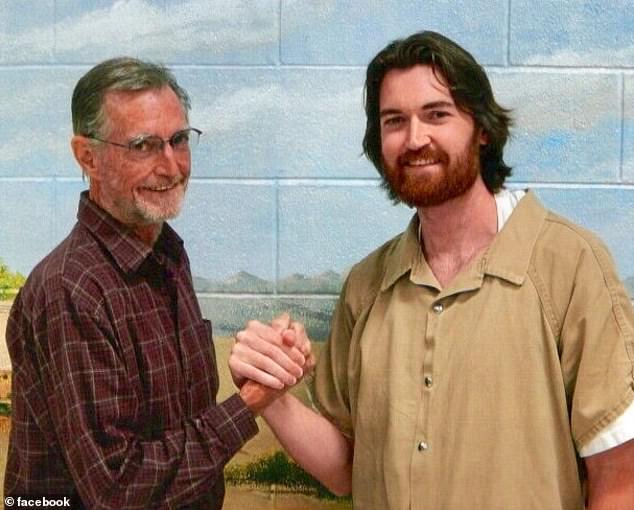 Ulbricht, seen behind bars, never revealed the embarrassing 2012 security breach that cost him more than 70,000 Bitcoins in Silk Road profits, which were stolen by Individual X 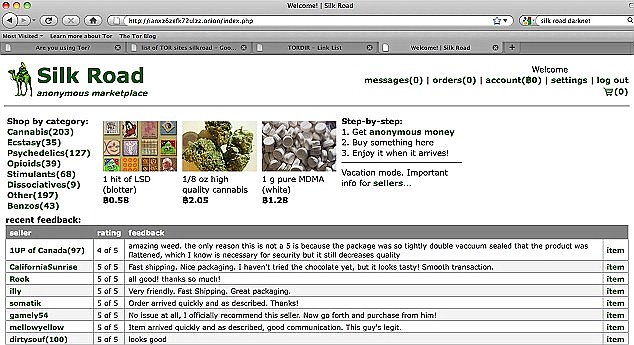 Silk Road raked in Bitcoin that would be worth $36 billion today, but much was never found

The hacker, Individual X, agreed to hand over the trove of stolen crypto in return for undisclosed concessions from prosecutors — possibly including a deal to avoid prosecution.

As part of the deal, the feds agreed not to reveal his identity — though court documents do refer to Individual X as ‘he’ and ‘him’.

As the DOJ sought court permission to auction off the seized assets, with the money going to the Treasury, Bloom intervened in court filings claiming he was owed a cut of the funds.

Though Bloom’s filings do not name Nygan explicitly, they make it clear that he believes Individual X is Nygan.

In March 2017, Bloom won a record-shattering $2.2 billion summary judgement in Nevada against Nygan, whom he alleged had reneged on deals to provide some $160 million in financing for a business venture.

Nygan infuriated the Nevada court with his failure to appear or participate in the case, court records show, and continued to evade court process until he was arrested in June 2018 near Yellowstone National Park in Montana, on a bench warrant from a federal bankruptcy court.

Little is know of the mysterious Nygan, who claimed to be a child refugee from a Cambodian concentration camp who attended the prestigious Massachusetts Institute of Technology the age of 14, according to the Las Vegas Sun. 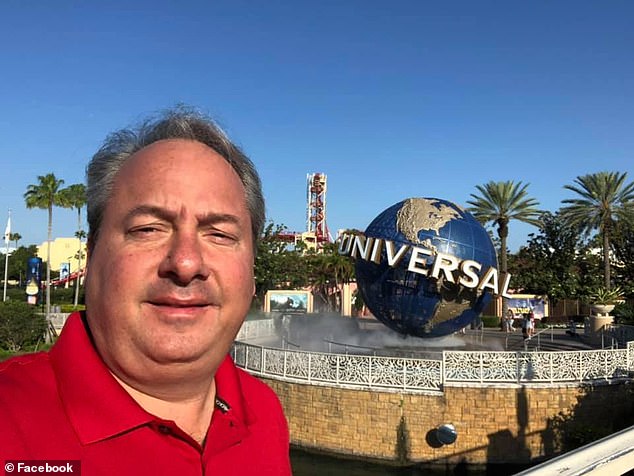 Jay Bloom, a Las Vegas entrepreneur, filed court documents with references and information related to the identity of Individual X 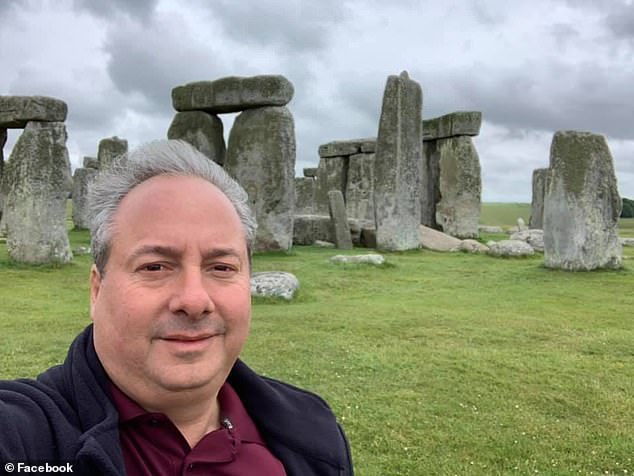 Bloom, a globe trotting businessman, hopes to intervene in the civil forfeiture, arguing he deserves a cut of the billions to pay off the judgement he won against Ngan

At various times, Nygan also claimed to have advanced degrees from Wharton, and said he amassed a fortune of billions managing funds for Middle Eastern foreign governments and helping to found a major Asian retail business.

In bankruptcy court, he claimed his only asset was a checking account holding about $500.

During Ngan’s bankruptcy proceeding, he was jailed twice on contempt charges for failing to turn over documents or appear for depositions.

His lawyers also perpetually quit, citing their frustration with a client who refused to communicate with them.

Ngan’s final lawyer, before withdrawing in January, provided the court with a letter from a Las Vegas doctor who said Ngan ‘presented with complaints of alcohol addiction…anxiety, depression, and suicidal ideations,’ according to the Smoking Gun.

The letter also said that lab results showed that Ngan was ‘suffering from a chronic viral condition.’

Royal recommended Ngan be placed under 30 days of constant observation to ensure that he ‘becomes physically sober and mentally stable in that his suicidal ideations have abated.’

Nygan could not be reached by DailyMail.com and did not respond to repeated messages from The Smoking Gun.

The San Francisco attorney representing Individual X, Adam Gasner, did not immediately respond to a message from DailyMail.com on Monday.

‘My client will continue to live a quiet, anonymous life in the comfort of his own home,’ Gasner told Litigation Daily in February. ‘Privacy and freedom are worth more than money.’