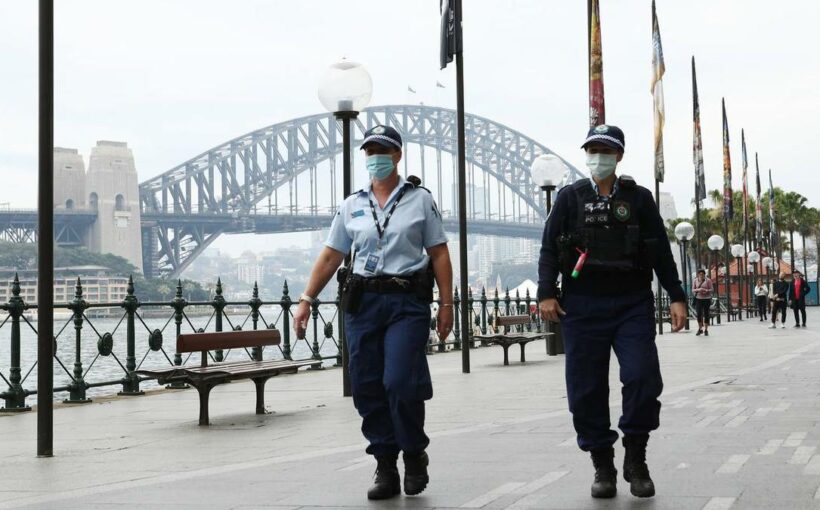 Five Covid-related deaths were also reported by NSW Health: two men in their 80s, two women in their 70s, and a woman in her 40s. The death toll in the current outbreak is now 153.

There are currently 1,175 cases admitted to hospital in NSW, with 202 people in intensive care, 80 of whom require ventilation.

Since the Sydney outbreak began in mid-June, there have been 33,296 local cases reported.

NSW is now well on its way to its 70 per cent double dose vaccination goal, prompting state’s cabinet to confirm last night that October 18 would be the day restaurants, bars and retail would open for fully vaccinated people at reduced capacities.

Gyms, hairdressers, beauticians and other retail stores will also be given the green light.

The Australian newspaper reports today that NSW Health officials advised the state’s cabinet to reopen the economy when vaccination levels were closer to 85 per cent but were overruled by Premier Gladys ­Berejiklian and senior ministers, who said 70 per cent cover was ­sufficient.

Of the eligible population aged 16 and over in NSW, 42.7 per cent are fully vaccinated and 75.6 per cent have had their first dose.

On Tuesday, ICU nurses across NSW penned an open letter to Berejiklian claiming the state’s hospital system is “at the brink” due to staff shortages.

They asked the Premier to fix the issue urgently ahead of an expected surge in Covid cases over the next few weeks.

Victoria recorded another worrying spike in Covid-19 cases today, with 324 locally acquired infections in the 24 hours to midnight.

Of the new cases, just 107 were linked to known infections and outbreaks, with the source of 217 under investigation.

Regional Victorians, except residents in the Greater Shepparton area, will still be released from lockdown tonight despite the worsening outbreak.

Victoria is predicted to have 18,000 active Covid-19 cases and 800 people in hospital by mid-October, and the Health Department data has prompted concerns about an imminent influx of gravely ill patients.

As the number of infections climb, Andrews has criticised the federal government over the state’s vaccine supply. As of today, 38.8 per cent of the eligible population in Victoria are fully vaccinated, while 62.5 per cent have had their first dose.

“Some don’t like to see this as a race, but a race it surely is. What I didn’t know was that Premier Gladys Berejiklian’s in a sprint while the rest of us are supposed to do some sort of egg and spoon thing.”

There are now 2166 active cases of Covid-19 across Victoria.