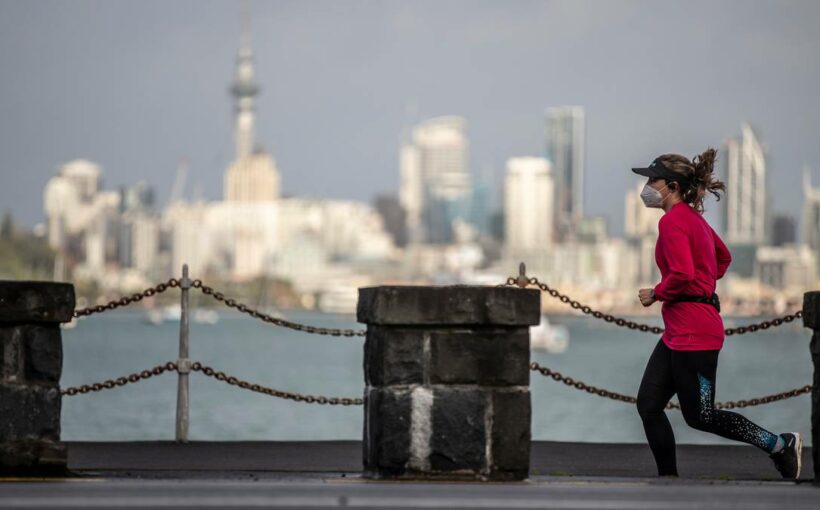 An expert says today’s increase in positive Covid cases doesn’t rule out an alert level shift for Auckland next week.

However, with nine cases today yet to be linked to the outbreak, epidemiologist Michael Baker believes several days of no such cases are needed for Cabinet to be confident in moving the City of Sails out of lockdown.

Twenty-three cases in the community – all in Auckland – were announced today, more than double the 11 cases from yesterday.

Nineteen people are in hospital: four at North Shore, seven at Middlemore and eight at Auckland City. Four are in intensive care or high dependency units.

A ministry spokesperson acknowledged the slight increase in cases but said such volatility was likely at this point, with day five and day 12 tests due for close contacts and further investigations being carried out into any unlinked cases.

Nine of today’s cases are yet to be epidemiologically linked, taking the total number of unlinked cases to 36.

Cabinet will debate on Monday whether to shift Auckland out of alert level 4.

Baker, of the University of Otago, said there wasn’t enough information regarding the unlinked cases to know how they might impact the chance of an alert level change for Auckland.

“It [would be] good to know what proportion of them are proving difficult to link,” he said.

“If some of those are going back quite a few days, they’re not so meaningful, we are really more interested in [recent cases].

“It would be more helpful to know tomorrow, how many cases reported today were still unlinked after [investigation].”

However, Baker said the jump in cases was not an unexpected characteristic of Delta outbreaks.

He cited multiple reasons why today’s total could be larger, including the possibility people in larger bubbles with positive cases were now becoming symptomatic.

Baker also referenced how asymptomatic people could be unconsciously spreading the virus at essential workplaces – as evidenced by the number of supermarkets and laundromats being announced as locations of interest recently.

However, he conceded moving Auckland to alert level 3 in the next week wouldn’t be done lightly.

“I think we’re going to have see low numbers consistently for several days and that we’re not seeing a pattern of any more unexpected cases.

“[An alert level shift next week] is certainly not impossible … overall, things are going in a very positive direction.”