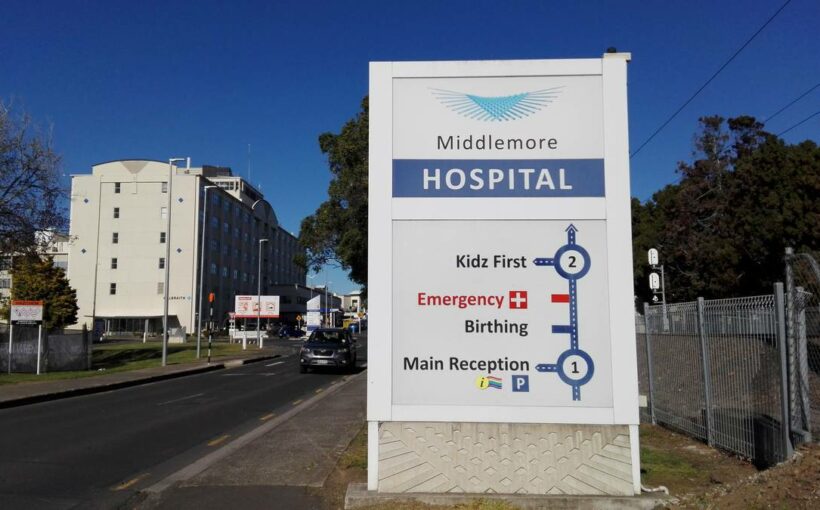 An Auckland hospital boss says there’s been a “steady stream” of patients testing positive for Covid after earlier arriving seeking treatment for health conditions unrelated to the virus.

It’s a development that has made any potential move to level 2 next week dangerous, according to one Covid expert.

It comes as two patients tested positive at Middlemore Hospital in Auckland’s south on Wednesday night, with 66 people now deemed close contacts of the pair.

One of the patients then decided to self-discharge from the hospital after learning of their positive test.

When asked how many people, in total, had turned up to the hospital’s emergency department for unrelated health conditions and then tested positive for Covid, Middlemore Hospital chief medical officer, Pete Watson, didn’t give a figure.

However, he said: “There’s a steady stream.”

He said the two patients from Wednesday arrived at the emergency department separately – and did not know each other nor were they connected in any way.

They were among six Covid-positive people arriving at the hospital that day.

The other four people already knew they had tested positive for the virus and were arriving for planned treatment, Watson said.

Covid-19 modeller Professor Michael Plank, meanwhile, told TVNZ’s Breakfast show that there are “concerning signs” it is going to be difficult to keep this current Delta outbreak under control in alert level 3.

“There are worrying signs when you have cases popping up out of the blue and coming into hospital and then testing positive – that it is going to be difficult to contain the outbreak going forward,” he said.

In terms of Auckland moving to alert level 2, Plank said doing so in the current situation – with cases still showing up in the community – could lead to more hospitalisation and ultimately more deaths.

Having cases show up in places and suburbs where you’re not looking for them was worrying, Plank said.

“It could lead to cases growing very rapidly if we moved to level 2,” he said.

“I think it would be extremely risky to move to level 2 at the current time.

“It is a dangerous time.”

Speaking about the second person who tested positive – and then self-discharged after being told they had returned a positive result – he said officials are providing support for that person.

Asked if he knew anything about that person, he said he has not been told about their circumstances.

However, he explained that previously he has been told some people who are told they now have to self-isolate after testing positive for Covid find the whole situation overwhelming.

There are other circumstances to take into account – with some people feeling overwhelmed because they have people at home, such as elderly members of the family, who depend on them.

“They will prioritise their families, their economic needs, over their own personal health.”

Put to him that it looked as if level 2 may be up in the air at this stage, Aupito said we simply needed to trust the advice from our health officials.

Earlier, health officials said 34 of the 66 patients identified as close contacts remain at Middlemore Hospital and they have been moved to an isolation ward.

Thirty-two patients who have been discharged or did not require admission following their visit are being followed up for testing.

Both cases of Covid-19 arrived at Middlemore’s Emergency Department on Wednesday night seeking treatment for issues unrelated to coronavirus.

The first was a patient who answered no to all screening questions, however hospital staff noticed a “very minor cough”.

The person was then isolated and tested, which returned positive.

The person is now in Middlemore’s Covid-19 isolation ward.

The second case was a patient who answered yes to one of the screening questions, which was also a symptom consistent with the non-Covid-related reason for going to hospital.

This person was then tested and given initial treatment.

After learning of the positive result, the second patient chose to self-discharge.

They are now being managed by the Auckland Regional Public Health Service (ARPHS).

“All staff were wearing the appropriate PPE and as such no staff members are required to stand down,” a spokesperson said.

“The risk to public health of these events is deemed to be low,” the Ministry said.

More information is expected at the 1pm press conference on Friday.