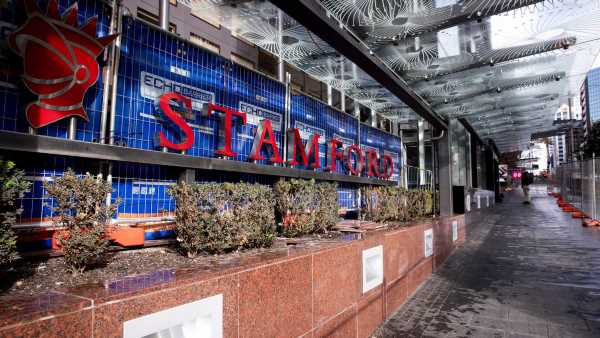 A “lull in arrivals” to hotel quarantine because of the transtasman bubble has left New Zealand’s MIQ rooms only two-thirds full – and the Herald can reveal taxpayers have spent more than $300 million on MIQ since September.

This is partially because a new MIQ cohorting system is being phased in, which will see a single hotel only housing arrivals from flights within a 96-hour arrival period into New Zealand at any one time.

The hotels need to be deep cleaned before they can be transitioned to this 96-hour system.

The now-empty Grand Millennium and Grand Mercure have been operating under “reduced capacity” after positive cases linked to their ventilation systems in early April.

“We are currently experiencing a lull in arrivals due to the introduction of quarantine-free travel, as well as the current halt on passengers from designated high-risk countries,” an MIQ spokesperson said.

“We are currently utilising around two-thirds of the rooms we have available, bearing in mind we have a reduced capacity with the Grand Millennium and Grand Mercure being offline.”

A travel ban on returnees from India to New Zealand implemented on April 11, which was lifted on Wednesday, had also contributed to the reduced MIQ demand.

This figure includes all costs paid to the hotels, primarily for guest rooms and food, but also included smaller amounts for other services such as: staff rooms and meals, security, plus additional laundry, cleaning and waste disposal.

An MIQ spokesperson said: “Negotiations with the hotels are ongoing and details around the individual contracts are commercially sensitive. All of the current Managed Isolation and Quarantine facilities have indicated a desire to continue.”

The spokesperson said it could only provide costs for the seven months MBIE had been in charge of MIQ.

A change is being implemented in how overseas arrivals into MIQ are grouped in hotels.

Returnees will now be cohorted into a single MIQ facilities according to flights that arrived within a 96-hour arrival period into New Zealand.

“This approach will be phased in across the majority of managed isolation facilities over the next three weeks. Facilities must be emptied before a cohort of passengers can arrive,” the spokesperson said.

“Over the next fortnight, the proportion of rooms being used will steadily increase and we will be closer to 90 per cent of our capacity by the middle of May.”

The process of deep cleaning MIQ hotels after all their existing isolation guests have left, before this 96-hour cohorting system is up and running, has contributed to MIQ’s reduced utilisation at the moment.