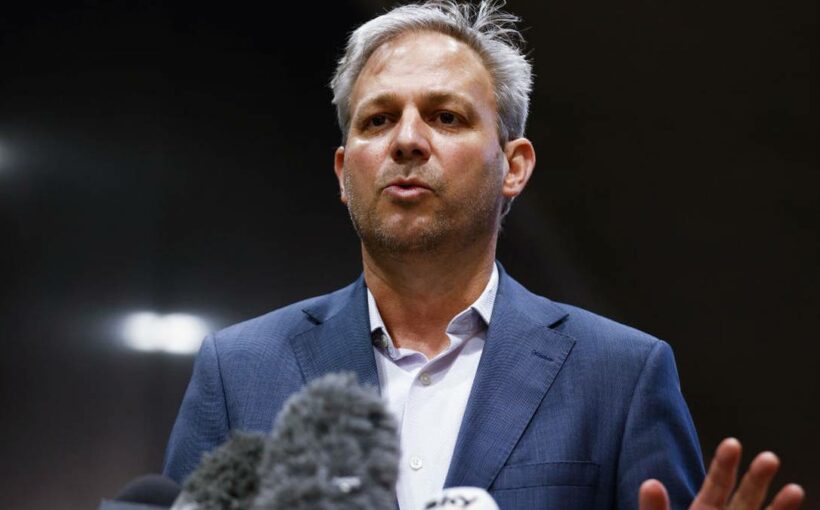 A new Covid-19 variant of “significant concern” has been identified in Victoria, with the new strain not linked to any of the cases in the state’s current outbreak.

Overnight sequencing identified two previous cases in the West Melbourne cluster as the Delta variant, which has ravaged India and is now spreading through the UK as well.

“It is a variant of significant concern. The fact that it is a variant different to other cases it means it is not related, in terms of transmission, with these cases,” chief health officer Professor Brett Sutton said.

“It has not been linked to any sequence cases across Australia from hotel quarantine or anywhere else that it is not linked in Victoria or any other jurisdiction.”

There are now seven cases of this new variant in the West Melbourne cluster.

Four of the cases identified as the new Delta variant are part of a family, made up of two adults and two children, who travelled to NSW’s Jervis Bay.

The other three cases are linked to another family made up of two parents and a child. Authorities are waiting on the test result from a fourth child in that family.

More than 300 primary close contacts have been linked to this cluster through the North Melbourne primary school community.

Authorities are rushing to find the source of the outbreak, with officials refusing the rule out the virus could have originated in NSW or regional Victoria.

This strain has previously presented in hotel quarantine but so far authorities have not been able to link the outbreak to any returned travellers.

It comes as the state confirmed four new locally acquired infections on Friday, bringing the total number of cases in the outbreak to 65.

There were also two cases recorded from overseas travellers who are currently in hotel quarantine.

Many health experts have taken issue with the language used by Victorian government officials to describe the Covid-19 strain, known as the kappa variant, that lead to the state’s outbreak.

On more than one occasion this week, chief health officer Professor Brett Sutton described the variant as an “absolute beast” and on Wednesday’s claimed it was in the “measles category of infectiousness”.

These claims have been seriously disputed by a number of health experts who say the Victorian government has reverted to “alarmist or doomsday-type” language.

Professor Greg Dore, an infectious diseases expert at the University of New South Wales, said it was wrong to say the strain was as infectious as measles and that it was spreading exponentially in Melbourne.

He said the strain spreads “like other variants”, including through aerosol transmission, with some exposures in short-duration indoor settings. He said it had the potential to spread exponentially, as all the variants can.

University of Melbourne Professor James McCaw, an infectious disease expert and member of the Australian Health Protection Principal Committee, which advises the national cabinet, said this was not supported by the data he had seen.

“There is no epidemiological evidence that this virus spreads faster,” he told Nine Newspapers.

“There is no clear reason to think this virus is spreading in different ways. We need to be very cautious. We are on an absolute knife-edge in Victoria about whether we bring this under control rapidly or it develops further. But I don’t think it is helpful to seed alarmist or doomsday-type thoughts into the community.”