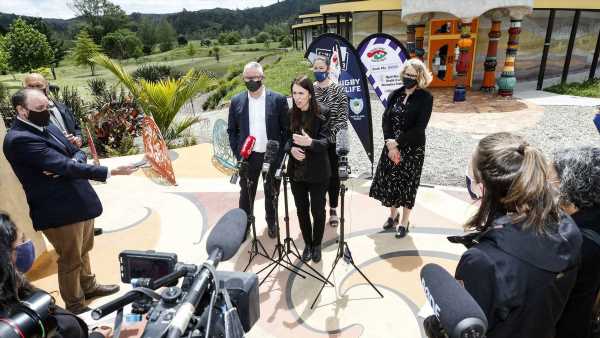 The top of the country is on a knife edge as authorities rush to work out exactly how a couple in Kaitaia became infected with Covid-19 without coming into contact or being at a location of interest linked to previous community cases in Northland.

The Far North was plunged back into alert level 3 just before midnight last night after officials announced that contact tracers had not been able to establish how two new community cases in the region had contracted the virus in recent days.

Far North District mayor John Carter said locals had expected something like this to happen, but acknowledged that people were scared about the situation.

“Quite honestly, the people are frightened,” he told TVNZ’s Breakfast show.

People were worried about the implications this might bring.

“That’s why we’re all working together. We’ll stand up…and get ahead of this thing.”

He acknowledged the family involved and said they had done everything right and were co-operating with authorities.

The development in Northland happened just hours after Prime Minister Jacinda Ardern was in the region and whose planned press conference had to be temporarily abandoned after a heckler repeatedly interrupted.

Ardern will be in Whanganui today to support the vaccination drive in the area.

On the overall low vaccination rate in the region, Carter said it was important to remember that a lot of the population are young.

“A lot of our people are younger and they haven’t been eligible for a jab until relatively recently.”

But efforts are now being made to get vaccinations out to those young people. The same goes for Māori, Carter said.

Te Tai Tokerau border control founder Hone Harawira told Three’s AM Show that even if they reached 90 per cent in Northland, the 10 per cent who would be missing were the “poor and the destitute”.

Harawira, who is self-isolating at the moment, said all the authorities were working overtime to try to get as many people vaccinated and tested as they could over the next few weeks.

The decision to put the northern Northland border in place straight through the Hokianga Harbour was because it was an easy road to cut and didn’t require too many people staffing it.

Harawira said Delta came from Auckland and they thought the exemption system was flawed and allowed too many people through the northern Auckland border.

He knew of one man who had spent 10 minutes visiting an orchard and then spent the rest of the day fishing with mates up there.

“We really think someone needs to clamp down properly like we are going to be clamping around the Muriwhenua area.”

Meanwhile, Minister for Māori Development Willie Jackson continues his work with gang leaders and the community in a bid to get the vaccination rate up within those groups.

“Everybody runs a mile when they see these guys. I understand that.”

He pointed to his mother, who worked as a parole officer for 20 years.

His upbringing, background and therefore understanding could help in this case – by working with gangs to get as many people vaccinated as possible.

“I don’t just come to go to Parliament to eat my lunch and rubbish the gangs and Māori and Pasifika, I come there to use my experience and background for the benefit of all New Zealanders – because I think New Zealanders want to see these guys vaccinated because we’re nervous of this virus.”

Top of Northland in lockdown

An exclusive Far North resort was blockaded after locals became concerned it had been visited by a new Covid-positive case – but the manager says it was a Facebook rumour that led to guests being turned away.

Carrington Estate on the Karikari Peninsula hosted a growing crowd at its front gate yesterday after it became one of a number of local businesses linked on social media to Northland’s newest cases of the virus.

The resort boasts a golf course, restaurant and winery with rooms priced from around $400. Despite it being the focus of local gossip, it is not listed on the Ministry of Health’s locations of interest page.

Caroline Snowden was at the entrance of the estate yesterday morning with a dozen others from the Haititaimarangai Marae, the tupuna marae of Ngāti Kahu. Numbers grew during the day until dispersing shortly after police arrived mid-afternoon.
Snowden said those present had asked to meet with the manager of the estate to confirm it was a location of interest. She said they also wanted assurances staff had opportunities to be tested and to isolate if required.

Snowden said the group was motivated by its responsibilities as mana whenua with a view to “safety for our people and our peninsula”.

She said that the group were not blocking traffic but stopping those arriving and going to ask about Covid-19 plans at the estate.

But Carrington Estate manager William Tan said those who gathered at the gate had blocked access to the estate and deterred guests from entering. “It’s caused quite a bit of stress to our guests.”

He said he had attempted to talk to the group by phone but they would not use a phone offered by a staff member at the gate. He said the group left mid-afternoon after police were called.

“They need to be charged. You can’t shut down a private business. It’s still just a rumour on Facebook.”

He said he had contacted the Ministry of Health to check and was told the resort was not listed as linked to a current Covid case.
There are now two Covid-positive cases in the Kaitaia region. A man who lives near Kaitaia was the first to test positive, followed by his former partner who lives with their children near Pukenui.

Locations of interest linked to the case include the Awanui Hotel, along with Bells Produce and Farmers in Kaitaia.