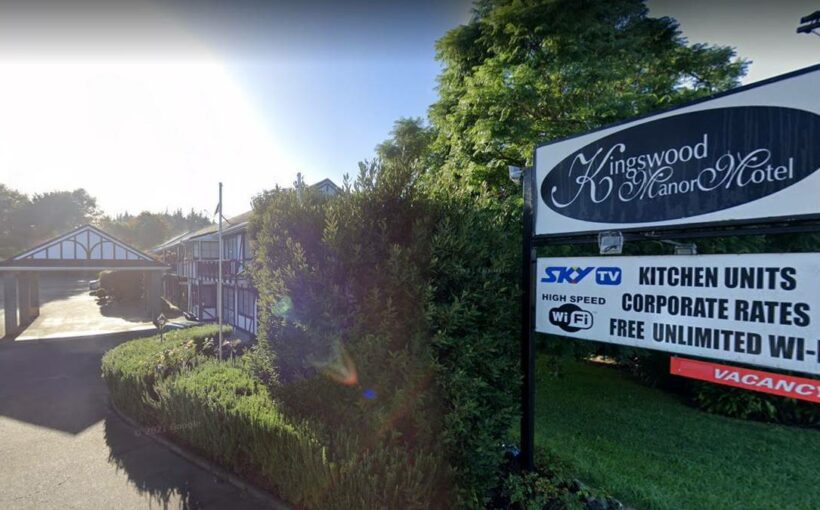 A person who tested positive for Covid-19 spent a night at a motel in Whangārei.

The Kingswood Manor Motel on Kamo Rd, Whau Valley, Whangārei has been identified as a location of interest after at least one positive case was there on Sunday, October 3.

They arrived at 9pm and stayed until the next morning until 10.15am.

Anyone who was at the motel at the same time is told to monitor for Covid symptoms and to get tested if any symptoms start to show.

Authorities continue to urge people to check the locations of interest page, as more than 350 exposure events are now listed as being linked to people with Covid.

The Ministry of Health has been releasing a steady stream of locations, over the last few days, in Auckland, Waikato, Northland and Bay of Plenty.

Other new locations in Auckland were named by the Ministry of Health just before 10.30am.

The Countdown Mt Roskill, on Stoddard Rd, Auckland has been identified on the list after a person with the virus was shopping there last Tuesday between 6.03pm and 7.30pm.

An infected person has also been recorded as being at the Opaheke Supermarket in Papakura last Monday.

They were at the shop for three minutes between 1.40pm and 1.43pm, but people who were there at the same time are told to self-monitor for any Covid symptoms.

Countdown Northcote, on Auckland’s North Shore, has two exposure events linked to it – after a person was there last Wednesday, between 4.45pm and 6pm, and Friday between 8.53pm and 10pm.

Anyone who was at the 3 Kings Plaza Pharmacy, at 536 Mt Albert Rd, in Auckland’s Three Kings is told to monitor their health for 14 days too after a person with the virus visited last Wednesday. The affected time is between 2.51pm and 3.01pm.

Two more exposure events were identified in Raglan in this morning’s first update – as well as more places in Auckland.

A total of 49 locations of interest or exposure events were identified on the website yesterday, with 11 added in the last update at 7pm.

The latest anyone with the virus has been out in the community was on Saturday in Pukekohe and Ngatea.

It is understood those locations relate to a person who lives in Pukekohe and who is in the process of moving to Katikati.

The Gull Pukekohe gas station was linked to the person between 6.50am and 8.05am on Saturday.

The National Storage facility, on Buckland Rd RD2 in Pukekohe, is affected between 7.30am and 9am that day.

Streetwise Coffee, on Manukau Rd in Pukekohe, was visited between 7am and 8.30am and the Z gas station, on Orchard West Rd in Ngatea, between 10.50am and 12.15pm.

The last location of interest connected to that person is Puke Hire, at 200 Manukau Rd, in Pukekohe between 7.45am and 9.10am.

Only two of those locations – National Storage Pukekohe and Streetwise Coffee – have a “stay at home” advisory for anyone who was there at the affected times.

“Stay at home, test immediately as well as five days after you were exposed at this location of interest,” the ministry says on its website.

“Please continue to stay at home until you receive a negative day five test result.”

Members of the public who were at those particular two places are also being asked to record their visit on the Ministry of Health’s website or by calling Healthline on 0800 611 116 so contact-tracers can be in touch.