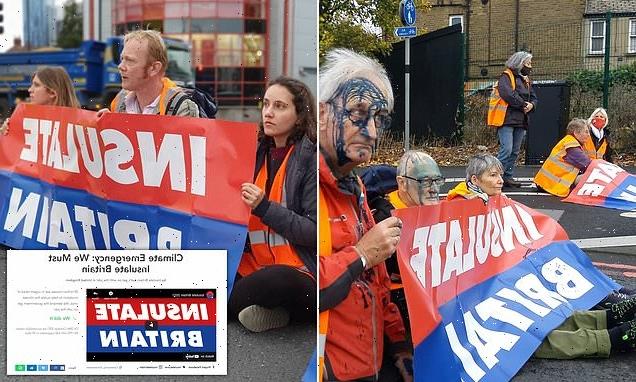 Crowdfunder BLOCKS contributions to Insulate Britain fundraising page that received more than £60,000 of donations after it was accused of ‘funding criminal activity’

An Insulate Britain crowdfunding page that received more than £60,000 of donations has been removed following accusations of it ‘funding criminal activity’.

The activists, from an offshoot of Extinction Rebellion, have caused chaos by blocking major roads since September 13.

Hundreds of protestors have been arrested at demonstrations on the M25, at the Port of Dover and on London’s road network despite High Court injunctions banning the group from all major roads in England.

An Insulate Britain fundraising page on Crowdfunder raised a total of £61,970 from 632 contributions in the 29 days since it was created.

The page claims the donations are to assist with ‘movement building, non-violent direct action training, back office costs and campaign materials and equipment’.

However, Crowdfunder has now prevented any further money from being donated to the campaign group. 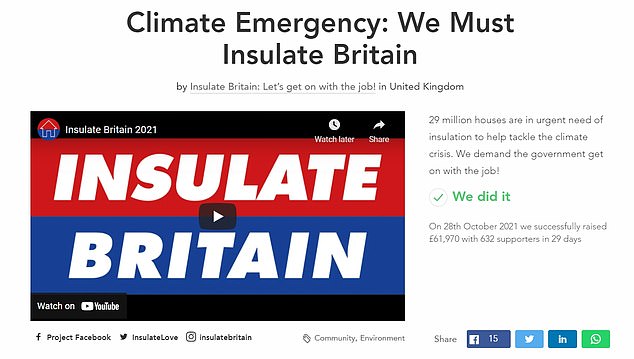 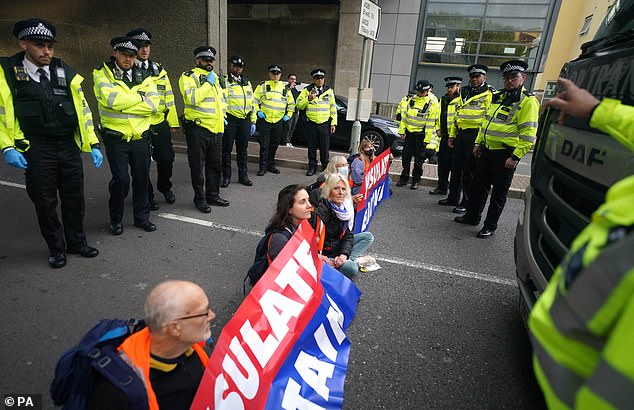 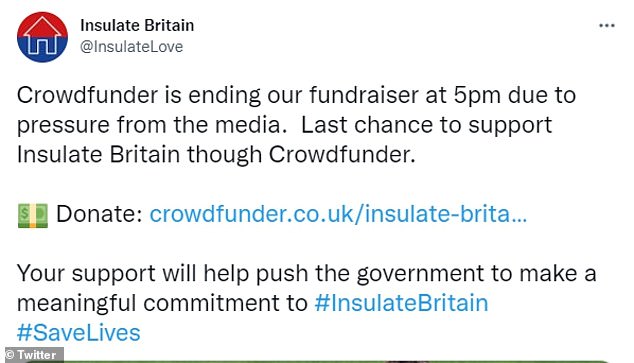 In a tweet, Insulate Britain claimed the fundraiser was to end at 5pm on Thursday ‘due to pressure from the media’.

However, the move follows concerns over the legality of the donations, which appear to be in direct rules for fundraising by funding criminal activity.

Tom Barr, a Surrey resident delayed by Insulate Britain and who raised concerns about Insulate Britain’s funding page to Crowdfunder, said it was ‘obviously the funding of crime’.

He added: ‘Crowdfunder and the Fundraising Regulator are to be commended for taking prompt action on preventing what was obviously the funding of crime.

‘But it should not be for ordinary people to make this happen; the taxpayer supports generous salaries for the senior figures in authority that should be acting imaginatively, proactively and robustly to protect the public.’

A spokesperson for the Fundraising Regulator said Crowdfunder had not referred the page, but the watchdog did confirm that it is ‘in discussion with the platform about the general legal questions that have been raised’. 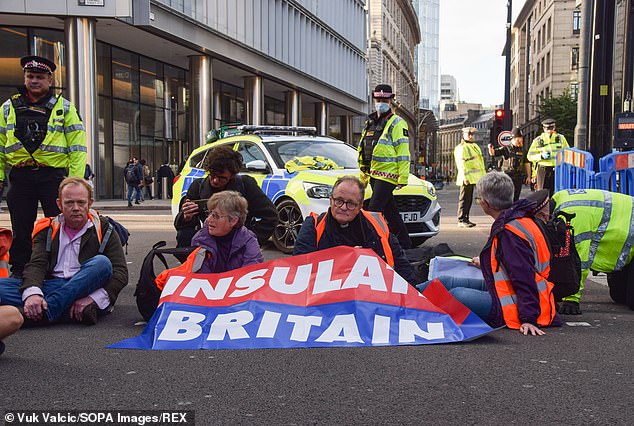 Protesters sit on the road with an Insulate Britain banner in Wormwood Street and Bishopsgate, close to Liverpool Street Station in London 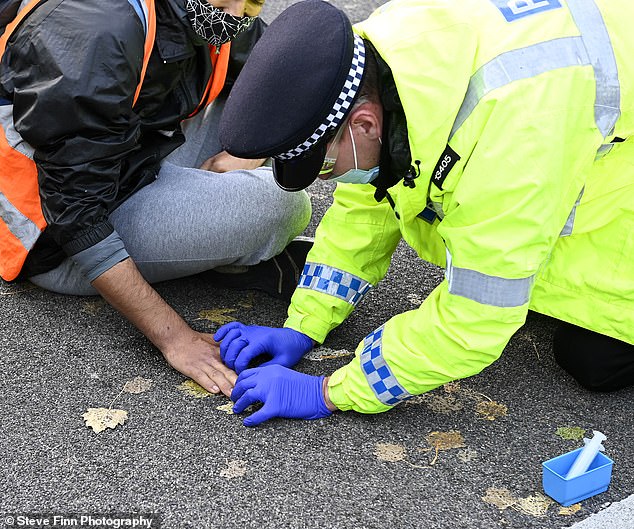 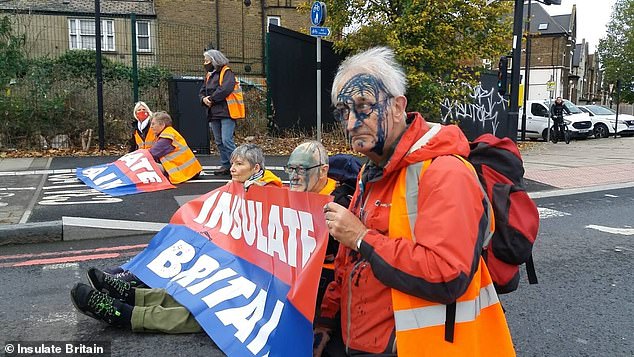 A statement continued: ‘Insulate Britain is a campaigning group made up of likeminded individuals and not a registered charity within the legal scope of the Charity Commission, nor does it fall within the Fundraising Regulator’s regulatory remit, as it is not a charitable fundraising organisation.

‘We work with 20 online fundraising platforms registered with us to develop standards and guidance, reflected in the Code of Fundraising Practice.

‘The Code makes clear the responsibilities of online platforms to ensure that fundraising activity carried out using their sites is lawful, and where it is charitable, complies with the Code of Fundraising Practice.

‘Crowdfunder has not referred this matter to us as we do not regulate the activity of Insulate Britain and individuals raising money for personal projects, however, we are in discussion with the platform about the general legal questions that have been raised.’

On Twitter, Insulate Britain encouraged supporters to donate ahead of a 5pm deadline.

The group said it will also ‘sort out an alternative fundraising platform’.

It comes as three days of Insulate Britain protests had an ‘economic cost’ of, the High Court was told.

The figure came as part of a written submission by a National Highways barrister to the Royal Courts of Justice on Thursday.

Saira Kabir Sheikh QC sought a continuation of an interim injunction banning the group from obstructing traffic and preventing access to 4,300 miles of motorways and major A-roads.

Ms Sheikh said Duncan Smith, the acting executive director of operations of National Highways, warned in a witness statement it is ‘only a matter of time’ before a ‘serious incident’ occurs as the result of the road blockades.

A decision on the injunction was adjourned to allow Insulate Britain more time to gain legal representation.

It means the order remains in place until a hearing on November 11.