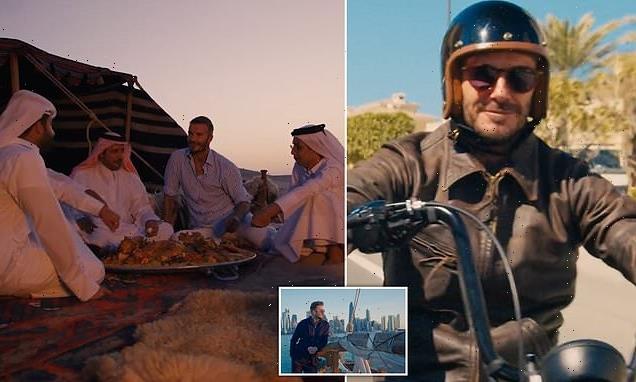 ‘An incredible place’: New video shows David Beckham gushing about Qatar ahead of the World Cup as the £10m face of the country’s tourism industry – despite it being illegal to be gay and women needing permission to study or marry

David Beckham has gushed about Qatar as ‘perfection’ in a glossy video to promote the despotic Middle Eastern country – where it remains illegal to be gay and women still need permission to study or marry – ahead of the World Cup this winter.

In a video set against the backdrop of the capital city Doha, the former England captain – a Unicef ambassador who says that he identifies as a feminist – calls Qatar an ‘incredible place to spend a few days’ as he unveils his £10million deal to be the face of the Islamic country.

Beckham, 47, is seen sailing on a boat, riding a motorbike and visiting a spice market before taking selfies with locals, visiting a bazaar and sitting down for food with a group of men dressed in traditional Arab clothing.

In a voiceover to the video, the father of four tells viewers that he cannot wait to bring his children to the country, adding: ‘Qatar really is an incredible place to spend a few days on a stopover. The modern and traditional fuse create something really special.

‘It’s one of the best spice markets that I have ever been to. This will go down as one of my favourite mornings. This is perfection, I cannot wait to bring my children back.’

Until now, Beckham has not acknowledged the controversial £10million contract to be the face of the World Cup and the Gulf state, where gay people are persecuted and misogyny is rife. It is still illegal for people to be gay in Qatar and women face discrimination from a male guardianship system that forces them to seek approval to marry, study or travel. More than 6,500 migrant workers have died there while building the infrastructure for the tournament, the Guardian, citing government figures, reported last year.

Beckham has come under fire from human rights campaigners including Amnesty for missing an opportunity to use his fame to highlight injustice in Qatar.

The former footballer insists that his involvement with Qatar provides the opportunity to bring about change from within and to ‘use football as a force for good’, but gay magazine Attitude accused Beckham of hypocrisy after he praised Blackpool’s Jake Daniels for coming out.

In a withering Instagram post, Attitude – on whose cover the ex-footballer famously appeared in 2002 – wrote: ‘David Beckham continues to keep his money just about as far as possible from where his mouth is when it comes to the LGBTQ community.’ 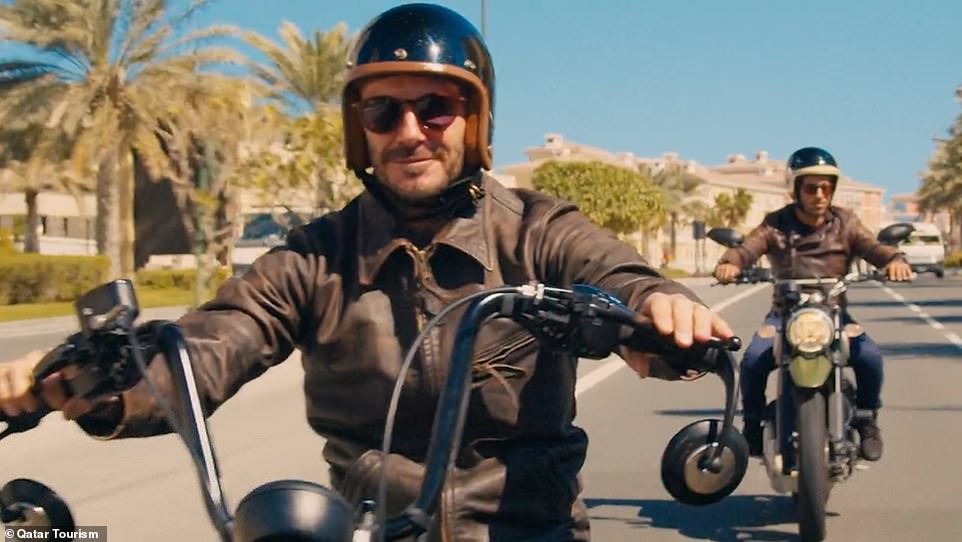 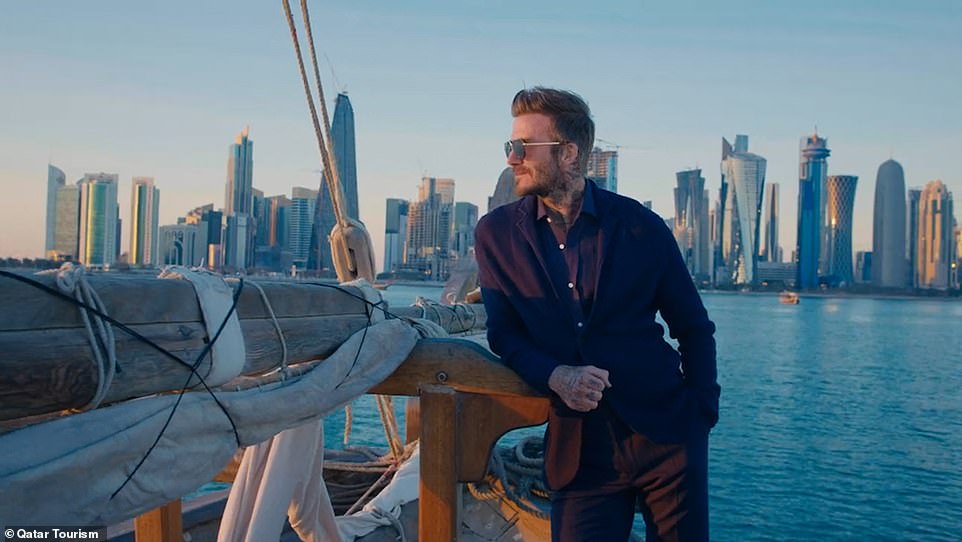 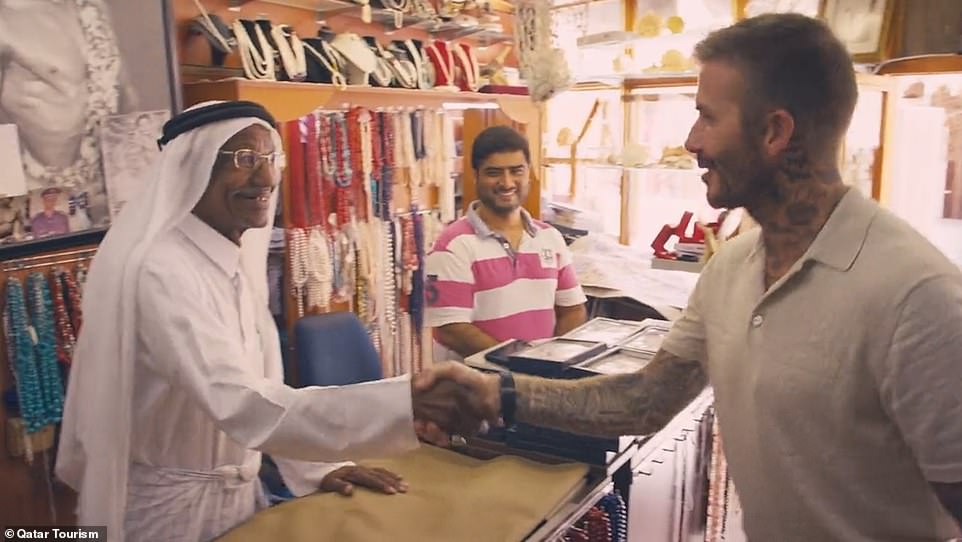 Beckham shakes hand with a vendor in a bazaar in Doha, Qatar’s capital city 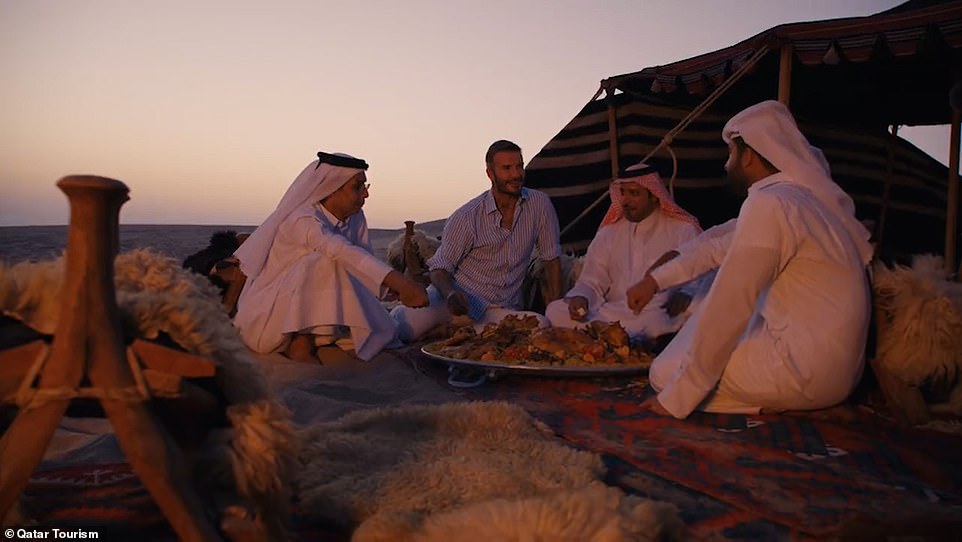 Chairman of Qatar Tourism and Qatar Airways Group Chief Executive Akbar Al Baker said: ‘It has been a pleasure to welcome David to Qatar, where he has immersed himself in the culture and experienced first-hand the warm hospitality of the people.

‘I encourage the millions who transit through Qatar every year to follow in David’s footsteps and create their own exciting adventure and memories.

‘We have something for everyone at incredible value, whether it’s sun, sea, sand, rich heritage and culture, surprising nature, or a modern and fun city break.’

The Mail on Sunday revealed Beckham’s deal with Qatar last February, which sparked fury from critics. Amnesty said at the time: ‘We would urge him to learn about the deeply concerning human rights situation in Qatar and be prepared to speak out about it.’ 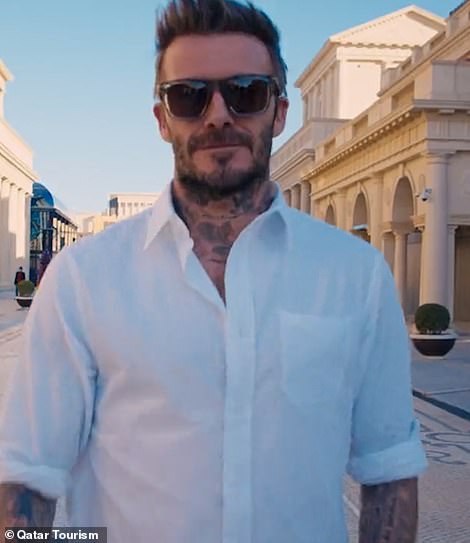 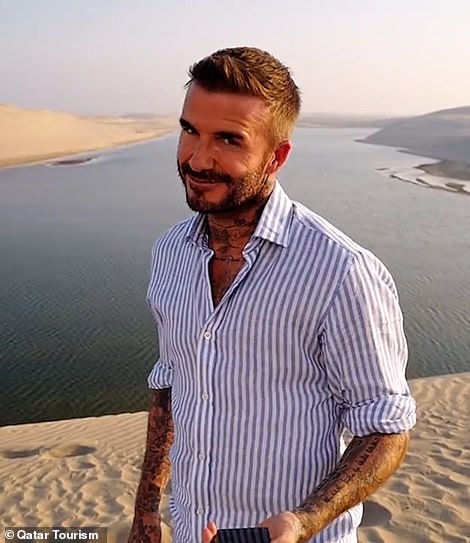 The Mail on Sunday revealed Beckham’s deal with Qatar last February, which sparked fury from critics 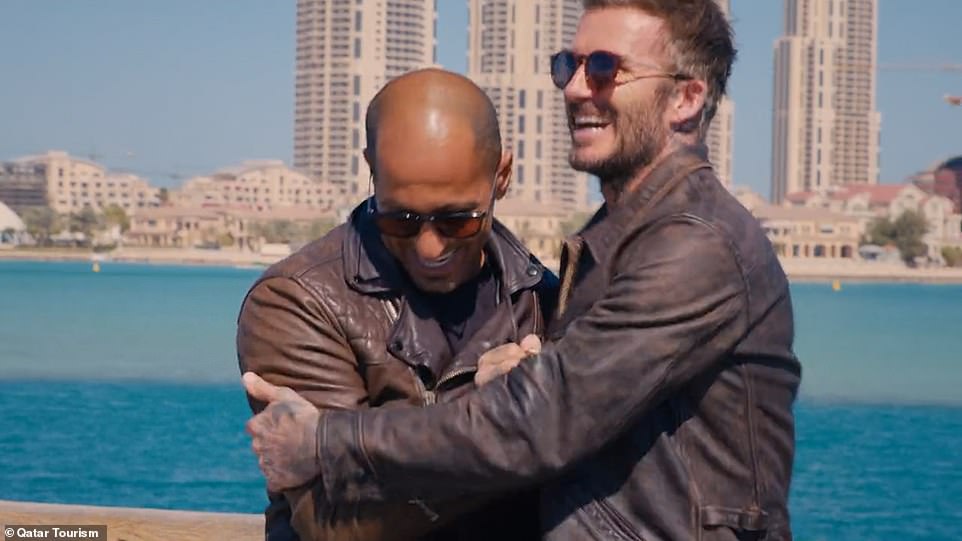 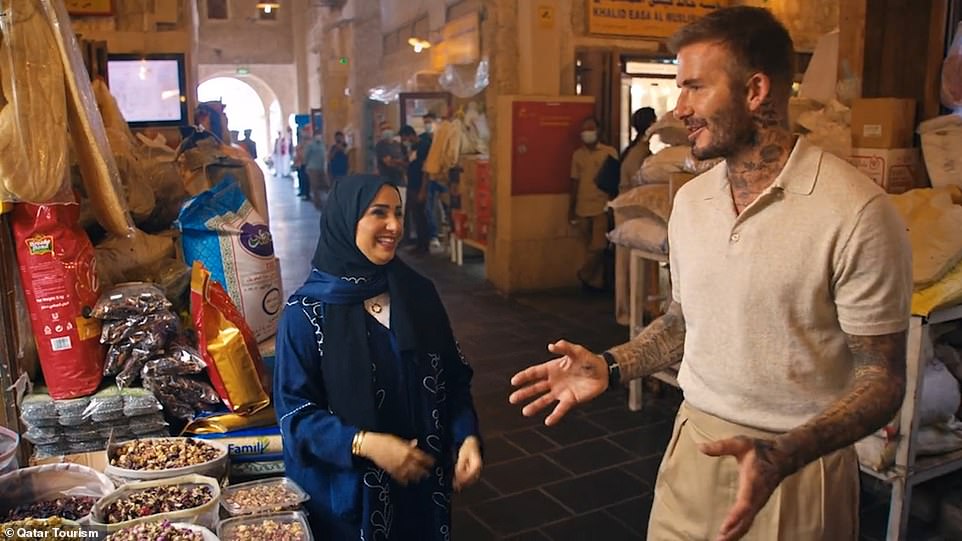 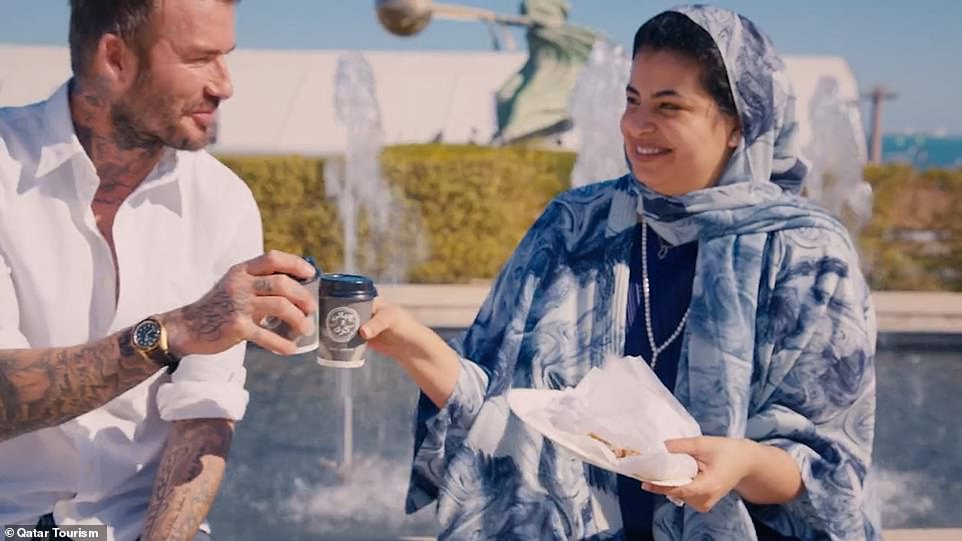 Those close to Beckham say he was left ‘distraught and mortified’ when he was condemned over the controversial deal. They told the Mail: ‘It’s not surprising that David Beckham wants to be involved in such a major football event, but we would urge him to learn about the deeply concerning human rights situation in Qatar and be prepared to speak about it.

‘Qatar’s human rights record is troubling, from the country’s longstanding mistreatment of migrant workers, to its curbs on free speech and the criminalisation of same-sex relations.

‘David Beckham should use his unique worldwide profile to keep the world’s focus on the human rights issues surrounding the matches, and not just play on the pitch.’

The FIFA World Cup runs from November 21 to December 18 and is the first held in the Arab world.

Beckham was widely praised for helping to tackle the stigma suffered by gay sportsmen and women by agreeing to appear on the cover of Attitude in 2002.