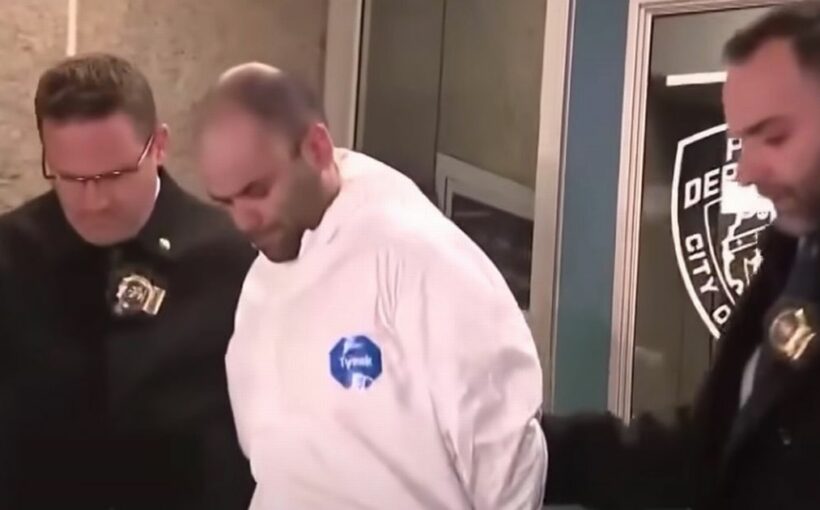 A sick dad warned his three kids to “keep your seatbelts on” before he ploughed down their mum in an SUV so hard she flew over a nearby fence, it is alleged.

Stephen Giraldo, 36, is accused of running over 41-year-old Sophia Giraldo before getting out of the turned-over vehicle by climbing past his son in the passenger seat to walk over to his injured wife and stab her twice in the right breast.

The three kids, who are aged six, nine and 11, have since been taken into the care of other family members after Stephen Giraldo reportedly confessed to cops after remaining at the scene of the brutal attack.

He allegedly rang the police himself and said: “I think I killed my wife,” before admitting to cops: “I hit my wife — arrest me.”

Sophia miraculously survived the bloody attack, but it is in a critical condition with broken bones, a punctured liver, and severe neurological damage.

She filed for a divorce in August and accused her marriage of being toxic in a podcast saying she wanted her new year to “look different”.

Stephen Giraldo could now face up to 25 years behind bars and faces charges of attempted murder, assault, weapons possession, reckless endangerment and endangering the welfare of a child.

Queens District Attorney Melinda Katz said: “The brutality of the attack, and the fact that it was committed in full view of the victim’s three young children, stirs heartbreak and outrage in all of us.”

The trial continues, with Stephen Giraldo’s next court date arranged for January 12, 2023.