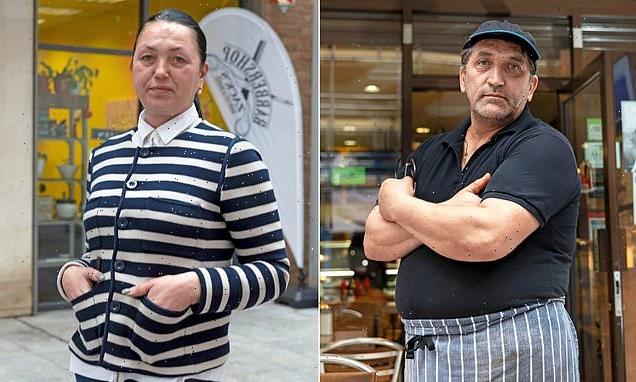 ‘Two customers a day – if I’m lucky!’ Despair of the businesses next to civil servants’ almost empty offices and the club that’s only full at weekends when they flock back to see a show

With its affordable accommodation, meeting rooms, restaurant and well-stocked bar, the Civil Service Club in the heart of Whitehall used to bustle with mandarins. Today, however, business is slow – apart from at weekends.

‘They have all got used to working from home,’ one member of staff told The Mail on Sunday last week.

‘Even now, with politicians telling people to get back to the office, they prefer to stay at home.’

Occupancy rates for the club’s 26 bedrooms stand at 67 per cent, compared with 93 per cent two years ago. 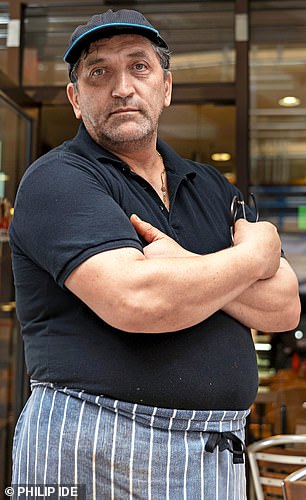 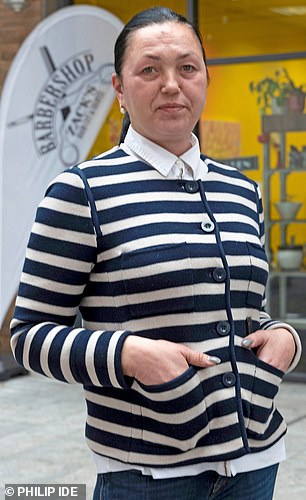 About 500 civil servants have cancelled their memberships.

‘The only time the rooms are really used are at the weekends when the members come to London to see a show or go out for dinner,’ added the staff member ruefully.

Conservative Party chairman Oliver Dowden told civil servants last week to ‘get off their Peloton [exercise bikes] and get back to their desks’ – a reference to Sarah Healey, Permanent Secretary at Mr Dowden’s former Department for Culture, who admitted that working from home had given her more time to exercise.

Such pleas are falling on deaf ears, leaving not only the bars and bedrooms of the Civil Service Club deserted, but putting local businesses at risk.

Emilija Zaliauskaite, who runs Zack’s, a barber, on Monck Street, close to the Home Office, fights back tears as she explains that she is selling up after 16 years.

‘I am lucky if I get two customers a day,’ said the 46-year-old Lithuanian. ‘As things are now, I can’t afford to pay my bills or look after my 16-year-old son. I am going to have to sell and do something else. 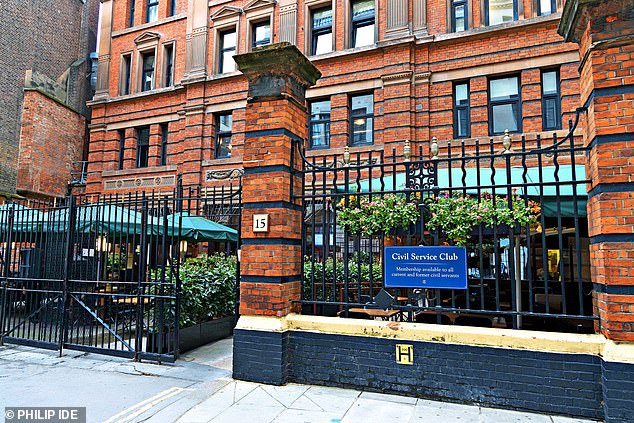 MINISTRY OF QUIET: Mandarins no longer carouse at the Civil Service Club

The top civil servant slapped down for boasting about riding her Peloton bike rather than working in the office is no longer working from home – because she has moved out while the property undergoes an expensive refurbishment.

Sarah Healey, permanent secretary at the Department for Digital, Culture, Media and Sport, was accused of undermining Ministers when she hailed the benefits of working from home and said: ‘I have a Peloton and I can just get on my bike whenever I have a teeny bit of time.’

However, her £700,000 house in East Dulwich, South London, is surrounded by hoardings, with plans submitted to the local council detailing major renovation work including ‘Crittall- style double-glazed doors’ and an ‘external courtyard area’.

As a rebuke, Tory Chairman Oliver Dowden last week told staff to ‘get off their Pelotons and get back to their desks’, adding: ‘People want the Government to lead by example.’ 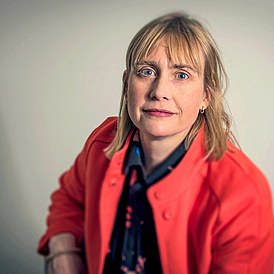 ‘It is so selfish that these people won’t go back to their offices. It just feels like the businesses that were there for them for years have been abandoned.’

Muhammad Zahid, who has spent nine years at Regent Dry Cleaners on Horseferry Road, has suffered a similar experience. ‘It really feels like the area is becoming a ghost town. It won’t be long before a lot of the businesses that had been here for years will simply fold.’

‘We used to have queues out the door at lunchtime. It’s nothing like that now,’ he said.

Mr Covelluzzi, 58, had hoped to give staff a pay rise but business has been poor.

‘If these people don’t come back to the office, businesses like mine will simply disappear.’

His hopes may be dashed if job advertisements for government departments are anything to go by. One for a post at the Treasury, whose boss Chancellor Rishi Sunak has encouraged people to return to their desks, said employees would be allowed to work from home in a hybrid pattern on a permanent basis, spending two to three days a week in the office.

The taxman has proved equally reluctant to leave home. Jim Harra, boss of HM Revenue & Customs, told his staff to return to the office on September 29 – more than two months after home working restrictions were lifted – and said they need come in only one day a week.

Meanwhile, the public has been warned that tax rebates will not arrive until February and barely a third of 4.5 million items of post are cleared within a target of 15 days.

‘If it weren’t for the builders who worked all through the pandemic, I would be finished,’ he said. ‘A lot of these office workers are clinging on to this idea that they don’t feel safe. It just rings hollow to me. They’ve got comfortable at home, that’s what it comes down to.’

By Michael Powell for the Mail on Sunday

Working from home has created a ‘mental health timebomb’ for millions of Britons, according to a leading counselling clinic.

Paracelsus Recovery said cases of stress, anxiety and depression had soared during lockdown with abuse of drugs and alcohol and eating disorders also spiking.

It said millions of people had been ‘conscripted into the largest remote working experiment in history’, which has resulted in a new ‘home sickness’ syndrome as injurious to health as smoking.

He said home working was ‘rooted in a lack of structure’, adding: ‘People have been completely isolated from any meaningful interaction with colleagues. Those who are single have been totally on their own and we know loneliness is as bad for health as smoking.’

He said remote work during lockdown was more harmful than in normal times when people could work in a cafe or go out for dinner in the evening. ‘Instead, we have been calling it remote work when we should be calling it isolated work,’ he added.

Polling for the Royal Society for Public Health found 67 per cent of home workers felt less connected to their colleagues than before the pandemic and 56 per cent now found it harder to switch off.