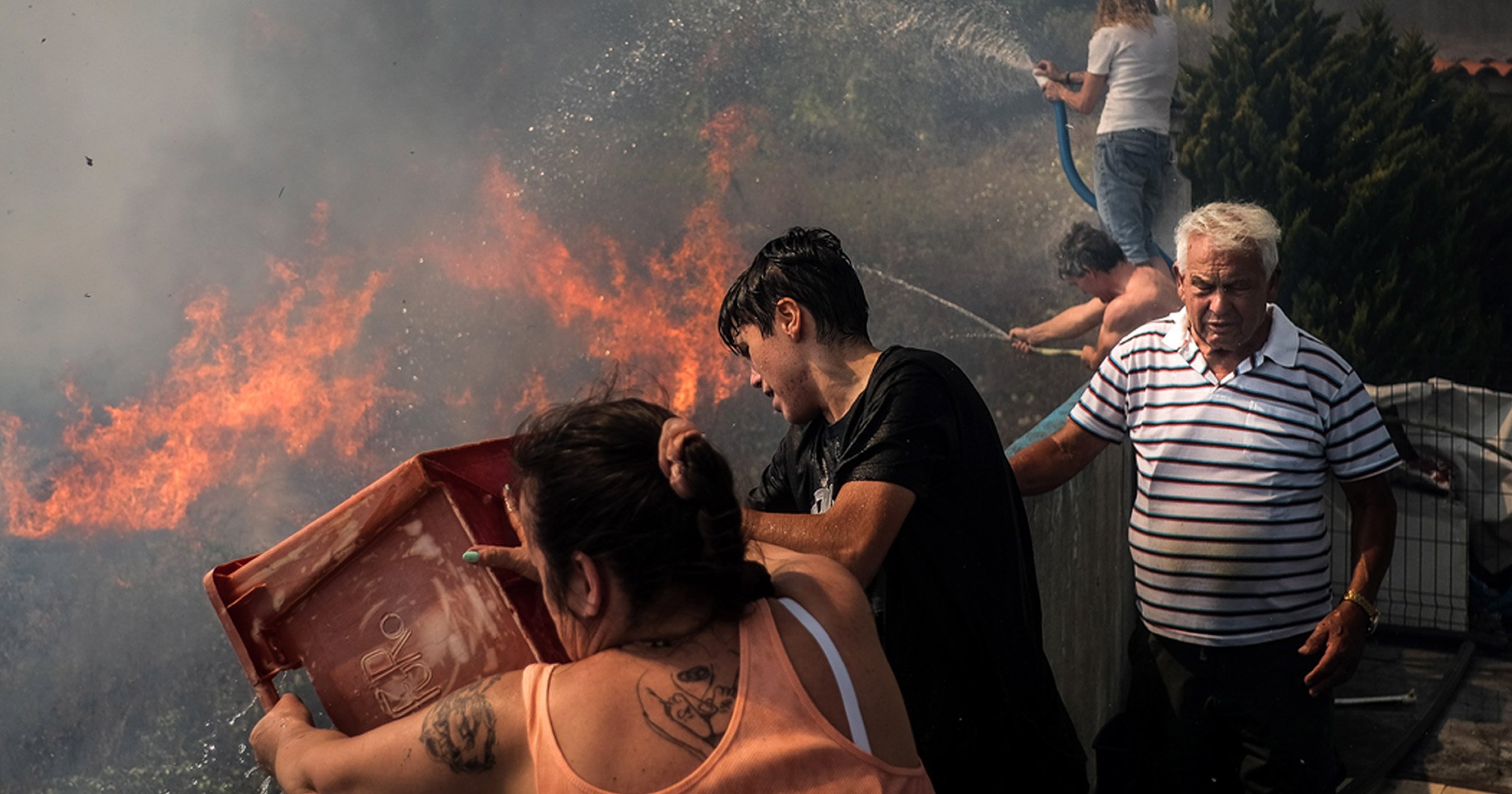 Europe is in the grips of a brutal ‘heat dome’ that could shatter temperature records across the continent.

The mercury is rising well above average for July, and has even hit 47°C in Ourense, northern Spain.

France, Spain and Portugal started the week battling devastating wildfires, with hundreds of people desperately trying to save their homes and animals.

Fears are also growing for the Balkans as extended drought conditions sweep through Greece and Bulgaria.

Brits are also set for a blistering week ahead after the Met Office issued an extreme heat for 72 hours, from Sunday to Tuesday.

Clare Nullis, a World Meteorological Organisation spokesperson, told a United Nations briefing that although the heatwave was mainly affecting Portugal and Spain, it was likely to spread elsewhere.

‘It is affecting large parts of Europe and it will intensify,’ she said.

Hundreds of airborne firefighters and emergency crews battled blazes in south-western France in the early hours of this morning.

Thousands of holidaymakers and residents were forced to evacuate after the flames spread across 1,500 hectares of forest.

The biggest of the two Gironde fires is located around the town of Landiras, south of Bordeaux, where temperatures have hit 38°C.

The other is along the Atlantic Coast, close to the iconic ‘Dune du Pilat’ – the tallest sand dune in Europe.

At least 6,000 people from the surrounding campsites were evacuated to safety.

Firefighters struggled to take control of the emergency in the Ourém municipality, north of Lisbon, after flames reignited in strong winds.

In the nearby Leiria, houses were torched and blazes caused the closure of three main highways.

‘I don’t remember anything like what is happening today,’ Joaquim Gomes, a 75-year-old retiree, said.

Around 1,700 firefighters were tackling 14 active fires across Portugal, with more than half of the country on ‘red alert’ – the highest level – as tourists continue to flock to its beaches.

The fires in Spain all come just weeks after a massive heatwave in June – the earliest recorded in almost 40 years.

At least 1,500 hectares were destroyed by a fire in Las Hurdes in Extremadura, western Spain, forcing the evacuation of 400 residents.

There remains a high risk of wildfires in the central regions of Castille and Leon.

‘It is indeed a season with more heat than other years… it’s hard,’ said Edison Vladimir, a 42-year-old delivery worker in Madrid.

With human-caused climate change triggering droughts, the number of extreme wildfires is expected to increase 30% within the next 28 years, according to a February 2022 UN report.