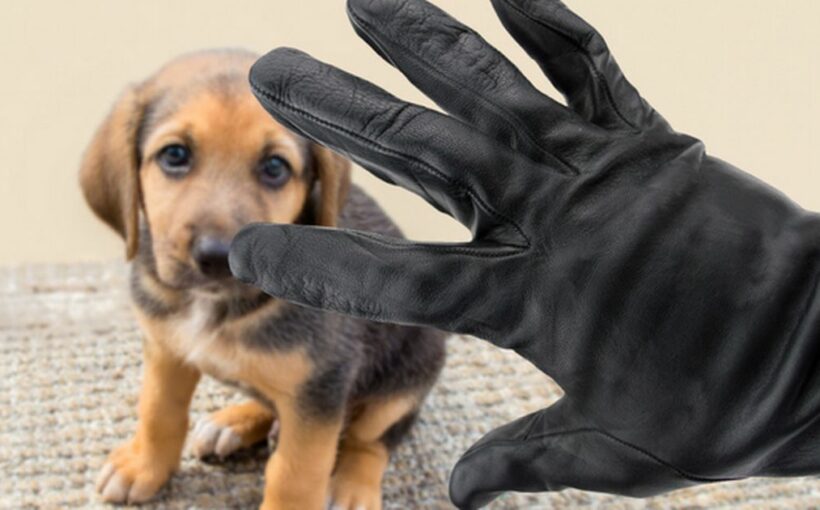 Mysterious blue stickers have put dog owners on high alert that their pets may be in danger.

A spate of the unusual adhesives, appearing on the front of homes across the UK, is feared to be a marker for criminals hunting for high-value dogs to snatch.

Warnings are now circulating on social media groups, urging dog owners to be vigilante and wary of thieves after expensive dogs they can use for breeding.

It is feared that the colour of the sticker represents the sex of dog that lives in the house – blue for male and pink for female, Wales Online reports.

A worried dog owner photographed a blue sticker she found planted on her front door overnight, and shared it online where others claim to have been targeted.

Captioning the snap, the woman from Merseyside said: "Woke up to this on my door this morning.

"Never had anything like it before. I've obviously posted on the Crimewatch group only for head up to pet owners and to see if anyone has had similar.

"I've had a few sarcastic comments but as I've said I'm not usually one for all this but just find it a bit odd."

The dog owner says the small blue sticker was 'freshly stuck' and believes the colour indicates she has male dogs.

She added: "Both my dogs are male, one being worth a lot of money. Just wanted to let people know here in case is something to be concerned about."

The woman has now installed CCTV cameras outside her property as a precautionary measure.

However, she is not the only one who has found a sticker outside their homes in recent days, as others have reported similar happenings in the Birkenhead area in particular.

She said: "I really just wanted to let people know before it's too late. It's disgusting how we have to live.

"Luckily I have a dog who wouldn't let anyone a foot near the door but who's saying he wouldn't get poisoned or something?

"I know it's far fetched but it happens and for what my new pups worth, it's easy for them. This pup is worth more than everything in my home."