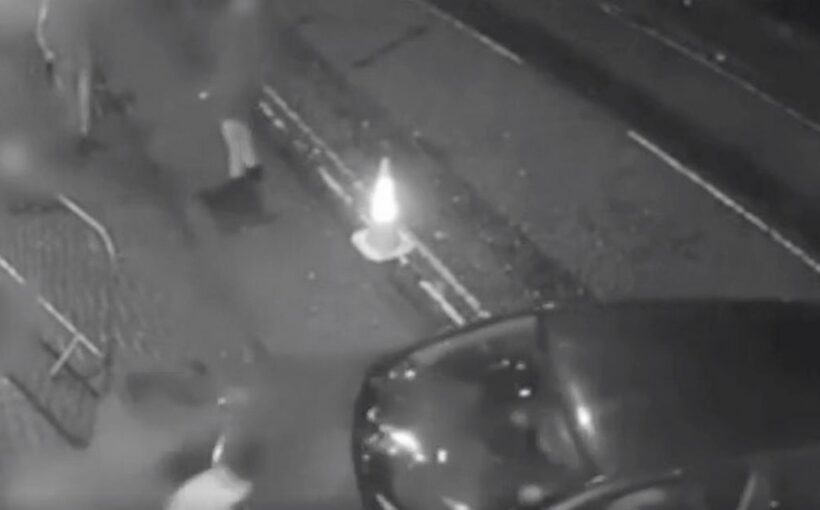 A drunk man turned his car into a weapon and drove at a young mum and her partner as they walked home on Christmas Eve.

Lee Clarke, 23, was jailed for six and half years after ramming Sophia Meakin-Hogg and her partner Skye Bullen, 22, on December 24 in 2019.

He then reversed his Golf and drove at the helpless couple a second time, Manchester Evening News reports.

CCTV footage shows the moment Clarke used his car as a battering ram to attack Sophia and her then-partner, Skye.

He had turned his headlights off to avoid detection.

The couple had nipped out for a quick drink and were on their way home to wrap presents for Sophia's young daughter.

Sophia, 23, says: "Clarke could have killed us that night.

"He drove at us and for no reason other than he wanted to pick a fight with someone."

Sophia and Skye met in December 2018, and Sophia was already mum to a little girl, Layla, now three.

Recalling the terrifying night, Sophia says: "The plan was just to have one drink and then pick up a pizza and go home.

"But as we walked into the pub and there was immediately a bad atmosphere. "There was clearly some trouble with one group. We got our drinks and kept ourselves to ourselves but then two men from the group walked over and started abusing us.

"Skye is not at all aggressive and he ignored them and we decided to leave.

"But as we left some of the group followed and began shoving and pushing us in the street.

"Skye pushed back in self-defence once at the man, Lee Clarke, but apart from that he did not react at all."

Moments later, Sophia saw a car without headlights driving right at them onto the pavement.

She says: "I was in shock, lying on the ground, but then I heard the gears grinding into reverse and I realised in horror that he was going to hit us again."

Sophia and Skye received trauma, including bumps and cuts to their heads and bruising to their bodies.

But the mum has stayed strong and says: "Christmas will be extra-special for me now because I know how lucky I am to be alive.

"I won't let an idiot like Clarke spoil the festive season for me and my little girl."

Clarke, from Rossendale, was sentenced at Burnley Crown Court after he pleaded guilty to dangerous driving and two counts of assault occasioning actual bodily harm.