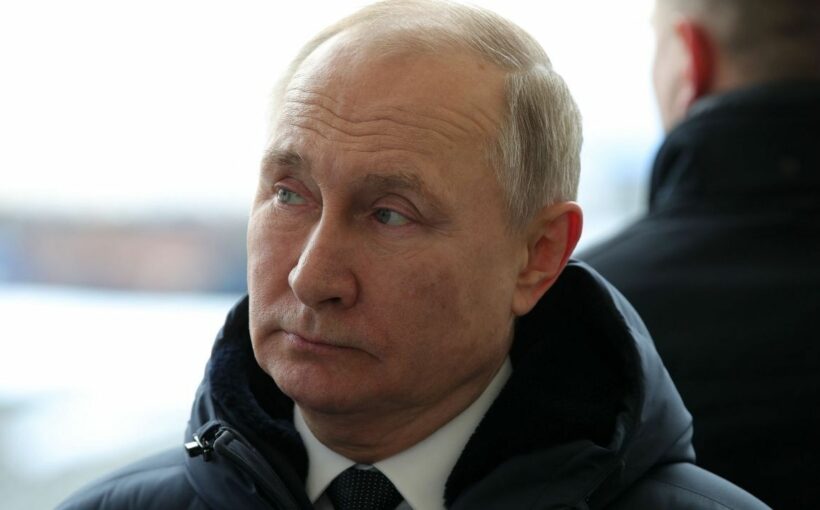 The news follows the sentencing of the first Russian soldier of war crimes in Ukraine for killing an unarmed civilian during the early days of the invasion. Reports of war crimes committed by Russian forces began to emerge from the beginning of President Vladimir Putin’s offensive at the end of February and at a fuller force as Ukrainian troops reclaimed ground from Russia.

According to a tweet from NEXTA, the largest Eastern European media outlet, eight more Russians have been accused of war crimes in Ukraine.

The organisation tweeted: “Eight more Russians are accused of crimes in Ukraine.

“Criminal cases have been initiated against five servicemen of the Russian army and three mercenaries of the PMC Wagener, who are accused of torturing and killing civilians during the Russian occupation in the Kyiv.”

The Wagner Group is a Russian paramilitary organisation, also described as a private military company which came to fame in 2014 and 2015 following the war in Donbas in Ukraine for its support of separatist forces of the Donetsk and Luhansk People’s Republics.

Operatives from the Wagner group have routinely been accused of committing war crimes including raping and robberies of civilians in areas they have been deployed including Syria, Libya, and Mali.

A video emerged of Wagner PMCs torturing an accused deserter and has been used by the Kremlin to give them plausible deniability in certain conflicts.

The Wagner Group has reportedly been deployed in the Ukraine conflict with the mission to assassinate Ukrainian leaders.

On Monday, Russian tank commander Vadim Shyshimarin was issued a life sentence after pleading guilty to killing a Ukrainian civilian in the first war crimes trial since the invasion.

Shyshimarin, 21, was sentenced at a Kyiv district court after he shot a 62-year-old unarmed civilian in the head as he rode his bike in the village of Chupakhivka.

The office of Ukrainian Prosecutor-General Iryna Venediktova says it has received reports of over 10,000 alleged war crimes, with 622 suspects identified.

Shyshimarin told the court in a videotaped statement that he and four other Russian servicemen stole a car at gunpoint to flee Ukrainian forces when they spotted Oleksandar Shelipov on his bike.

The tank commander told how he was ordered by another member of the group to kill the man in order to stop him from reporting them to the Ukrainian army.

He said: “I was ordered to shoot, I fired an automatic burst at him, he fell. We drove on.”

The Sergeant’s defence lawyer Viktor Ovsiannikov told the court that the soldier had initially refused to fire the shots but proceeded for fear of his own safety.

The lawyer said: “I personally think that it should not be this young man in the dock, but the senior leadership of the other country that I think is guilty of unleashing this war.”

Spokesperson for the Kremlin Dmitry Peskov spoke about the case to reporters and said that the accusations against Russian soldiers by Kyiv were “simply fake or staged”.