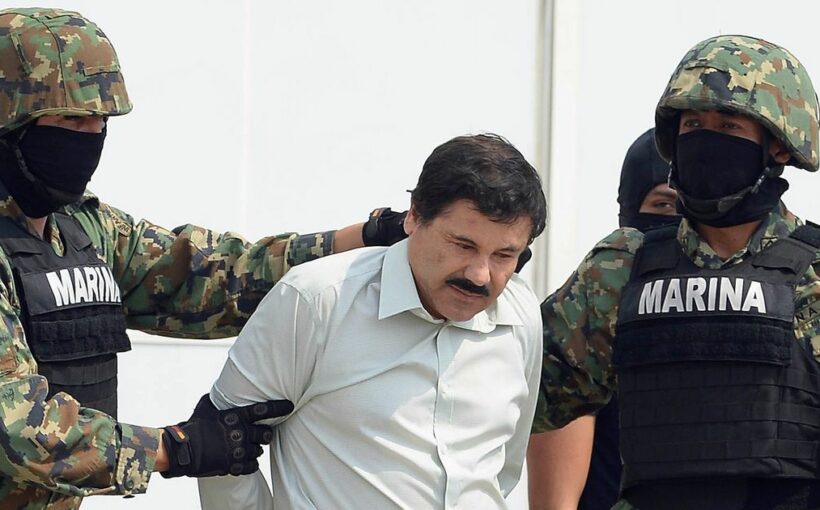 The Sinaloa cartel chief Joaquín "El Chapo" Guzmán has been in prison for five years – but the gang's drug business seems to be thriving more than ever before.

The cartel leader has been imprisoned in a US "supermax" prison since 2017, serving a life sentence after being found guilty of all 10 federal charges he faced.

But according to official US data, security analysts, and some of his lawyers, the business has never been better for his gang despite the "significant victory and milestone" of his arrest.

A senior analyst in Mexico for the International Crisis Group, Falko Ernst, said that seeing the arrest or killing of cartel leaders like Guzmán as a blow to those cartels is misleading and leads to bad policies.

He said: "Keeping the US kingpin strategy has incredibly harmed Latin America but especially Mexico.

"El Chapo's arrest is an illusion that relies on believing you can behead a criminal organization and diminish their operations."

In 2020, there were almost 20,000 homicides, the highest annual total in Mexican history, according to Mexico's National Institute of Statistics and Geography.

Firearms were used in more than 80% of homicides.

Criminal organizations in Mexico have proliferated, from 20 in 2000 to more than 200 in 2021, according to a recent report by Lantia Consultores, a consulting firm in Mexico researching organized crime.

That growth is largely due to the fragmentation of larger cartels after the capture or killing of their leaders.

Michael Schneider, one of Guzmán's lawyers in the US, reportedly chuckled when asked why the drug business was booming even with Guzmán in jail.

"The case of Guzmán in Mexico was relevant to me because he was not properly represented," he said. "Politics were very much linked to his case. It was basically all politics."