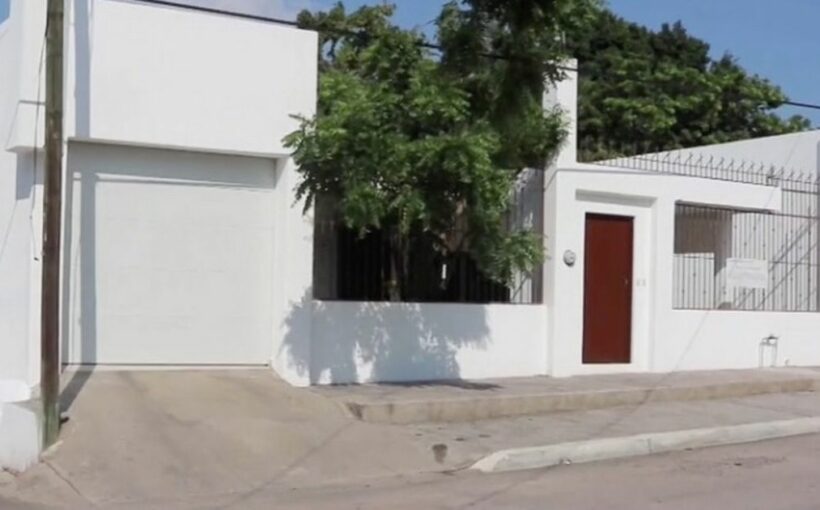 A former safe house that belonged to infamous Mexican drug lord El Chapo is to be given away by the country's government in a national lottery.

The criminal, full name Joaquin "El Chapo" Guzman, fled the house in 2014 when marines surrounded it.

The country's Institute to Return Stolen Goods to the People (INDEP) are now going to give it away to a lucky punter in a prize draw – after a few minor changes.

El Chapo famously had a network of tunnels under the house that led from the entry point dug underneath a bathtub, which has now been tiled over.

A subterranean storm sewer on one side of the house connected to the hole under the bath. On the other side is a neighbour.

The modest 2,800sq ft house has also been given a lick of paint and had the multitude of security cameras removed. El Chapo was famously paranoid about being arrested or betrayed.

His 2014 escape from the house marked a period of only a few days where he evaded security forces before being swooped on again, this time in a condo on the Mexican coast in Mazatlan, Sinaloa.

The Sinaloa cartel leader – the most wanted by US and Mexican anti-drug agencies – was arrested by Mexican marines at a resort in February of 2014.

He escaped prison for a second time before El Chapo was captured again in 2019. He was extradited to the US where he is now serving a life sentence in prison.

INDEP's website makes no mention of the two-bedroom house's storied history, listing it only as 'Casa en Culiacan,' Sky reported.

The property is ironically in a neighbourhood called Libertad, the Spanish word for freedom, and the government value it at £132,527.

INDEP officials reportedly said that they were surprised about the attention that the house is receiving because when they tried to flog it last year for around £95,000, nobody wanted it.

Also among the gov's seized properties repertoire are a huge home in one of the capital's plushest neighbourhoods and a private box at the Azteca Stadium.