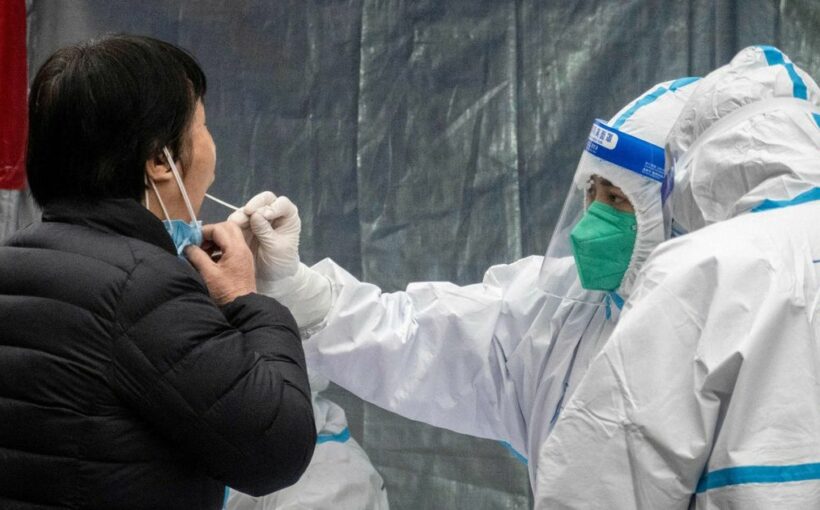 All three of the positive test results came from people who had no symptoms, but were deemed enough to enforce everyone in the Chinese city of Yuzhou to stay at home.

Local authorities announced a ban on Monday of all vehicles including public transport until further notice.

Strict no-nonsense measures are understood to have been implemented across China to prevent coronavirus impacting its Winter Olympics set to kick off on February 4.

The 1.2 million in Yuzhou join more than 13 million others in the country currently facing tight lockdown orders. China has said it wants to be Covid-free before the Olympics begin and local officials face the sack if cases are found in their jurisdiction.

All shops, entertainment and leisure venues have been closed and only businesses that “guarantee the supply of daily life materials” can be open, the Mirror reports.

Officials from the Communist Party in Yuzhou, about 400 miles southwest of the capital Beijing, said in a statement: "So far, the source of the virus is unknown, the number of cases is unclear.

"The virus control and prevention situation in our city is very severe. "To curb and quash the epidemic within the shortest amount of time is a high-priority political task facing all officials and people in the city."

There were no new fatalities in mainland China for Monday, leaving the death toll since the virus first emerged in the central city of Wuhan in late 2019 unchanged at 4,636.

Mainland China has had 102,841 total confirmed symptomatic cases as of late Monday since the pandemic began.

Yesterday the UK confirmed a further 218,724 coronavirus cases recorded in just one 24 hour period, and more than 13.6million cases since the pandemic began.

Omicron sufferers are complaining of a 'terrifying' new side effect wreaking havoc with their sleep.

Added to an ever-growing list of Covid-19 symptoms is sleep paralysis, described on the NHS website as "when you cannot move or speak as you are waking up or falling asleep".

A former Miss Universe model says coronavirus has left her with "the most random" and "feral" symptom of repeated burping.