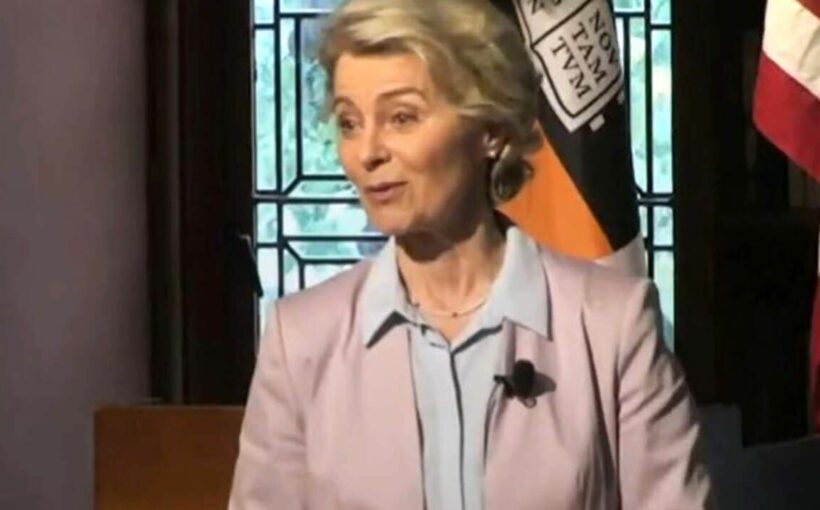 Ursula von der Leyen has said democracy is “never safe” while speaking about the prospect of the far right group Brothers in Italy winning the upcoming national elections. Asked if she held “any concerns” about the elections, Ms von der Leyen said the European Commission is content to work with “whatever democratic government is willing to work with us”, sidestepping suggestions that the far right could carry forwards an unwelcome relationship with Russian President Vladimir Putin. On Sunday, Italy will elect a new leader after Mario Draghi resigned in the summer having lost the confidence of his coalition government.

A reporter said: “I wanted to ask: Are there any concerns regarding the upcoming Italian election, also considering that, you know, a  lot of people running had a relationship with Putin?”

Ms von der Leyen said: “That is basically what I was talking about, that democracy needs each and every one of you.

“Democracy is, I think, a constant work in progress. We are never done. It is never safe. It is never, you know, you put it in a box and you keep it.

“But it is a question of how people stand up for democracy. We’ll see the outcome of the elections. We just had elections in Sweden, too. 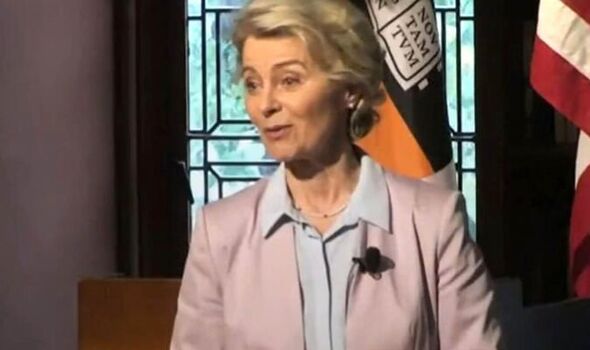 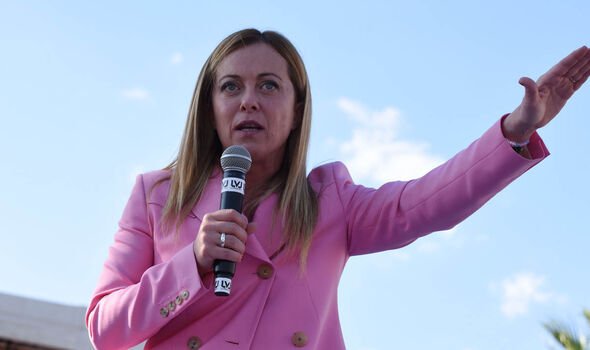 “My approach is that whatever democratic government is willing to work with us, we’re working together and it is interesting when you experience the functioning of the European Council.

“There is a lot of dynamic in the peer group. So, you are not only a country, a member state, that comes and says ‘I want, I want, I want’.

“But you are in the European Council and all of a sudden you realise ‘Oh my god, my future and my wellbeing is also depending on all the other 26 ones’. That is the beauty of democracy.

“We are sometimes slow, I know, and we talk a lot, I know, but that is democracy, too. So, we’ll see. If things go in a difficult direction, I’ve spoken about Hungary and Poland, we have tools.” 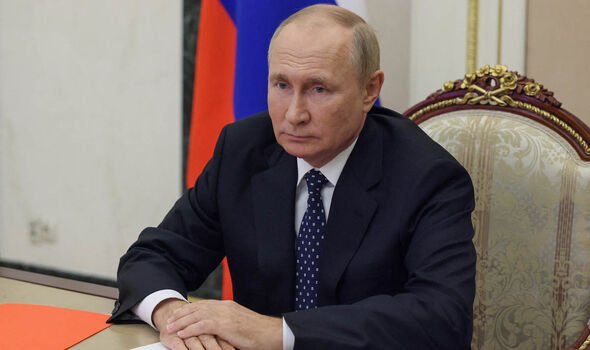 Giorgia Meloni, leader of the far right group Brothers in Italy, looks set to win the elections in Italy on Sunday.

In less than four years, the party has grown from a small group garnering less than five percent of the vote to a future leader of the nation.

In a last minute campaign trip to Bagnoli on the edges of Naples yesterday, Ms Meloni urged voters to support her.

To an excited crowd, she said: “Listen to me, now it is your moment.” 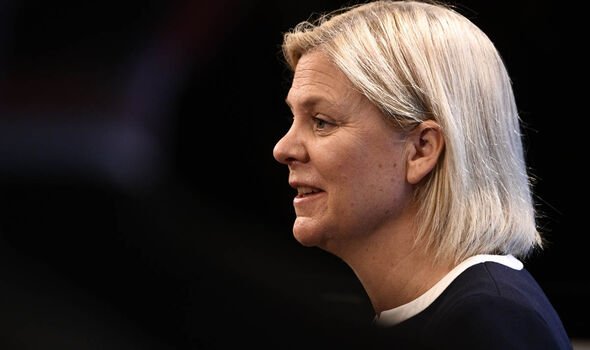 A surge of far right wing politics has swept across the European continent over the past few weeks in a fallout from the cost of living crisis.

In Sweden last week, Magdalena Andersson was ousted as the Prime Minister after losing the general election.

More than one in five Swedes voted for the radical anti-immigration Sweden Democrats (SD) party in elections on Sunday.

It could prove a defining moment for a party founded by Nazi sympathisers, who have been long-shunned for decades by the mainstream as a group with extremist tendencies.