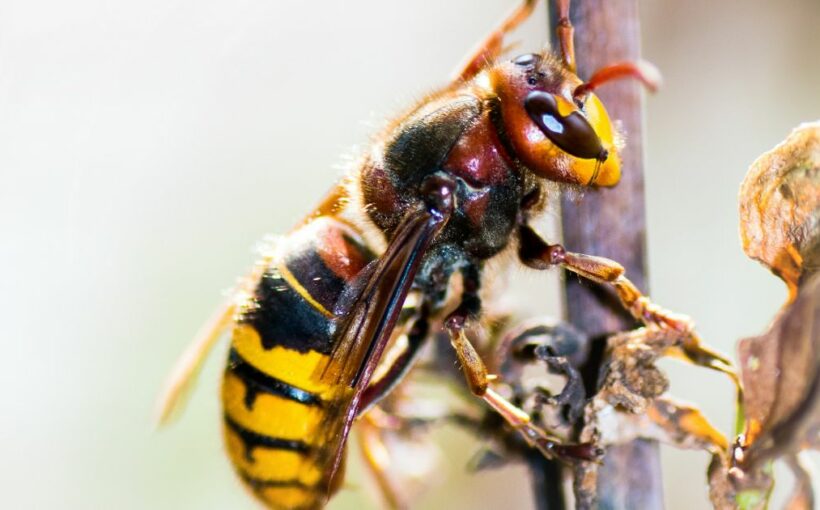 The Department for Environment, Food and Rural Affairs (DEFRA) warned on Wednesday, September 28, that the "invasive species", who were spotted in the Raleigh area of Essex, pose a threat to honeybees.

However, DEFRA have stressed that Asian hornets do not cause any more harm to human health than regular wasps or hornets but they are still scrambling to take "swift and effective" action to stamp out the threat posed to "beneficial insects".

The invasive Asian hornets have not been seen in this country since April.

The foreign hornets first reached Britain in 2016 but have been mostly confined to the Channel Islands.

We spoke to Alex Tinsman from How To Houseplant about Asian hornets and how to spot them. Here's everything you need to know:

Asian hornets are fairly small creatures, but they have striking features that are easy to spot.

Mr Tinsman said: "The Asian hornet, or Vespa velutina, is between 2 and 2.5cm in length.

"Being smaller than the typical European hornet, they've got a quite striking black appearance with large dark red eyes, and an important distinguishing feature is the band of orange around the body close to the tail.

"Their legs are yellow, another quite distinguishing feature."

Where are Asian hornets likely to be found?

Asian hornets prefer to nest in tall trees so they can go undisturbed.

Mr Tinsman said: "They tend to nest high up in trees such as Eucalyptus where they can be relatively undisturbed, which can also make nest location and removal very problematic!

"They've very opportunistic foragers, and are often found around fruit trees during summertime. They tend to nest near water sources, so alongside riverbanks you might expect to find nests if they're located in the area."

What should you do if you see an Asian hornet?

If you see an Asian hornet, you will need to report the sighting immediately.

Mr Tinsman added: "If you see an Asian hornet and you're located in the UK you should report the sighting to the NNSS so they can investigate.

"In terms of general safety you should keep your distance and try not to disturb them, especially if you suffer from any kind of allergy to wasp or bee stings."

What should you do if you are stung by an Asian hornet?

If you happen to get stung by an Asian hornet, you should treat the wound as soon as possible and seek urgent medical attention if you are stung multiple times.

Mr Tinsman said: "Ensure you clean the site of the sting with soap and water before applying ice to the location of the sting, as this will reduce the spread of the venom. If you suffer an allergic reaction seek emergency medical attention. Creams or antihistamines can help to reduce itching."

After you have treated the sting, make sure to report the Asian hornet sighting to the NNS.