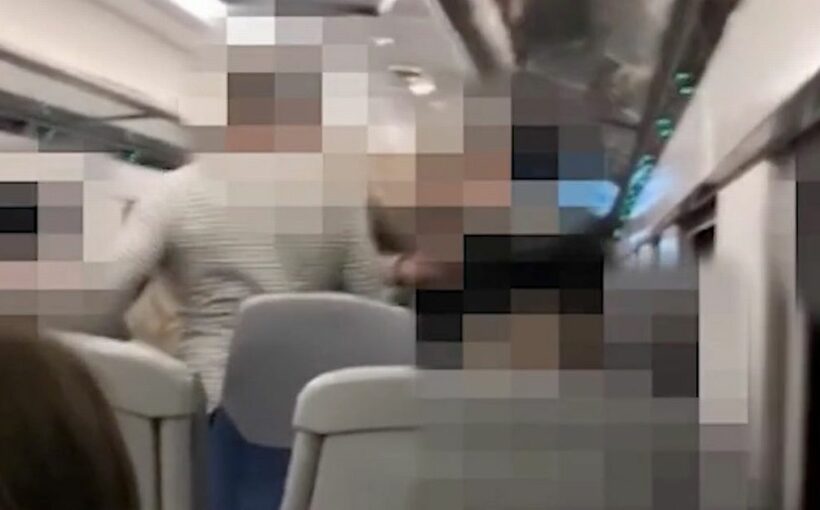 A mad video shows passengers fighting on a train after a row erupted about the wearing of face coverings.

Four clips were filmed by witness Sophie Tasker and footage shows tensions building and then boiling over into a proper brawl.

The videos, watched more than 400,000 times, shows a man shouting "wear a mask" at a group of people who retort "you're an embarrassment".

Omicron has led to a return to rules of wearing face coverings over your mouth and nose while on public transport and most indoor venues such as museums, galleries, and shops.

Frantic people try to simmer the ruckus down for the sake of frightened children but the other passengers grapple with each other over the train seats.

A woman watching the carnage calls out: "There are kids on here. Little kids crying."

The fight broke out after the train left York station at around 8 pm on Saturday (December 11).

Ms Tasker said: "Basically the bloke to the left with the bald head started questioning where people's masks were the moment the train departed from York.

"He was told he was upsetting kids by shouting, to which he hurled abuse back."

She said that the family who were the focus of his rage then left to another carriage.

The dispute about masks continued though and while other people who were on the carriage said they were exempt "he still carried on swearing and telling them to prove it".

Ms Tasker claimed the man who was at the centre of the dispute was escorted from the train by police in Malton.

A spokesperson for British Transport Police said it "received reports of a fight on-board a service between York and Malton stations at 8.13pm on Saturday 11 December".

They added: "Officers are aware of footage posted on social media of this incident and enquiries are ongoing.