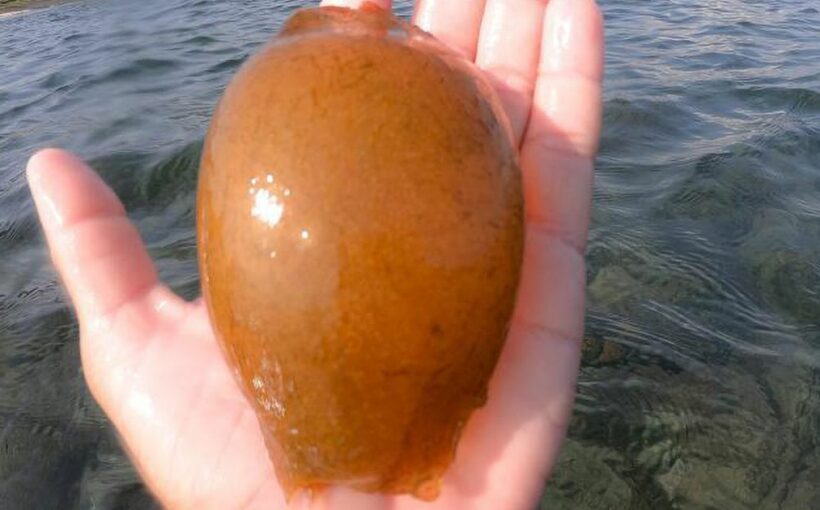 A fisherman was shocked to discover an extremely rare shark egg floating in the Atlantic Ocean.

Erivaldo Alves Silva, 43, captured the moment in the waters off the Fernando de Noronha archipelago, around 220 miles from the Brazilian coast.

He was diving to catch octopus in the waters when he came across the unusual specimen, which he did not recognise at first.

Erivaldo, who is also a surfer, said: "At first I thought it was weird, but I didn't think it was that weird.

"Only after I posted in my Stories did people say it was a rare find. Then, after I realised what people told me, I was really happy."

Erivaldo said that after finding the egg on Tuesday, September 14, he left it in the sea.

He added: "I have never seen such a thing in my life. A shark egg, according to biologists, is a very rare find."

Despite being a rare discovery, it was actually the second such shark egg found in the waters off Fernando de Noronha in less than a month in a sign that the local shark population could be growing.

The previous sighting was registered by photographer Renato Magalhaes on August 26.

According to fisheries engineer Leo Veras, the egg belongs to a nurse shark which is a vulnerable species.

Nurse sharks can reach up to 3.08m in length and are about 30cm in length when born.

According to Veras, the species reproduces every two years, with more births taking place in odd-numbered years, like 2021.