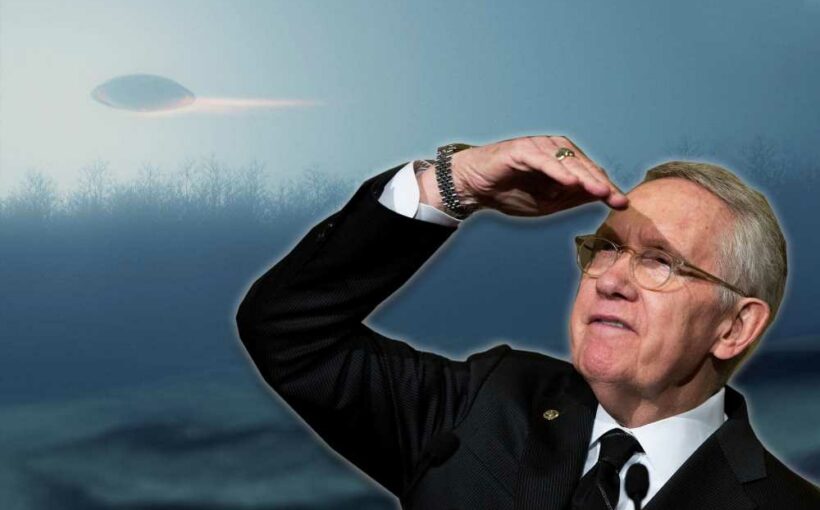 Former Nevada Sen. Harry Reid believes US defense contractor Lockheed Martin may have once had fragments of a crashed UFO in its possession, it was revealed Friday.

Reid, 81, told The New Yorker that he had never actually seen proof of the remnants — but tried, unsuccessfully, to get approval from the Pentagon to find them.

“I was told for decades that Lockheed had some of these retrieved materials,” the Democrat told the magazine.

“And I tried to get, as I recall, a classified approval by the Pentagon to have me go look at the stuff. They would not approve that,” Reid continued. “I don’t know what all the numbers were, what kind of classification it was, but they would not give that to me.”

His comments were part of an in-depth New Yorker story on US government investigations into unidentified aerial phenomena (UAP).

Earlier Friday, The Post revealed revealed that an ex-Pentagon official who says he ran the program probing UAPs believes the feds have been covering up their existence.

The controversial whistleblower, Luis “Lue” Elizondo, said he hasn’t been able to get the Defense Department to act on what he described as a serious national security risk.

Elizondo, the former head of the Advanced Aerospace Threat Identification Program, spoke out ahead of a bombshell government report on UFOs that is set to be released before the end of June.

He said the highly anticipated report will address what UFO believers have been clamoring to discover about Tic Tac-shaped objects the Navy saw in 2004, the strange “cubes within spheres” seen by naval aviators in 2014 and mysterious black triangles reported around the world.

Reid — who once took credit for arranging $22 million in annual funding for the AATIP — has consistently defended Elizondo, even as the whistleblower took heat for encouraging exploration of UFOs.

“Mr. Elizondo has spent his career working tirelessly in the shadows on sensitive national-security matters, including investigating UAPs as the head of AATIP,” the former Senate Majority Leader said in a recent statement. “He performed these duties admirably.”