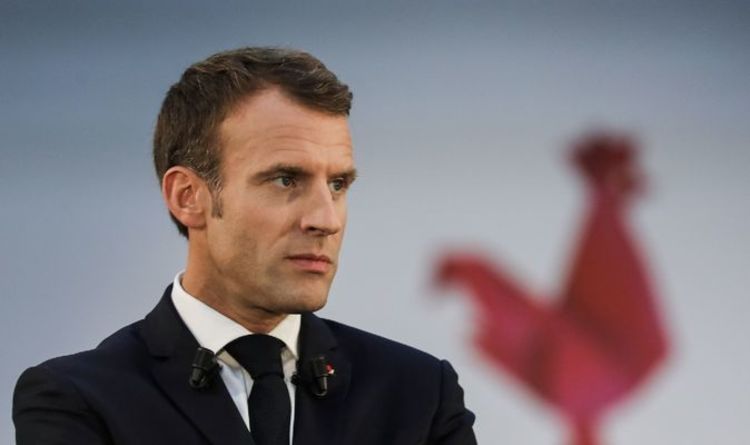 France has been described as “furious” over Australia’s decision to cancel an order for submarines worth “billions of euros.” Australia scrapped the order of French submarine technology in favour of a new alliance with the US and UK which will see the Australian Navy kitted out with new nuclear-powered subs. Correspondent Teri Schultz told DW News that President Emmanuel Macron was not the only European leader that was angry at being left in the dark about the AUUKUS deal.

“It lost tens of billions of Euros in this submarine deal which Australia has now canned.

“Frances does not like to not be consulted, I mean no European country wants to be left out.

“But France certainly considers itself a player.”

JUST IN: Japan prepares for showdown with China over Senkaku islands row

“It doesn’t like it when it doesn’t get any word whatsoever that this is happening.

“But France isn’t the only one, you know Joseph Borrel, the EU foreign policy chief just said a short time ago today that he hadn’t been consulted.

“That he didn’t know anything about the deal and that it must have been in the works for some time.

“So he clearly didn’t please either.

Migrant crossings: 'Other areas of France will suffer' says Parry

“But certainly not as outraged as France.

“Whose foreign minister went as far as to say this reminded him of the Trump years.”

Lord Ricketts told LBC: “Let’s remember this comes from an Australian request, the Australians had a contract with France for a different type of submarine.

“They decided that they needed nuclear-powered submarines and they came to the British and the Americans who were the only other allied nations that makes these things.

“So it is essentially Australia stepping up to a new level of military capability.

“We already have very close relations with Australia…partnership in intelligence after that famous five eyes network, and we also no an awful lot of equipment work together including the latest generation of F35 fighter.

“So the three nations already have a lot going on together in the defence and security area, this takes it to a completely different level.”