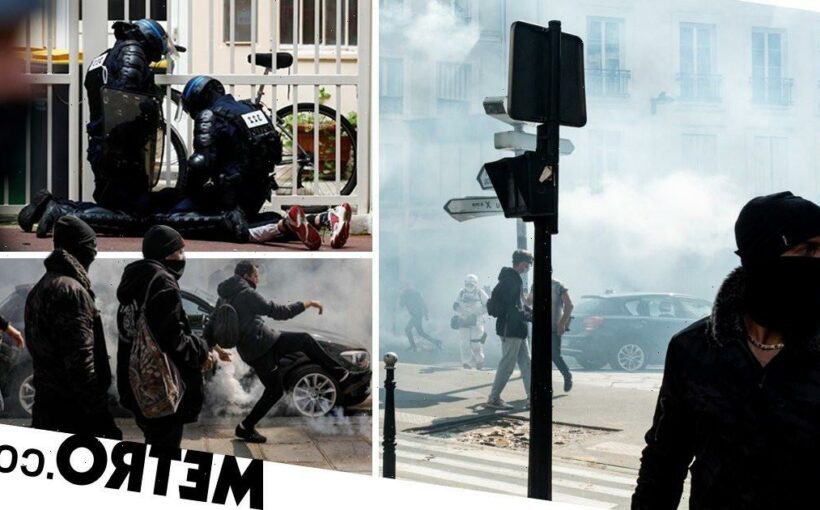 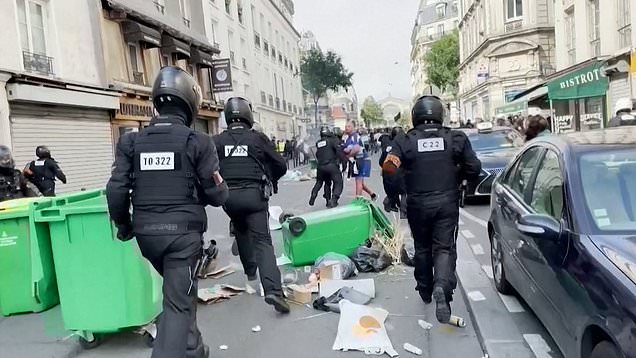 Protesters and police in Paris clashed as demonstrations raged against plans to introduce stricter coronavirus measures.

President Emmanuel Macron had announced sweeping rules to fight a surge in cases caused by the Delta variant.

They included the mandatory vaccination of health workers and a health pass for the public — which means a jab certificate or negative virus test will be required to enter cafes, bars, restaurants, malls and cinemas.

Officers fired tear gas on several occasions in the clashes, as some people overturned bins and set a mechanical digger alight. Others wore badges saying: ‘No to the health pass.’ 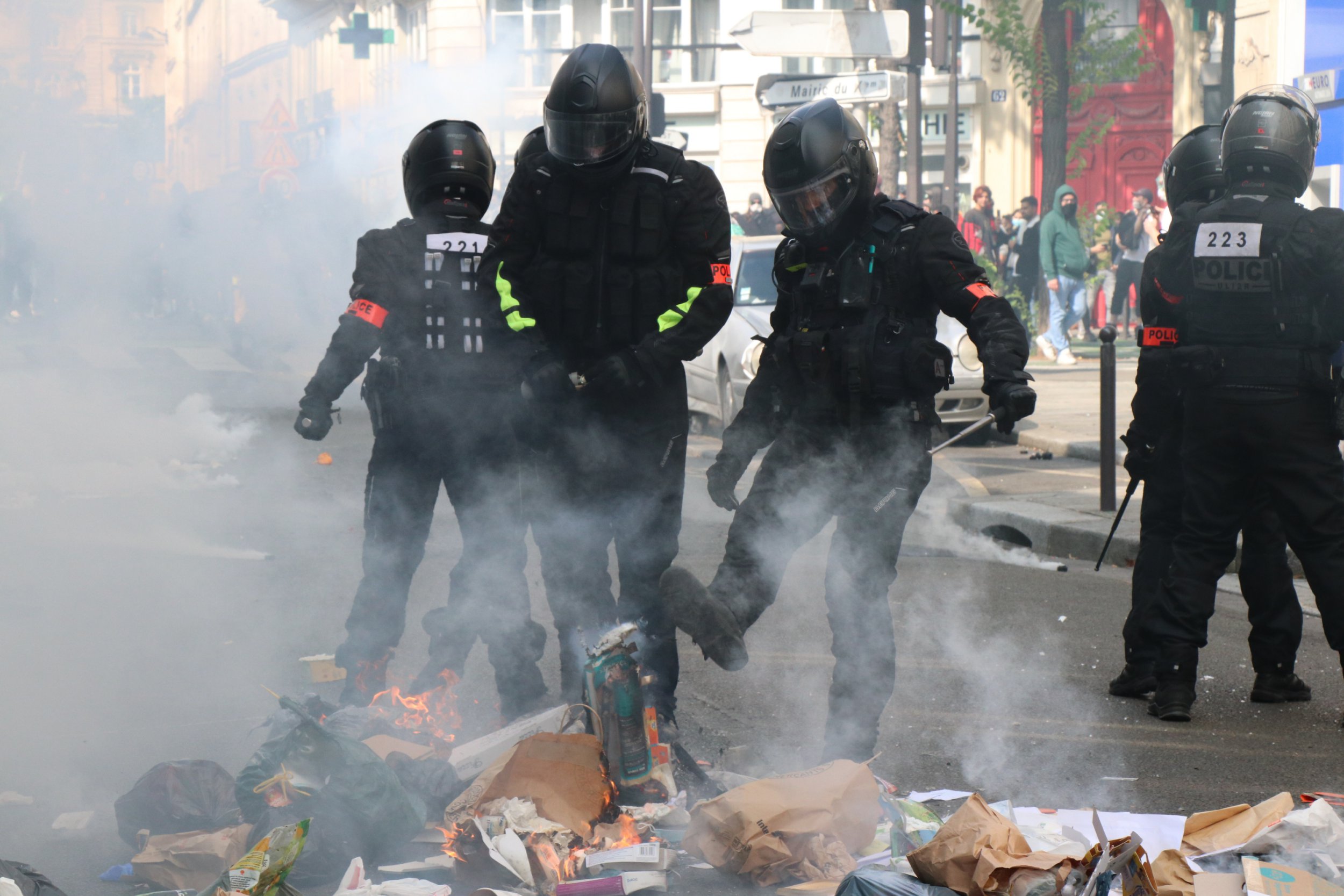 Mr Macron has said the jab is the best way to put France back on the path to normality.

But critics of his plan, set to come into effect next month, have accused him of trampling on freedoms and discriminating against the unvaccinated.

‘It’s totally arbitrary and wholly undemocratic,’ said one demonstrator, who identified himself as Jean-Louis.

The show of discontent began on Bastille Day — the anniversary of the 1789 storming of a medieval fortress in Paris which marked the turning point in the French Revolution.

Among other proposals in the government’s draft bill is mandatory ten-day isolation for anyone who tests positive, with police making random checks, French media reported. The government did not confirm this.

How to get your Metro newspaper fix

Metro newspaper is still available for you to pick up every weekday morning or you can download our app for all your favourite news, features, puzzles… and the exclusive evening edition!