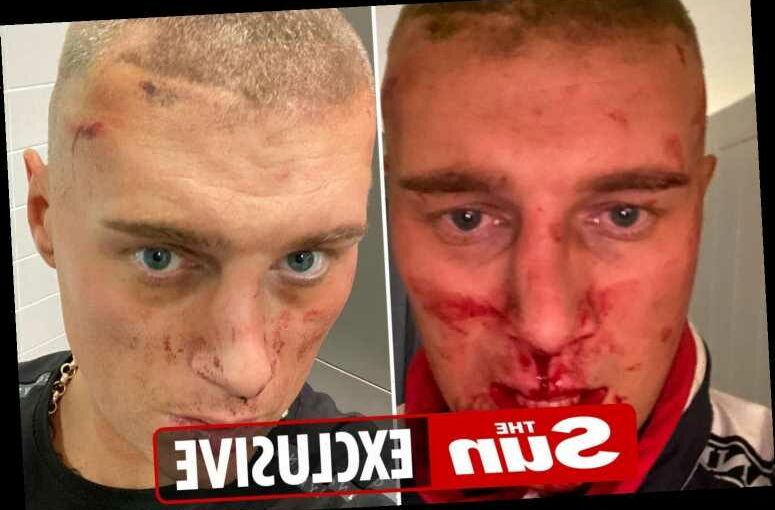 A REALITY TV star who used taxpayers' money for a nose job is to get a SECOND surgery on the NHS after his face was battered in a brawl.

Grant Coulson, who has made appearances on Geordie Shore, had his front veneer bashed out and was left with a broken nose after the out-of-control Easter party. 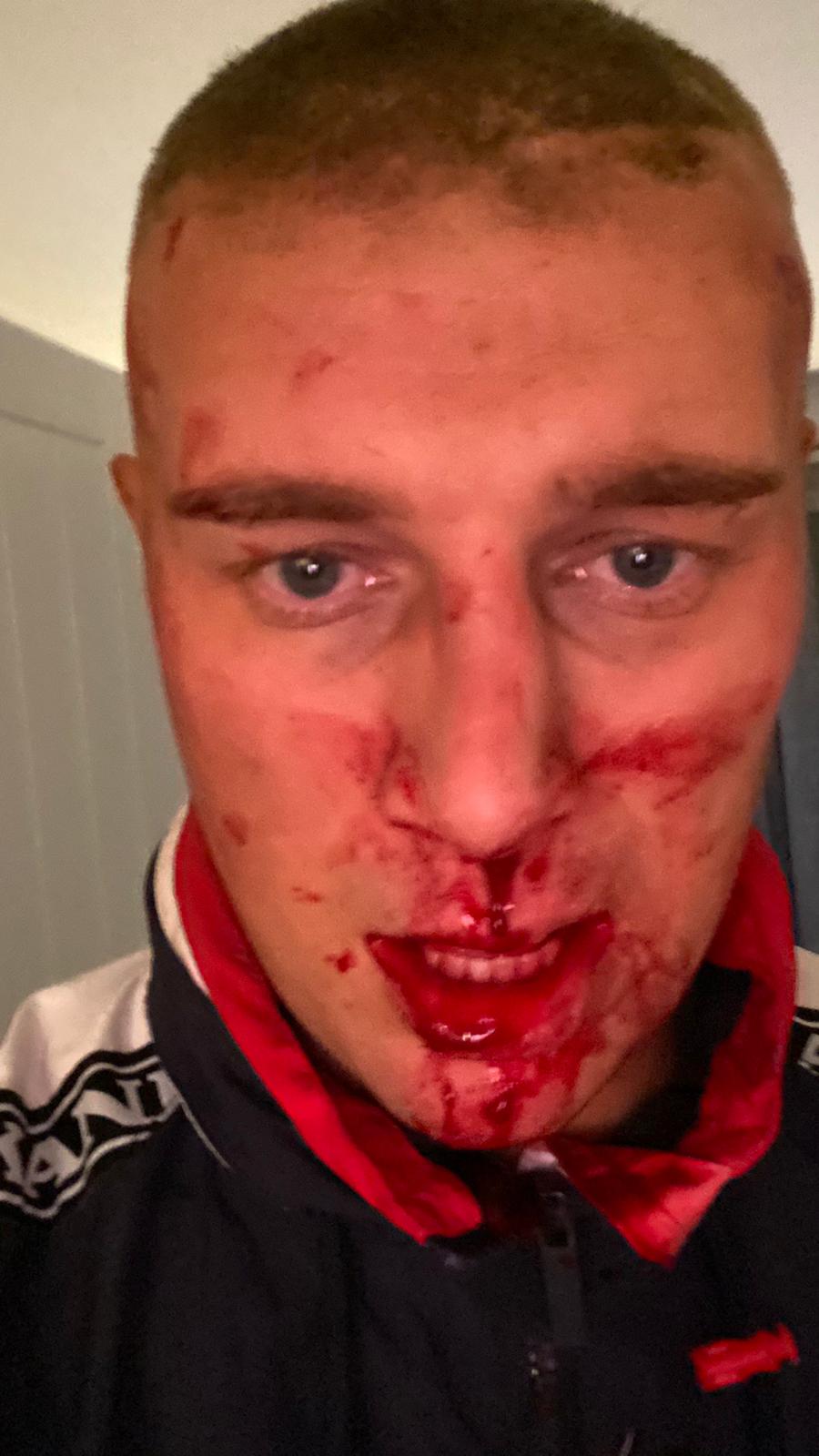 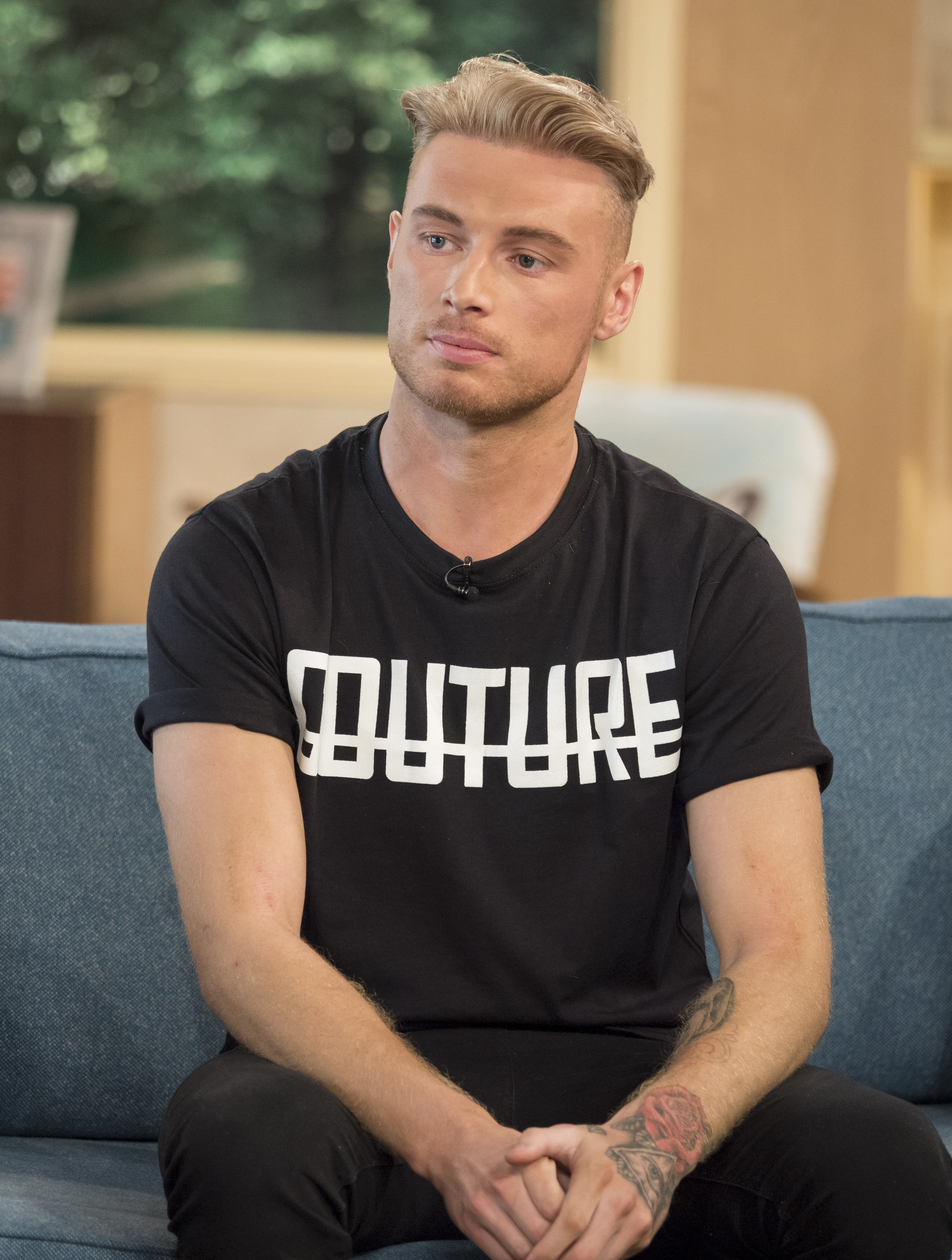 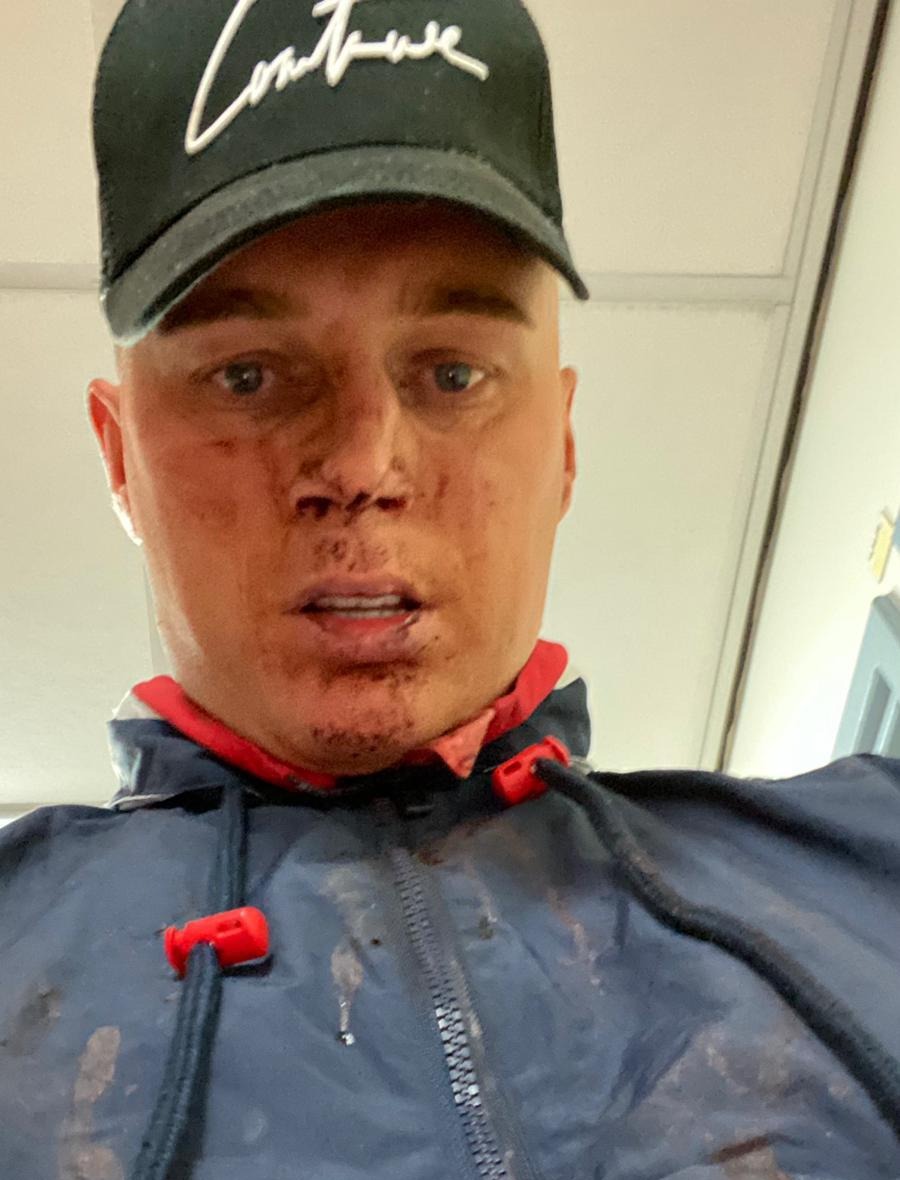 His surgically-enhanced nose was knocked out of shape while one of his shining £15,000 veneers was punched out of his mouth.

And the 29-year-old is now set to have a second round of NHS procedures – as he says his self-confidence has been ruined.

He also says he needs to fly to Turkey to fix his gappy smile – and he won't be able to be in new episodes of reality show Geordie Shore because of the punch-up.

Speaking about the ordeal, he told the Sun Online: "It happened on Good Friday. It was a nice hot day, and I was with my mates in the garden.

"I already had a Covid fine early on in the year. So obviously, you can only have six people in the garden, so we were trying to keep this one to the minimum.

"But then loads of people started to turn up and it just got out of control, there were 30 to 40 people in the garden, and it spilled out into the street and into the house.

Grant said that people starting brawling and there was "blood everywhere" after he was knocked unconscious.

But as soon as the revellers saw the cops' blue lights, they scrambled away from the house.

He added: "I don't even know who hit me, because I was knocked unconscious.

"I started to walk back home, but the police were already here.

"It was the police that actually took me to the hospital, we couldn’t even wait for an ambulance.

"I was in hospital for about six hours. I was sat in A&E all night with blood all over my face, and all over my top. 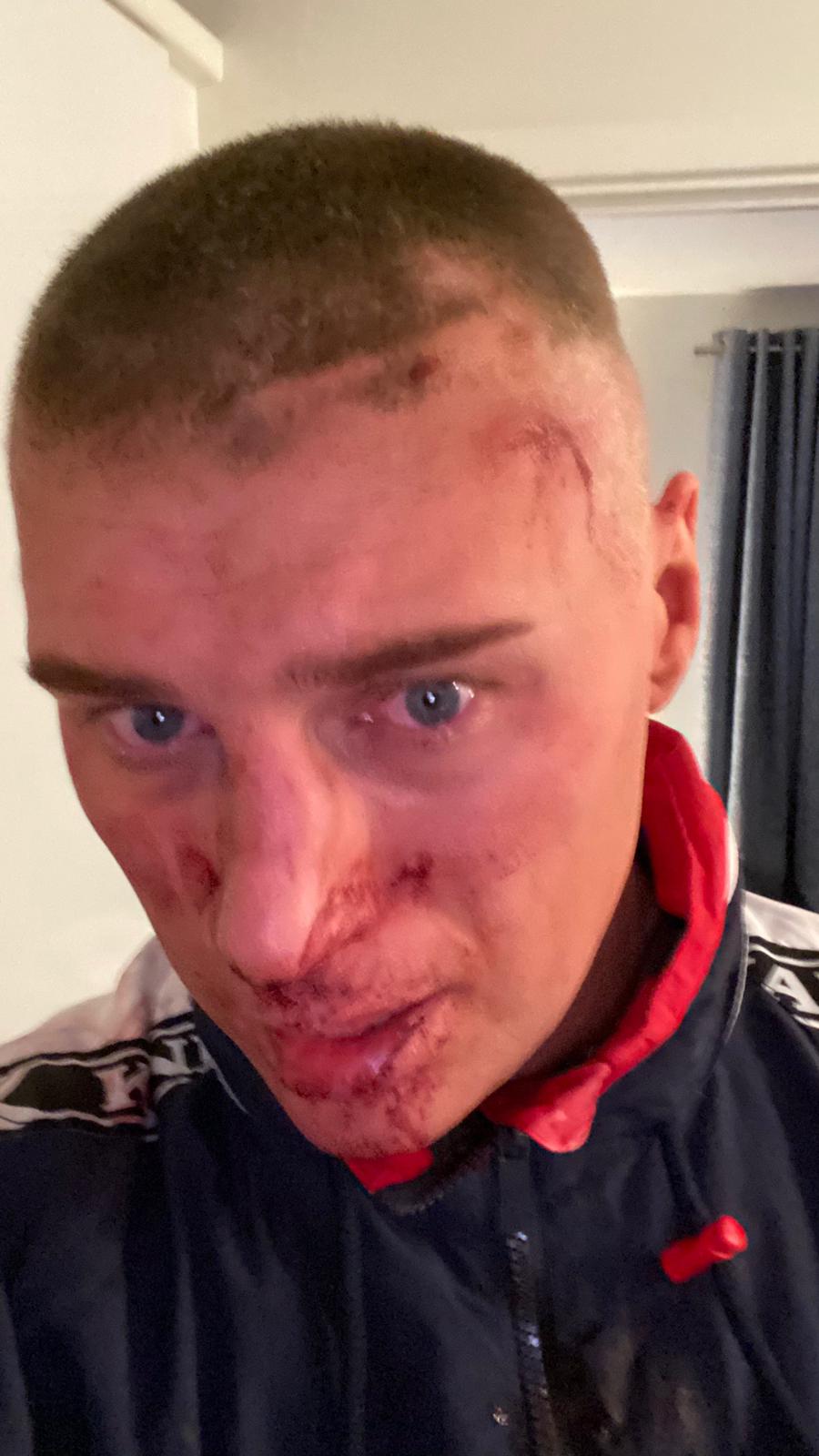 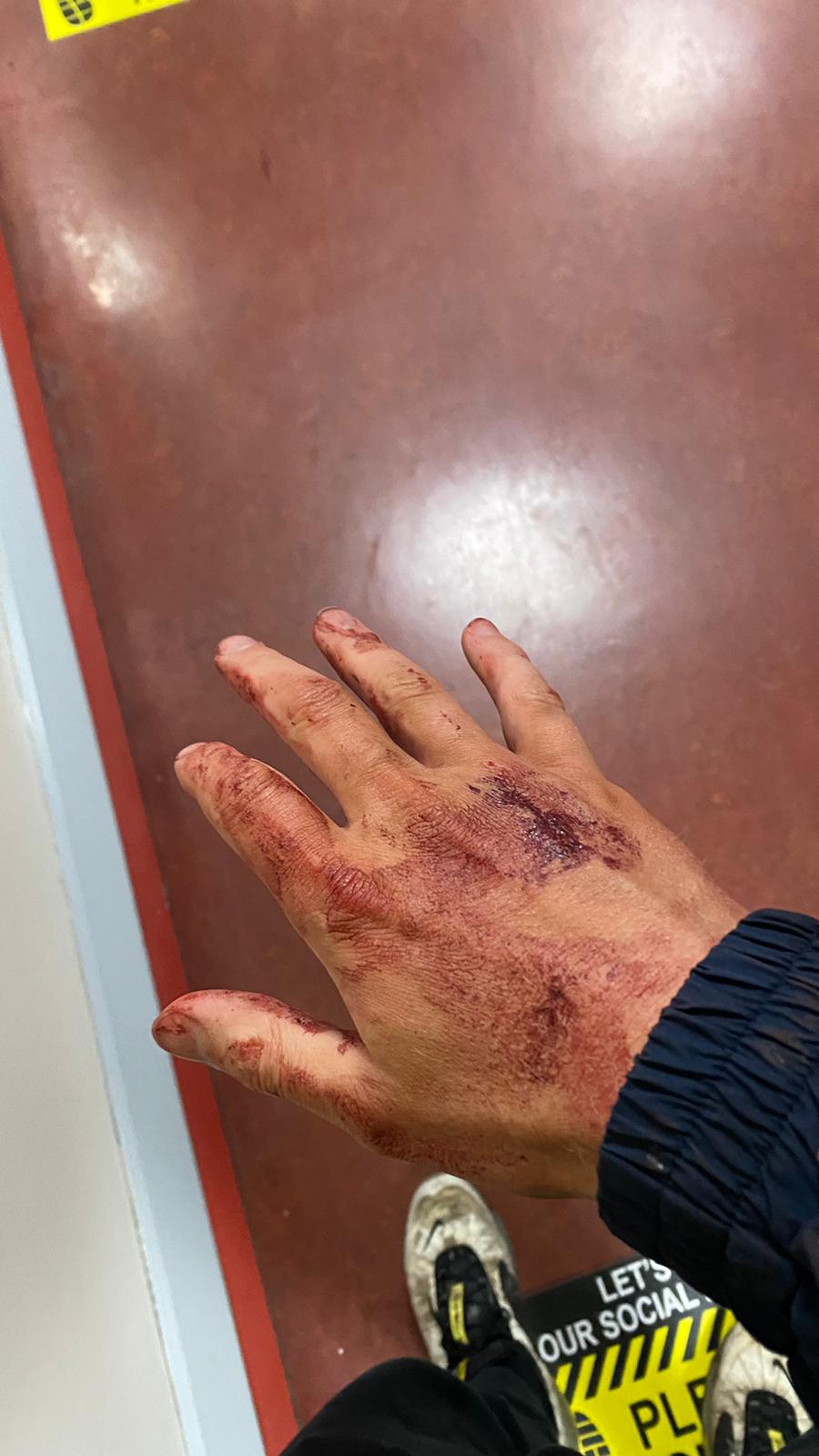 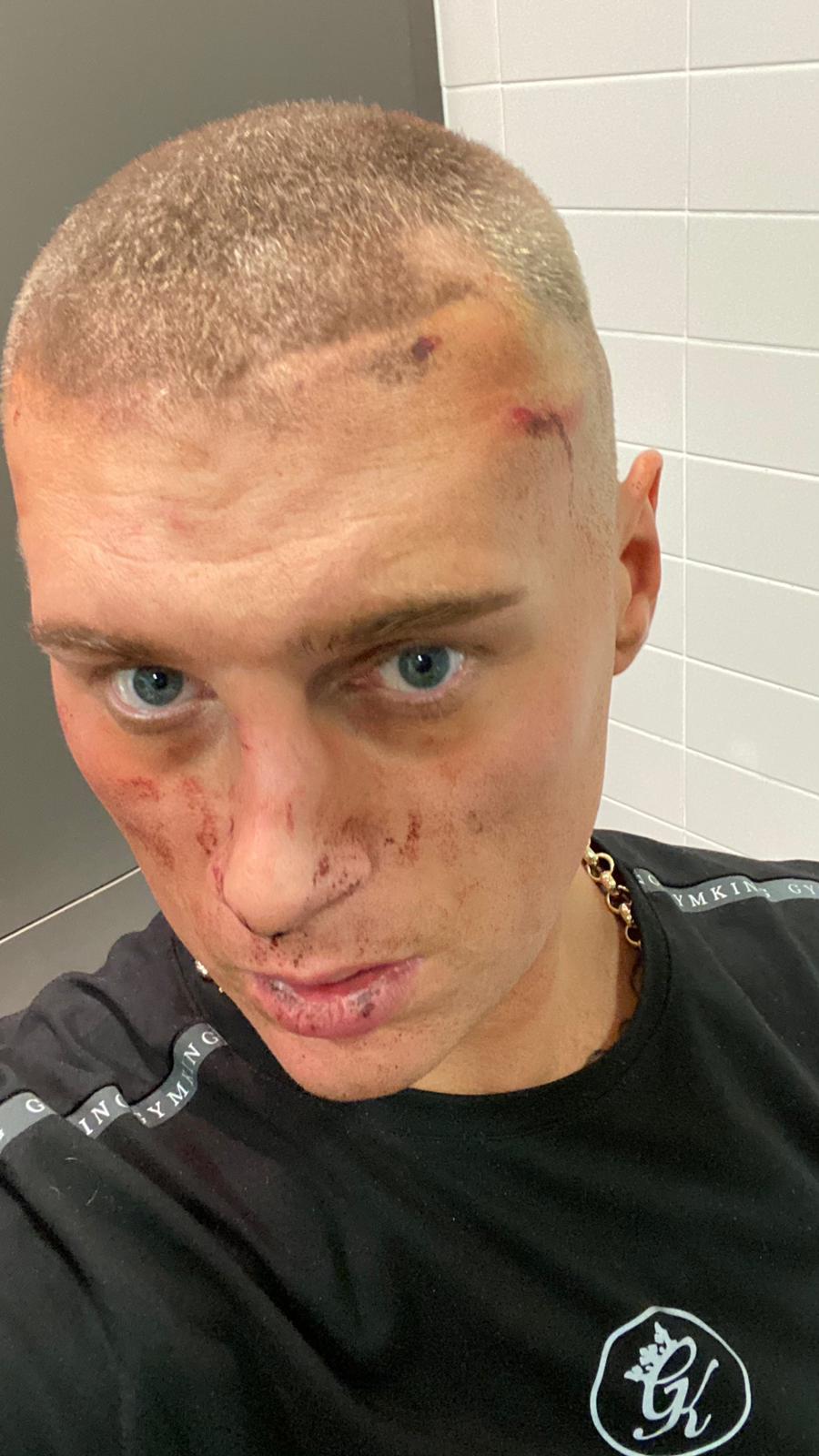 "They did loads of tests. They gave me a face X-ray, and did one on my cheeks. They didn't do one on my nose, because they knew straight away that it was broken.

"It was a nightmare."

And now the 29-year-old says he'll have to fly to Turkey to get his dazzling veneers replaced after the punch-up.

He is now missing a tooth at the front of his set – meaning that the gap is "really noticeable."

Grant said that the brawl will set him back at least £2,500 – as he's set to splash £700 for his new veneer, as well as paying for the flights and accommodation.

He already got a nose job on the NHS in 2017 – but now he's going to have to go under the knife a second time on taxpayers money.

And despite getting the call-up to film new episodes of reality show Geordie Shore, Grant says he won't be able to after the damage done to his face.

Grant added: "I’ve had it fixed once and now my nose has been knocked out of shape again.

"I do modelling, but because of the pandemic, I’ve been making money on Instagram.

"I have just been messaged by my producers at Geordie Shore, saying they want to be filming in the next month.

"But I don't think I'm going to be doing it now, after this.

"I've lost my confidence, it's just completely ruined my face."

Grant, who once said he wanted to be a real life doll – got a nose job on the NHS – because he thought it was a “bit big”.

He already had fillers for acne scars paid for by taxpayers but wanted further work on his face.

And in 2017, he went on This Morning and sensationally said he was too famous to have a job and that he wouldn't work in a "f***ing fish shop." 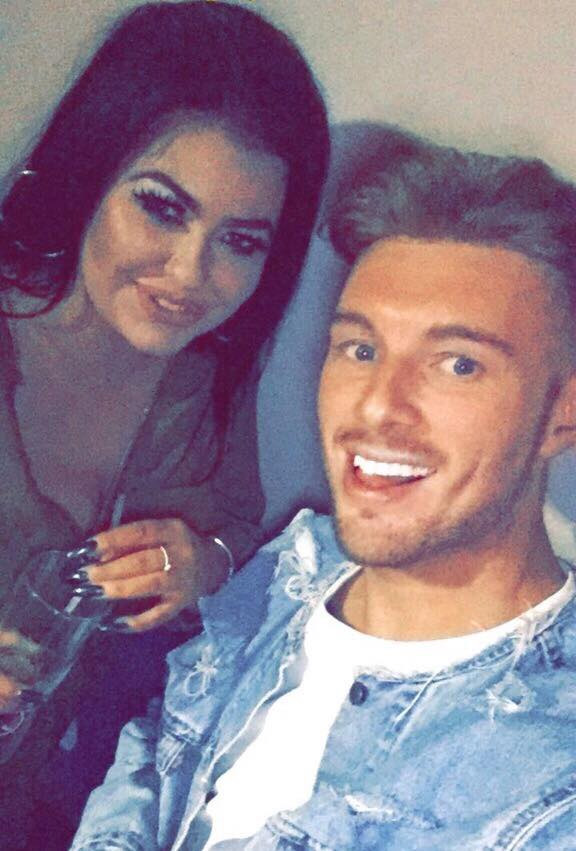 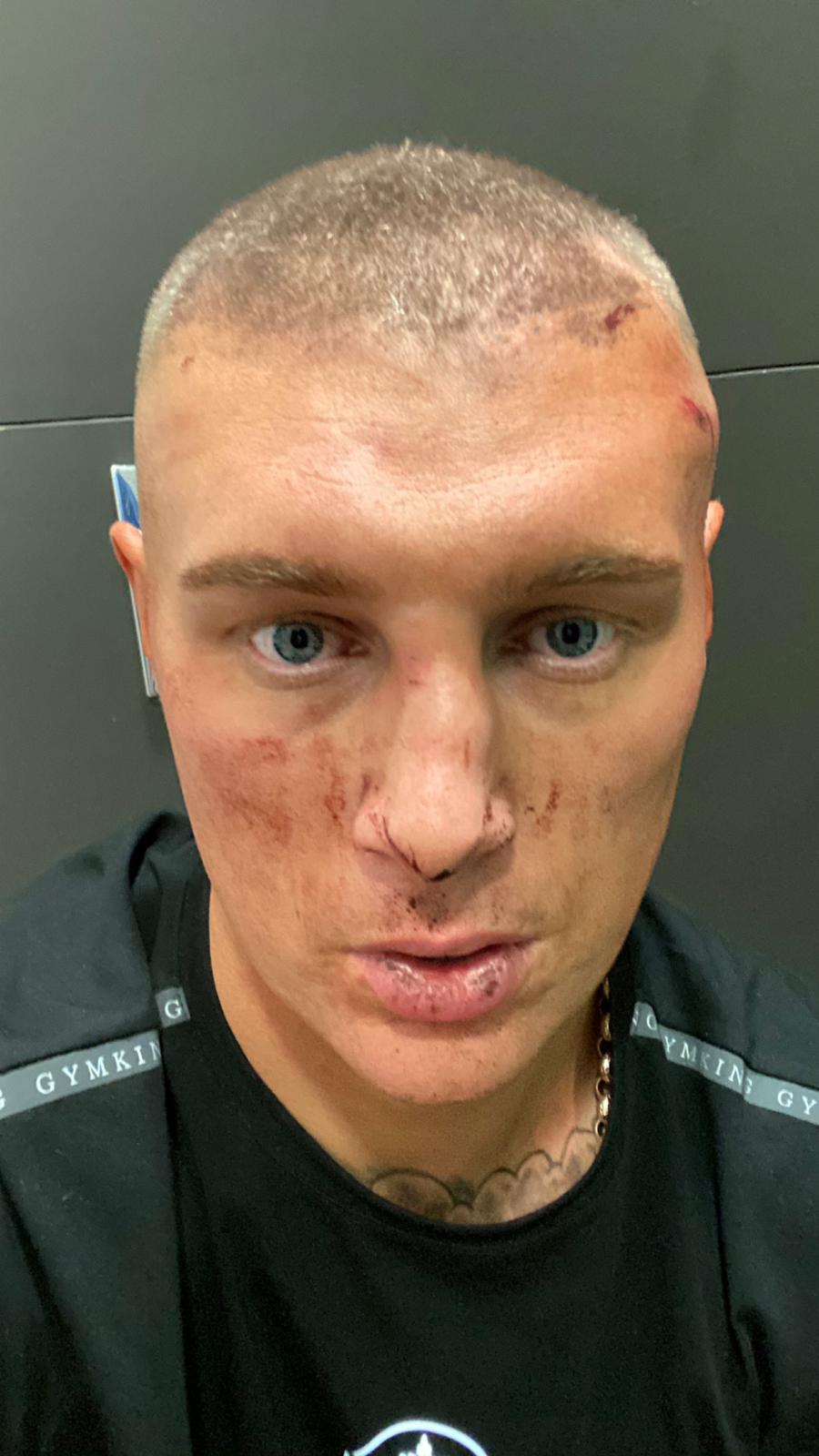