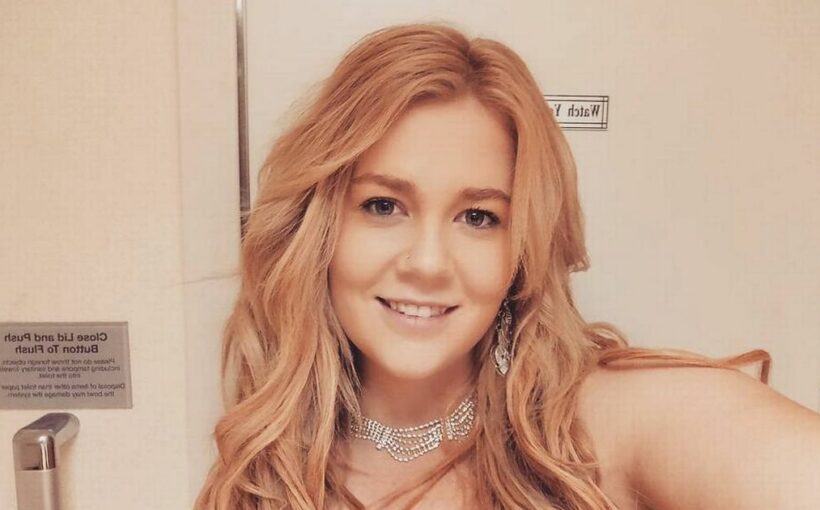 A glamorous drug smuggler dubbed 'Cocaine Cassie' has revealed a new tattoo sleeve – adding to her already dramatic transformation after she launched an OnlyFans account.

Cassandra Sainsbury, 26, was jailed after being caught stashing 5.8kg of cocaine hidden inside of a pair of headphones in April 2017.

Since her release earlier this year she has wowed social media followers and even OnlyFans subscribers with her appearance, which she continues to steer away from the time of her arrest.

Sainsbury took to Instagram to show off her fully inked right arm with the sleeves of her open black blazer rolled up, while wearing only a lace bra underneath.

The drug-runner was handed a six-year sentence at one of Colombia’s most notorious prisons, El Buen Pastor, but was released early due to the pandemic.

Overcrowding issues meant that some prisoners were given early parole and Cassie was set free in April last year.

Australian Sainsbury claimed her attempt to smuggle was done under duress, saying her family were being threatened.

The tattoo which started as a flock of birds flying over text, comes after apparent weight loss in the months following her jail release, News.com.au reports.

Sainsbury captioned the image on Thursday morning: “What a look.”

Adoring followers expressed their approval of the sleeve and revealing outfit.

One wrote: "Damn this girl is gorgeous".

In an earlier Instagram Stories post she shows a closer look at her arm being illustrated with flowers, shapes, patterns and a pocket watch.

She wrote beside the snap: “Nearly done”.

This is not the first major ink the drug smuggler who is still living in Colombia, has had done as previous Instagram posts reveal a floral design running up the side of her torso.

Earlier this year former personal trainer, Sainsbury, suggested a return to her native Australia was being planned and told followers what she was most excited about when home, News.com.au reported

She replied to a question: “I’m looking forward to the weather, the beaches … I guess the food as well. Everything.”

In a TikTok video at the same time, Sainsbury joked that she would rather go back to prison than date men again.

She started seeing women in prison and later became engaged to a Venezuelan woman Joli Pico but the relationship ended following her release from jail.

Having first denied suggestions that she set up an OnlyFans accout, the smuggler now openly promotes it on Instagram.