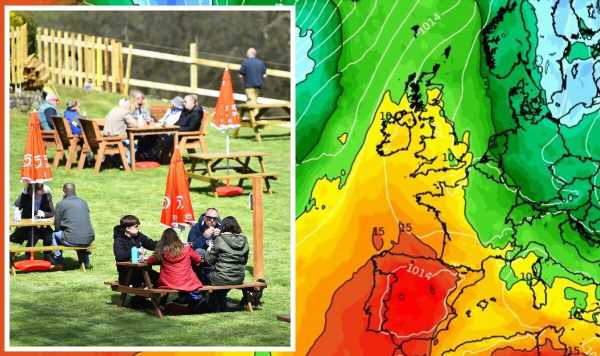 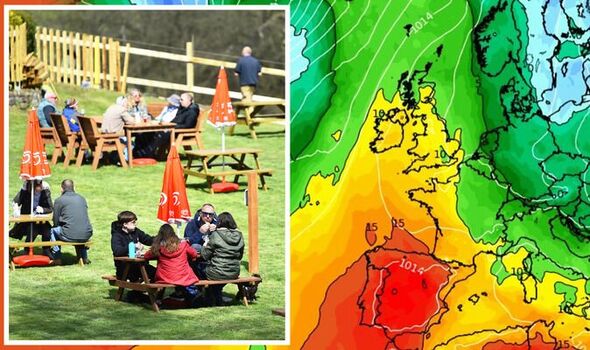 After the coldest week of the season so far, temperatures will head skyward next week, hitting 20C in parts. The cheery forecast comes as the UK wraps up for an Arctic snap which has prompted warnings of hard frosts and even snow over the Scottish mountains.

A deep low-pressure storm system will crash into Britain on Friday whipping up strong winds and rain.

But after settling down later this weekend, the weather will take another U-turn, dishing up a late reminder of summer.

James Madden, forecaster for Exacta Weather, said: “Low pressure will take charge through the end of September and for many this will bring a bout of autumnal wind and rain.

“However, there are strong signals for a change in the weather during the start of October, and this will be to something much warmer.

“Temperatures are looking like rising, and there are strong signals for a decent spell of Indian summer weather.”

However, Britons should make the most of the mild conditions before a return to the cold, he warned.

As temperatures dip, long-range signals are for the autumn storm season to crank up a notch, he added. 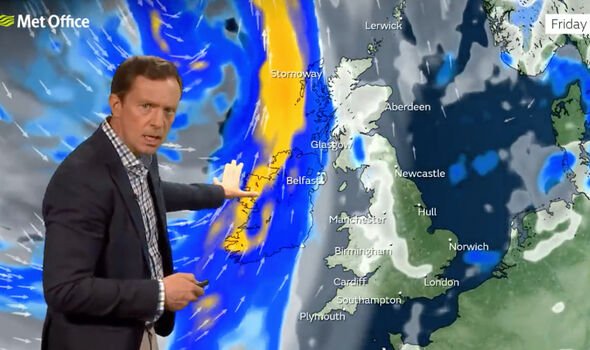 He said: “As the month progresses, we are likely to see a significant rise in the risk of stormy weather during the second half of October and into November, and this could be widespread.

“In addition, evenings and mornings will start turning notably cooler in October despite the mid-autumn warmth and settled weather.

“The risk for widespread ground frosts will increase again as we go through the month.”

In the meantime, Britain is on ice with temperatures set to plunge from today as an Arctic plume descends.

Temperatures will fall widely into single figures, nudging freezing or below in exposed regions.

A low-pressure system to the east of the UK will pull in cold air before giving way to another low on Friday. 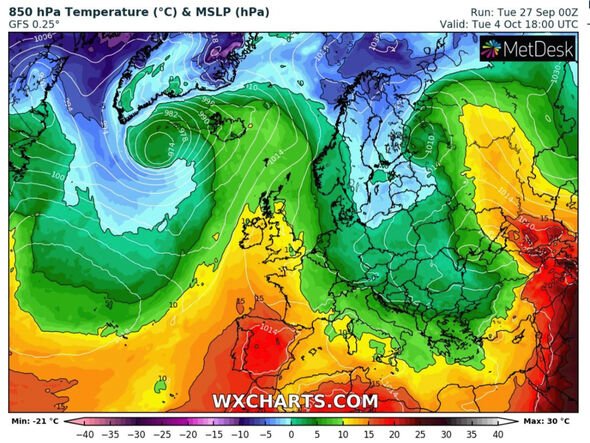 Jim Dale, meteorologist at British Weather Services, and author of Weather Or Not? said: “The middle of the week is likely to be the coldest, and we could see some overnight frosts and snow over the Highlands of Scotland.

“Next week, however, there are now signs of a change to much warmer conditions, with temperatures back up to 20C.”

High pressure will re-build over the UK bringing a warm spell which could hold out through the first week of October, he explained.

He said: “We could see four or five days of high pressure and it will feel quite warm again, even a bit spring-like.

“As we are now in October and have had a spell of colder weather, it would be appropriate to describe this as an Indian Summer.

“Next Monday is looking like being the warmest day, but temperatures will remain higher through the rest of next week.”

The Met Office has, however, warned that the UK must first batten down the hatches for a stormy run up to the weekend.

While it has not issued any warnings for Friday, it has warned a deep low-pressure system is about to give the nation a rattle.

Met Office meteorologist Alex Deakin said: “The weather will have a distinctly autumnal feel with later in the week some wet and windy conditions.

“We will see a dramatic shift as we head through Thursday night into Friday.

“A band of rain will swing across the country, but timings of this rain band are open to some doubt, so if you have plans for Friday keep up with the forecast.

Bookmaker Ladbrokes has slashed the odds on this October going down as the wettest on record, from 3-1 to evens.

Spokeswoman Nicola McGeady said: “With the weather set to take a turn for the worst in the coming days, we’ve been left with no choice but to slash the odds on next month going down as the wettest October on record.”