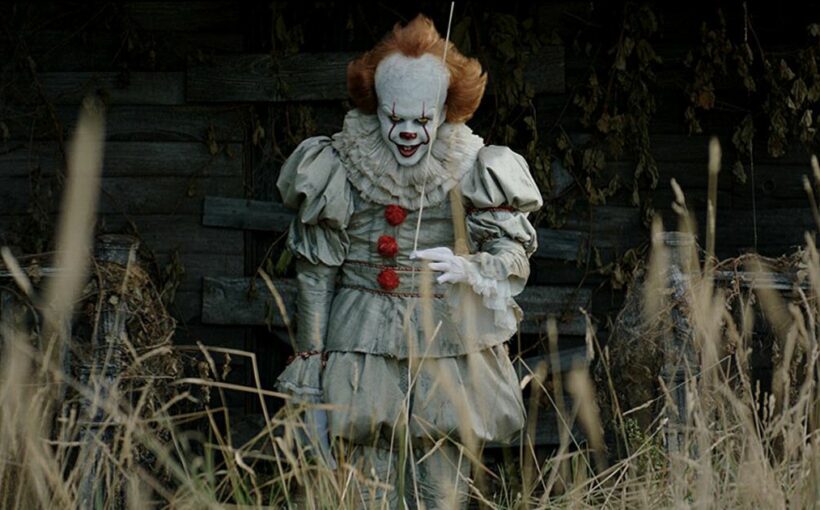 A terrifying blood-soaked figure dressed as Pennywise the clown has been spotted on Google Maps wielding a knife and lurking creepily in a door frame.

In the screenshot, the horror figure stands peering out of a door spattered in "blood" at the entrance of a flat in Montreal, Canada.

The shot was perfectly timed by the prankster, as he is now leaving online explorers across the globe horrified at the sight of him brandishing a bloody knife just as the infamous Google camera van drove by.

Whether they knew about the van making its rounds and planned the event – or if they were simply at a Halloween party and thought they might as well make some mischief – is anyone's guess. Pennywise was the blood-chilling killer clown from the 1986 horror novel, IT, by Stephen King.

Roughly every 27 years, the evil entity who preys on children in Maine, USA resurfaces, going unnoticed by adults.

In another creepy Google Maps discovery, users of the website were left terrified by a scarecrow that they claimed looked like a dead body.

Reddit user @Cinnamonbunns2 claimed to have been looking for parking near a nightlife venue called Crystal Ballroom in Portland, Oregon, when they came across a shadowy figure. The person-shaped creation was stood with its arms out, with a white carrier bag over his head – leading some to believe the sighting was a corpse rather than a scarecrow.

One user called him a "handless man" with a bag on his head.

Another referenced recent murders in the area, adding: "A guy was shot and killed at midnight two weeks ago in front of the old Starbucks at 20th and Morrison. Totally not a bad area to walk around at all lol." A third commented on the picture: "It's a scarecrow. You can see the ends of the arms and legs are tied off to hold in the stuffing."

A fourth replied: "Well, it did its job… it scared me."