Home » Hate crimes are hard to prosecute, but why? 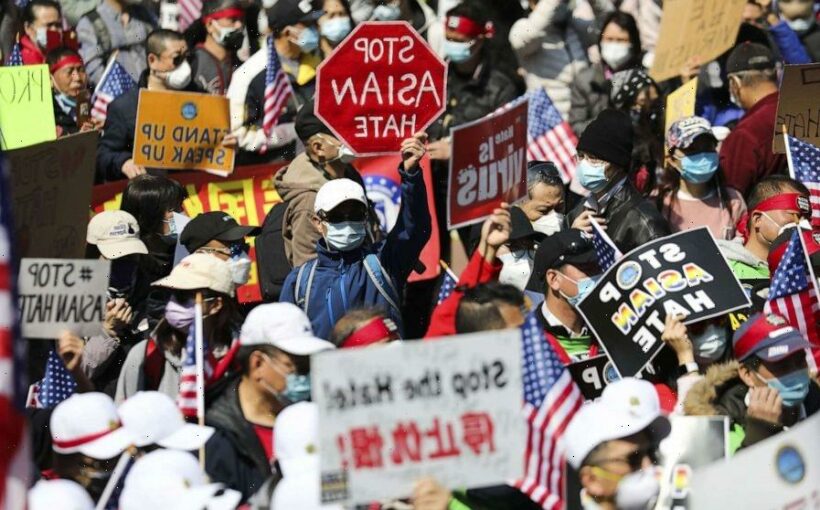 Violence and harassment against Asian Americans continue to make national headlines — but experts and advocates say some of those attacks may never be tried as hate crimes.

Several factors can deter investigators from pursuing a crime as one motivated by hate, they said.

Without solid evidence of hate speech to indicate a perpetrator’s motivation, seemingly random attacks against people from marginalized communities may instead be pursued as traditional criminal offenses, creating a problem with combating hate crimes.

Hate crimes can be determined by a standalone law describing a specific act as a hate crime, or, can be a traditional criminal offense with some element of bias, according to the FBI on its website.

To convict someone of a hate crime, the offense must be motivated, in part, by a perpetrator’s intolerance against someone’s “race, religion, disability, sexual orientation, ethnicity, gender, or gender identity,” the FBI site reads.

Deputy Legal Director Scott McCoy of the Southern Poverty Law Center said that clear signs of bigotry or intolerance: a slur, racist vandalism or a perpetrator’s association with an extremist group — can lead to a charge of a hate crime. However, those clearer-cut cases are rare, he said.

“Hate crimes [that] involve someone literally … beating someone up and yelling racial epithets at them while they’re being beaten up,” are the easiest to prosecute McCoy told ABC News. “But that rarely happens in society,” he said.

Recently, a spate of violent attacks targeting Asian Americans have occurred across the U.S., some stoked by anti-Asian rhetoric amid the coronavirus pandemic.

Stop AAPI Hate, a nonprofit organization that tracks anti-Asian attacks, found that there were more than 3,795 verbal and physical assaults between March 19, 2020 and Feb. 28..

And if there’s a language barrier, a victim may not even understand any hateful words from an attacker, attorney Stanley Mark of the Asian American Legal Defense and Education Fund, said.

“The police take racial slurs as a tipping point,” Mark told ABC News. “And if it’s not there, then, despite the murder, or assault or the underlying crime, they may not find enough evidence to classify it as a hate crime that’s racially motivated.”

Prosecutors often have to do a deeper investigation into a perpetrator to find any signs of bias on their social media accounts, as members of hate groups, or other ways to convince a jury that the victim was chosen because of their identity, according to McCoy.

When minority communities are targeted by hate crimes but don’t have faith or trust in law enforcement, these attacks go unreported, according to research by the International Association of Chiefs of Police. And in what McCoy calls “a vicious cycle,” if the attacks are not reported, there won’t be any resources spent on solving these issues.

A study by the Center for the Study of Hate and Extremism at California State University, San Bernardino, reported that attacks against Asian Americans and Pacific Islanders jumped by roughly 145% in 2020.

“We live in a white supremacist society,” Mark said. “As to why this legacy (of discrimination against Asians) doesn’t get incorporated into a context that allows for this spike in attacks against Asians to become classified as racially motivated — it shows, in my opinion, implicit bias among the people who are making that determination.”

Robert Boyce, a retired chief of detectives from the New York Police Department and an ABC News contributor, said that law enforcement officers tasked with investigating a crime’s motivation face many obstacles in finding evidence of hate.

While there are some easy identifiers — like hate speech, a victim’s religious garb or if hateful symbols like a swastika or a noose is present ay a crime scene — a deeper investigation into perpetrators can help solidify the case, he said.

If none of the common signs of hate are present, Boyce said officers may search closed-circuit television footage, social media platforms, past criminal records, license plates, and more to connect the dots to a hate crime charge.

“It’s important that law enforcement puts the resource into it,” Boyce told ABC News. “You have to be out in front of (acts of hate). These charges have to come down hard and we push all the information out to the public and let people know (these kinds of perpetrators) are out there. They’re a lot of video cameras to survey. There’s a lot of work to it.”

But unless law enforcement or prosecutors have done substantial research or has clear-cut verbiage or signage of hate, Boyce said there won’t be a solid argument to ensure that the hate crime statute follows through in court. It’s not enough for the victim to be of a “protected class,” Boyce said, and said that he believes a deep investigation into the perpetrator “has to be done.”

Discrimination is a long-standing part of U.S. institutions, Mark said, and that the country’s legacy of racism not only helps promotes anti-Asian sentiment but also affects the way hate crimes are charged.

“Now you have this wave of COVID-19 being a foreign virus, and you had the rhetoric coming from highest parts of the government scapegoating Asians,” Mark said, referencing the Trump administration’s use of the terms “China Virus” and other derogatory phrases to describe the coronavirus pandemic. “How much weight do you give the context in which these things happen?”

Some legal experts say determining the motivation behind a hate crime should go beyond simple identifiers like slurs or vandalism.

ABC News analyst, attorney and journalist Sunny Hostin said the March 16 Atlanta shootings in which eight people were killed, including six Asian women, is a prime example. All but one of the victims were women.

The shooter, Robert Aaron Long, a 21-year-old white man, is accused of going on a violent rampage to three local spas. Authorities say he claimed to have a “sexual addiction” and wanted to rid himself of “temptation” by carrying out the shootings at massage parlors he had frequented in the past.

“[The shooter] says, ‘No, I wasn’t motivated by racial hatred, it was a sex addiction.’ And the first thing people jumped at was: ‘yes, you know, this is a mental illness issue,’ when in fact, sexual addiction is not considered a mental illness under the [Diagnostic and Statistical Manual of Mental Disorders],” Hostin said. “When I looked at it from a federal law enforcement perspective, it was textbook, a textbook hate crime.”

Advocates, like Mark and McCoy, believe that Long’s actions shouldn’t be taken out of the context of the current spike in anti-Asian attacks and that his comments on his “sexual addiction” hint at a form of racist misogyny.

Long has been charged with four counts of murder and one count of assault. He has not been charged with a hate crime and investigators have yet to find traditional, tangible evidence of bias. Long has not yet entered a plea.

“If you’re not looking for racial motivation, you’re not going to find it,” Mark said.

“People are more concerned about being called racist than actual racism — and it kind of goes back to this notion of white supremacy, and systemic racism,” Hostin said. “When you call something a hate crime, sometimes juries want to find another reason at the root of a crime, anything other than racial animus. And I think that’s one of the reasons why some of these cases are very difficult to process.”