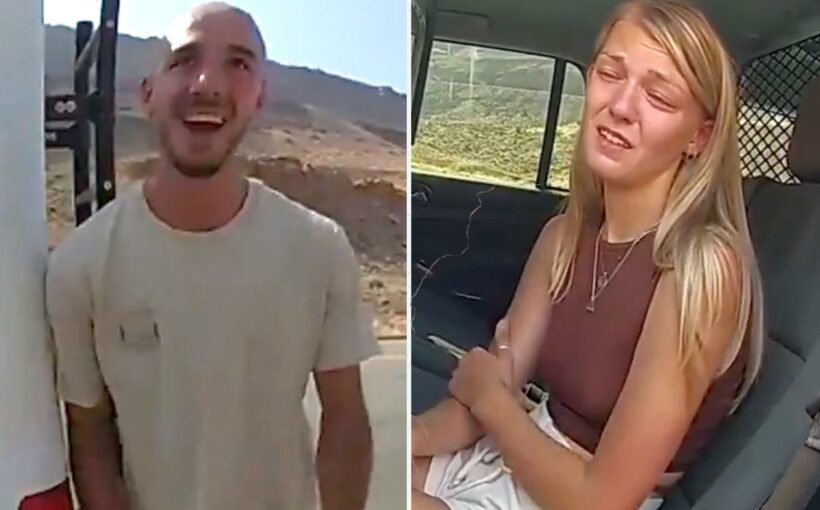 THESE are the haunting last words from the Moab cop to Brian Laundie after the arguing couple were stopped and told to take some time apart.

Police footage emerged of the"van life" blogger crying after an altercation with boyfriend Brian Laundrie which caused them to hit a curb and prompted police to flag them down. 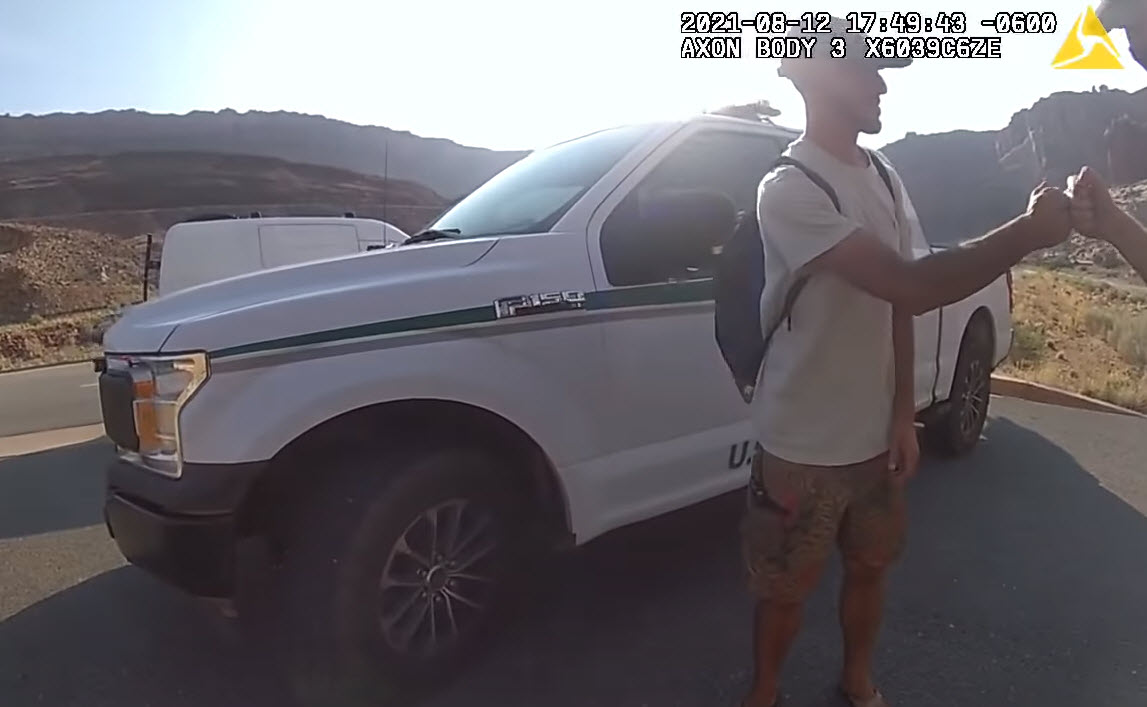 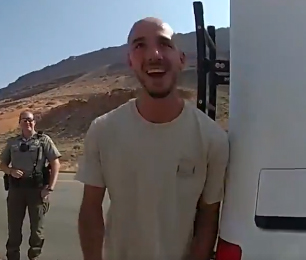 The cop reassures the couple that it's normal to fight and sets Brian up with a separate place to sleep for the night.

He said: "If I were to say that me and my wife haven't had our fair share of spats, I'd be lying to you."

And says that they shouldn't contact each other over night but that Gabby was sending her love.

The officer takes photos of Brian including any apparent scars or bruises that could be "from her", "I just want to document everything', explains the officer.

He then drives Brian Laundrie to a motel to drop him off, and as a closing remark said: "Just remember my requests and I think it will make a big difference for you guys' next couple weeks."

To which Brian responds: "I really appreciate it thank you so much, for everything."

They shake hands and the officer gladly says: "No problem, it's nice meeting you Brian."

The two high school sweethearts documented their nomadic "van life" through national parks in the American West on Instagram and YouTube.

And the couple had been travelling since July before Mr Laundrie returned home to Florida alone with their white van on September 1. He did not contact police or the Petito family on his return.

Ms Petito's family reported her missing 10 days later and on September 19, 2021, authorities in Wyoming announced a body was found in the area where the search for Petito had been underway.

Several weeks earlier, police in the Utah town of Moab were called to a possible domestic violence incident.

Bodycam footage showed Ms Petito crying and complaining about her mental health, being told to spend a night apart. A police report later said Mr Laundrie claimed Ms Petito had struck him during an argument.

No charges were filed, with officers recommending that the couple spend the night apart. What happened next is unclear.

Mr Laundrie, currently the only person of interest in this case, remains missing and not cooperating with police.

His family reported his disappearance this past weekend, saying he had left for a hike on 14 September and never came back.

Police and FBI are on the seventh day of their search for Mr Laundrie. Teams are scouring the Carlton Reserve, a 24,000-acre county park in Florida's Sarasota County with police dogs, drones, and all-terrain vehicles.

And a lawyer has claimed that the FBI may know where he is, but they are not ready to bring him into custody just yet.