Home » World News » He was magnificent, once: The end of Antoine’s restaurant 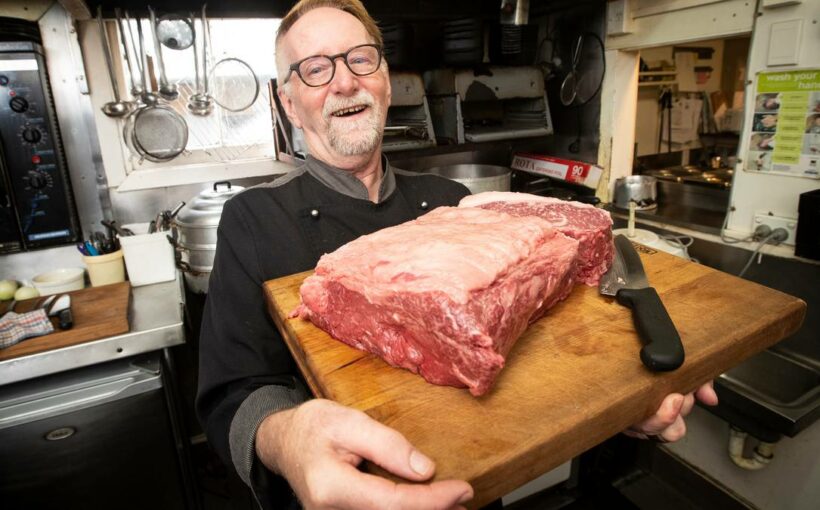 So long, then, Tony, and thanks for the duck.

There was a time in Auckland when nobody cooked a better duck than Tony Astle, at his eponymously named restaurant Antoine’s. Lesser mortals might think of the recipe merely as duck a l’orange. Astle, following Julia Child, did it with a Grand Marnier sauce so superb that, in its day, it made you wonder if you were wasting your money eating anywhere else.

That’s if you had money to start with. Astle was a classical chef, dedicated to French cuisine, served the way Michelin expected it to be served, in a restaurant where the waitstaff were impeccable and the wine list ran all the way up to $25,000 bottles of Chateau Petrus.

Each night for 47 years the front door was locked: you had to knock and wait to be admitted. You couldn’t pay by eftpos: if you didn’t carry a chequebook, he had a zip-zap machine for your silly piece of plastic. The wallpaper never changed.

The menu did: changes to the client base saw whole spiced fish and congee dishes begin to appear. But Astle kept his classic menu too. Offal, not just livers and brains but tripe as well. Slabs of beefsteak, the sauce always a challenge to your heart.

Antoine’s was where you went if you wanted to be treated like a ridiculously posh person and you had the money to pay for it. Astle owned a Rolls Royce. He refused some people entry, he threw others out, he swore all the time. John Key, who lived nearby, used to turn up at the side door to pick up his supper, late at night after a hard day running the country.

Many of the top chefs of Auckland learned their trade at Astle’s knee: Simon Wright, formerly of the French Cafe; Michael Meredith, Simon Gault too. Astle taught them food and he also taught them how to run a restaurant.

The defining story of Tony Astle’s life: In his first week on the job, as a teenager, he chopped off two of his own fingers. He was the young tyro, confident enough to slice down hard and clean all the way to the board, brash enough not to know where his fingers were while he did it.

He ran his restaurant like that. The epitome of the 1980s: dashing and daring and better than everyone else. Later on, though, when his protégées went out and reinvented the possible, Pacific-European with a casual style and the food fresh and fabulous, Astle was not tempted.

He’d been magnificent, once. Why bother trying to be anything else? So the cooking stayed great and the wallpaper got shabbier and the customers drifted away.

Now Antoine’s has closed and a great many restaurants serve duck. Many of them serve it better than you might expect, and for that we have Tony Astle to thank.